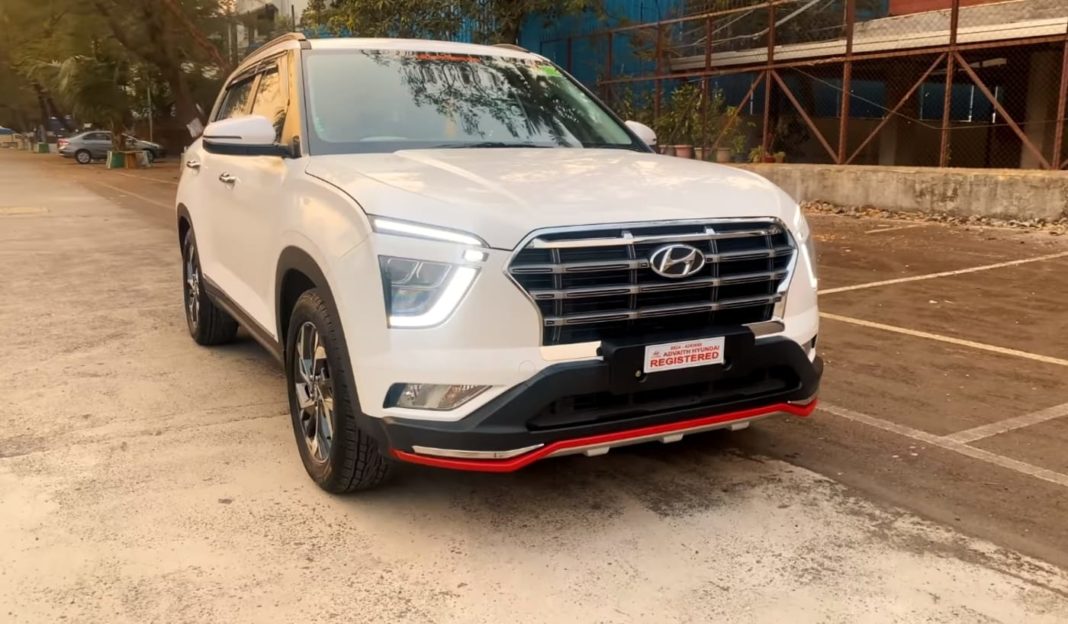 Check out this custom-built Hyundai Creta, which has been transformed from base ‘E’ variant to top-spec ‘SX’ trim

The second-generation Hyundai Creta was launched in our market in March last year. The SUV quickly climbed the sales charts after launch, and it’s currently the best-selling SUV in India. Due to its popularity, we also see plenty of modified examples of the Creta, and here, we bring you another one. This particular model started life as a base ‘E’ model but has now been transformed into the top ‘SX’ variant.

The mod job has been performed by Vig Auto Accessories, a custom car workshop based in Mumbai. At the front end of the vehicle, we see a chrome grille, the same as the top-end variant. The single-projector headlamps have been replaced by the trio LED lights, and the foglamps are now LED as well. The front bumper gets an aftermarket faux diffuser, with red and chrome inserts, along with a fake bash plate underneath.

The 16-inch steel wheels have been replaced by 17-inch machine-cut alloys, shod with Continental tyres. The roof rails now get a matt black finish, and the SUV also gets door visors with chrome trim, chrome lining for the window sills, and chrome door handles. Chrome strips have also been added at the bottom of the doors.

The rear bumper has been given a faux diffuser treatment (with red fins), along with chrome-tipped fake quad exhaust pipes. The rear foglamps and taillights are now LED, and a shark fin antenna has been added. On the windows, infrared heat rejection films have been applied, which also gives it a slight tint. Power windows have been added, with matrix LED indicators in the mirror.

In the cabin, we see a dual-tone black and white colour theme, with leather wrapping on the door armrests. New ultra-soft seat covers have been added, and the centre armrest is also wrapped in leather. The steering wheel is leather-wrapped as well, and gets integrated buttons for audio and cruise control. Ah yes, a cruise control system has also been installed here. 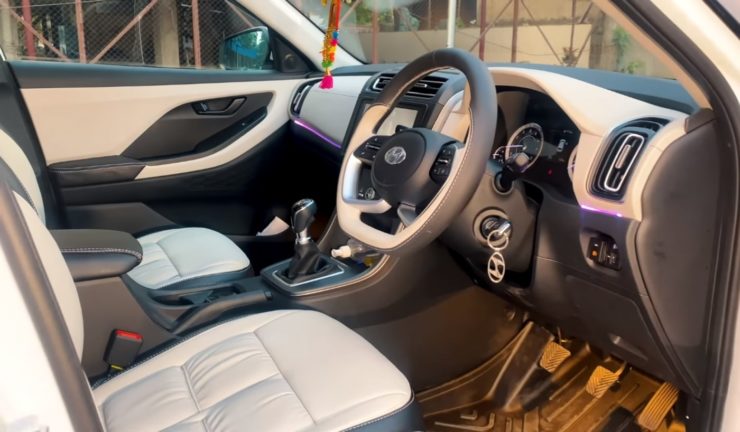 We also see illuminated scuff plates (in white lighting), along with multi-colour ambient cabin lights. A Sony tablet has been added for the infotainment system, and a new Ground Zero audio system has been installed. The infotainment system can also connect to the internet via weblink. This is definitely one of the most thorough mod jobs we’ve come across.