A few days ago, Hyundai unveiled the Casper micro SUV in South Korea and is expected to go on sale this month there before reaching India by the middle of next year. The Casper’s real-world exterior review from its home market has come out and it gives all the detailed information about the exterior of the affordable SUV.

The Casper will sit below the Venue as the brand’s smallest SUV in footprint and it could get a different nameplate for India. The eccentric-looking exterior boasts a split LED headlamp cluster with LED Daytime Running Lights positioned on top in a glossy black panel having a Hyundai badge in the middle.

The front and rear windows have different shapes and the raked A-pillar is blacked out along with body-coloured B- and C-pillars. It also features pillar mounted rear door handles and the upper portion of the rear has a glossy black look with the triangular LED lighting motifs. The round-shaped taillights are grafted on the bumper as the front.

As for the dimensions, the Hyundai Casper measures 3,595 mm in length, 1,595 mm in width and stands 1,575 mm in height. Sitting on the same K1 architecture as the Santro, the micro SUV will compete against Mahindra KUV NXT, Maruti Suzuki Ignis, Renault Kiwd and others. Compared to Venue, the Casper is a massive 385 mm shorter. 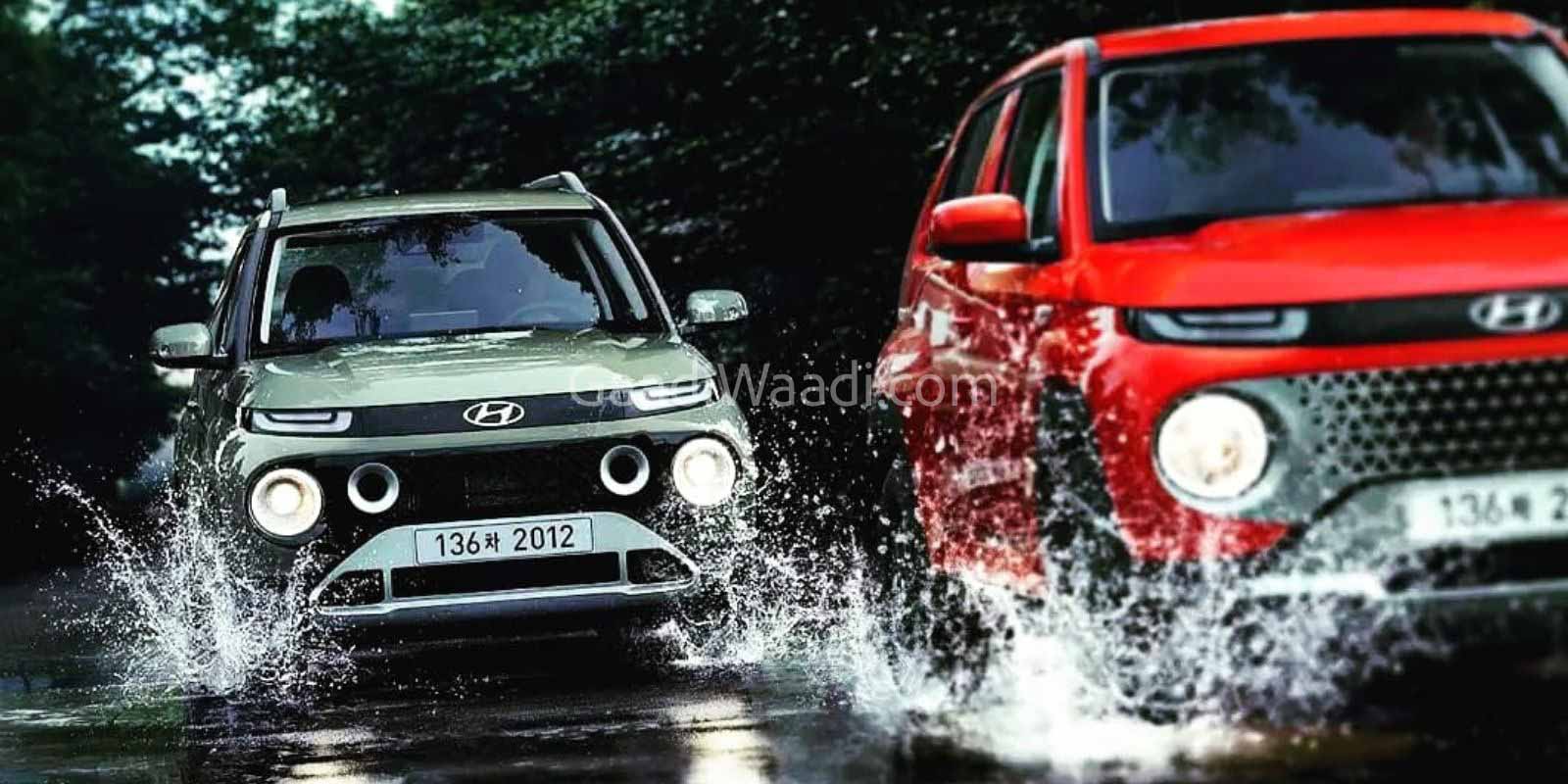 As for the performance, a 1.0-litre naturally aspirated petrol and a 1.0-litre turbo petrol engine will be utilised in South Korea. The former develops 76 hp while the latter kicks out around 100 hp. A four-speed torque converter automatic transmission is offered and India could get a 1.2-litre petrol from Grand i10 Nios with a five-speed MT as standard.