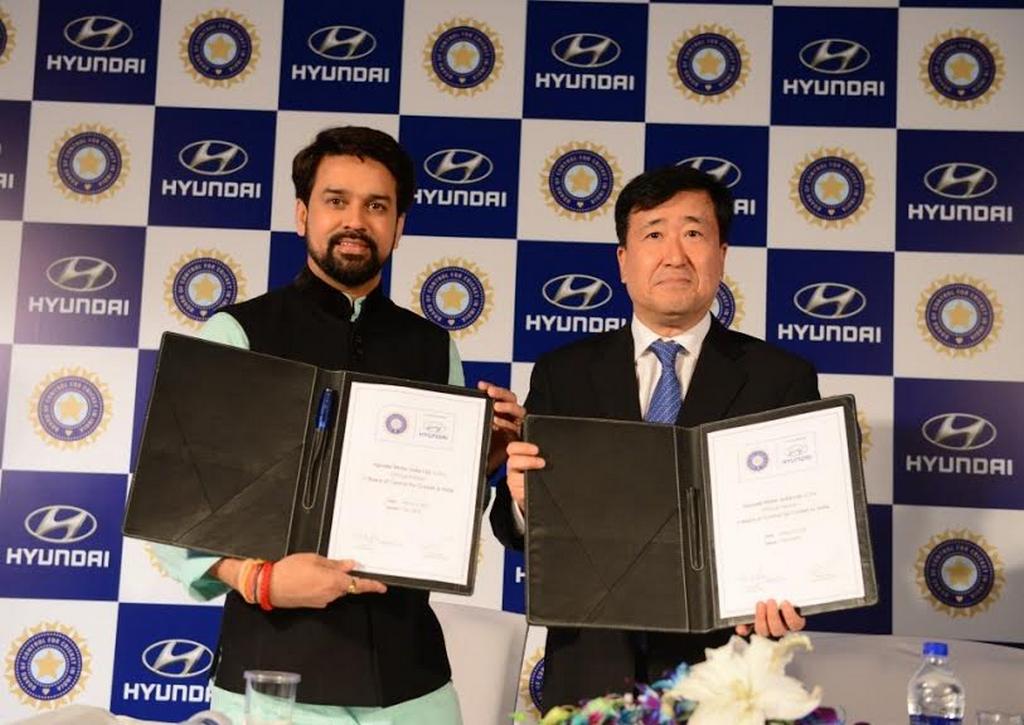 Hyundai Motor India Ltd. (HMIL) and BCCI (Board of Control for Cricket in India) have signed an official partnership deal for the transportation of VIPs and officials during tournaments held in India. The alliance has been penned for four years to become the official partner for matches hosted across the nation.

The agreement allows the second largest car maker in the country to get the exclusive category rights as well. Hyundai considers this partnership as a vital element of its PR strategy and as cricket being the most popular sport in the country, the new deal will certainly expand its growth locally and also internationally. Hyundai has a huge presence in the World Rally Championship with its own factory team and the rally car is based on the i20 hatchback. The South Korean manufacturer supports global sports such as Golf and Football as evident from its sponsorship in major PGA tournaments and the Hyundai I League football championship contested in the Australian continent.

The apex cricket body of India, BCCI, is the wealthy cricketing board in the world largely because of the highly enthusiastic spectators in our nation and its popularity will seemingly last for eternity. Therefore, the association with BCCI for four years will form the core culture to increase the visibility of the already successful brand within India and beyond.

Apart from providing the transportation, Hyundai plans to unravel innovative engaging activities for cricket fans across the country – much like Nissan has been doing with the 2016 T20 World Cup. The promotional activities will include Trophy Tours, Hyundai branding on dug-outs and car display inside the stadium as the agreement will cover all three formats of the game: Test, ODI and T20.