Hyundai AX1 is expected to launch in India in early 2022 and it could be pitted against Maruti Suzuki S-Presso, Tata Hornbill and Mahindra KUV

In the Indian market, the micro SUV segment is expected to face a boom in the near future and thus new manufacturers will step in to grab a pie. It must be noted that the compact SUV and mid-size SUV segments have gained huge attention in the last few years resulting in new models entering the respective spaces and most of them have been successful.

The micro SUV segment is positioned below the compact SUV space and therefore it could target more volume based customers wanting to own an affordable vehicle. Maruti Suzuki India Limited (MSIL) introduced the Heartect platform based S-Presso in late 2019 and it has made everyone to take note of the segment but the Mahindra KUV could not become as big a success.

However, the micro SUV class will see the debut of the HBX concept based Tata SUV during the course of this calendar year. It will follow the launch of the 2021 Tata Safari bound for this month. The HBX/Hornbill will sit below the Nexon and in a similar fashion, Hyundai Motor India Limited (HMIL) will more likely step into the segment with a more compact take on the Venue. 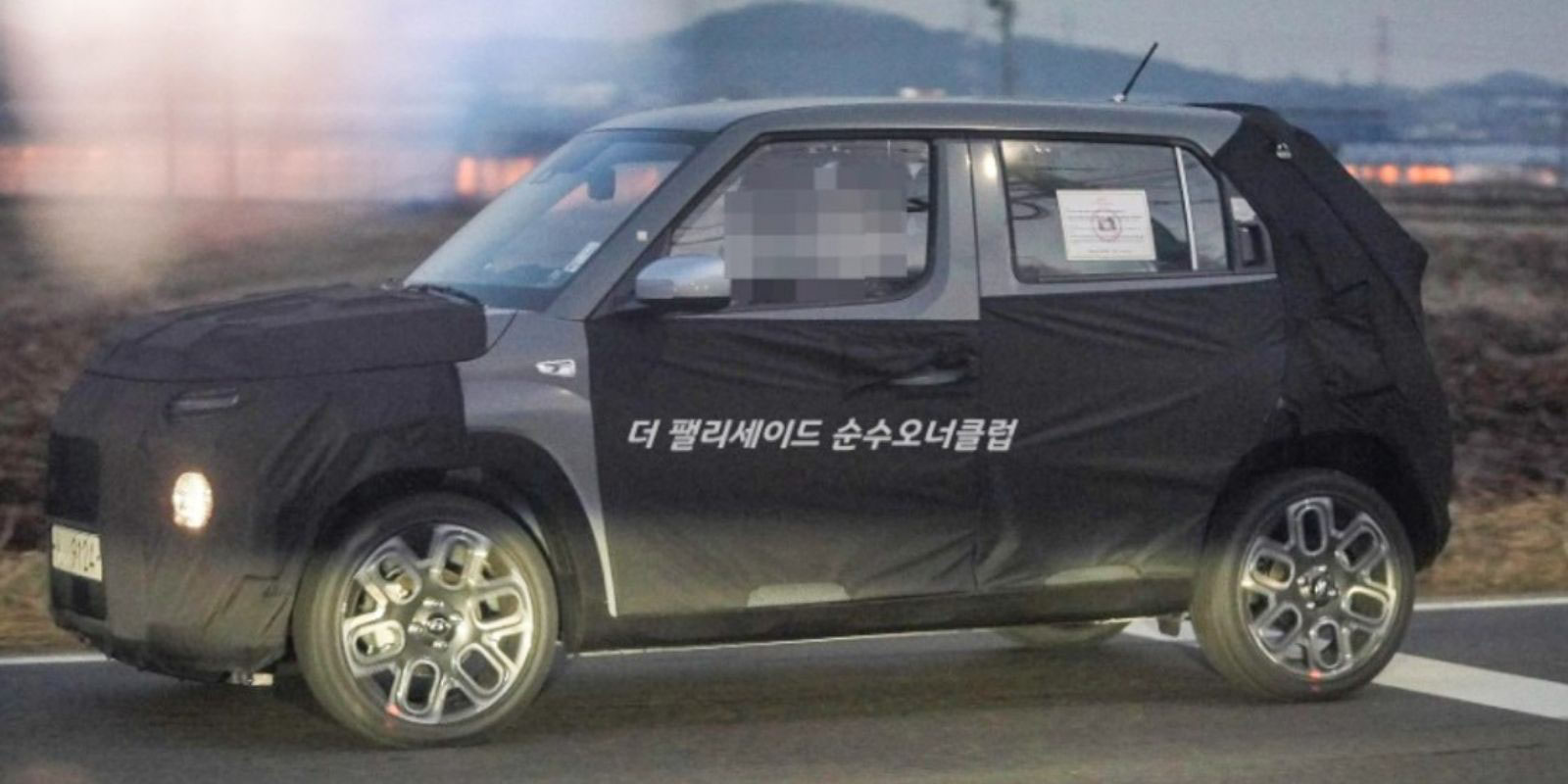 Codenamed AX1, the sub-four-metre SUV has already been spotted running trials in its home market of South Korea and a latest set of spy images further give a sneak peek into the design details. Just as the Venue, the Hyundai AX1 gets a split headlamp cluster with headlamps mounted on the bumper while an eyebrow-shaped LED Daytime Running Lights are positioned above.

The chrome radiator front grille can be clearly seen in the spy images as the micro SUV will be based on the Sensuous Sportiness design philosophy followed by the brand. Elsewhere, you could notice the clamshell-shaped bonnet, raked windshield, tall pillars and ORVMs. Other highlights are black wheel arch cladding, dual-tone alloy wheels, wraparound LED tail lamps and single piece tailgate. The Hyundai AX1 is expected to be powered by a 1.2-litre four-cylinder naturally-aspirated petrol upon its arrival in India. It could be paired with a five-speed manual or an automatic transmission option.