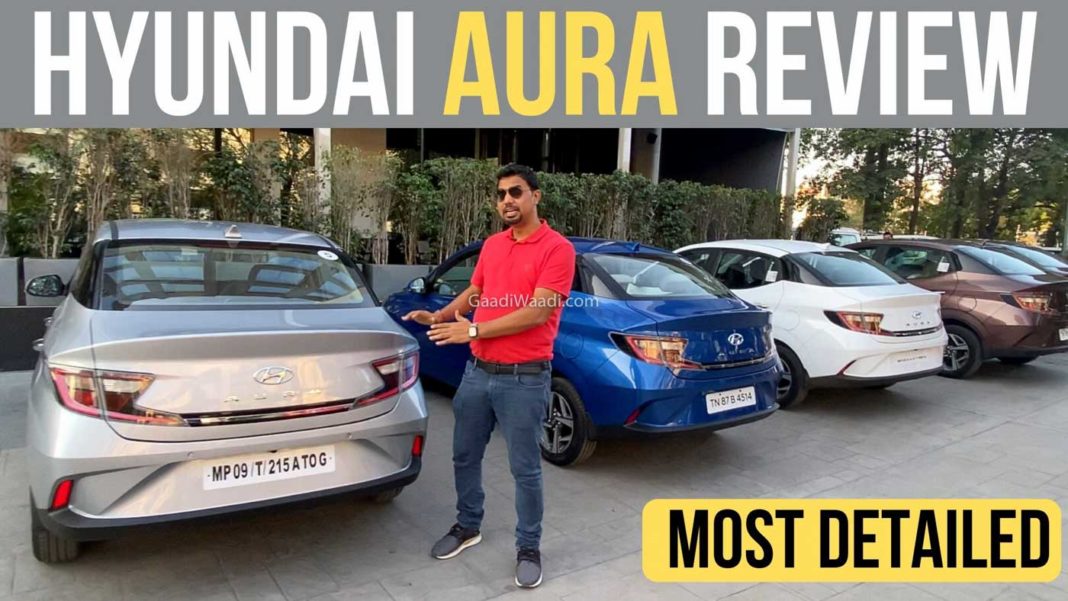 Hyundai Motor India Limited (HMIL) introduced the Aura in the domestic market just a week ago for prices between Rs. 5.79 lakh and Rs. 9.22 lakh (ex-showroom). We had put it through its paces in our first-drive and found out a lot of things that have been explained in the video linked below. The Aura is powered by three engine and two gearbox choices and delivers the best-in-class driving dynamics.

Moreover, the ride good is also on the positive side while the steering feedback is certainly another class-leading aspect. The suspension, on the other hand, backs it up with premium ride quality and the braking performance is equally better. The NVH levels are well contained to enhance the premium rideability of the subcompact sedan.

We can go as far as saying that the Aura felt like a C-segment sedan with its class-best driving dynamics. The five-seater drew inputs from Hyundai’s design centres in Chennai, Hyderabad and Korea and resembles the third generation Grand i10 Nios in plenty of ways. The styling is another advantage the Aura has over the Xcent as it certainly ups the game to appeal for more personal buyers.

The sedan takes power from a new 1.0-litre turbocharged GDI petrol producing 100 PS and 172 Nm while the Kappa 1.2-litre four-cylinder petrol makes 83 PS and 114 Nm. The single 1.2-litre Ecotorq four-cyl diesel develops 75 PS and 190 Nm of torque. A five-speed manual transmission is offered as standard on all three motors while the 1.2-litre petrol and diesel can also be had with a Smart Auto five-speed AMT.

The smaller 1.0-litre turbo that is also used in the Venue was a certain fun to drive and we did not have to frequently gear shift due to its adequate power and torque characteristics in the initial gears. However, the engine gets a bit noisier compared to the 1.2-litre petrol. Despite not being as fun, the 1.2-litre petrol was quieter and frequent gear shifting was needed mainly in traffic. 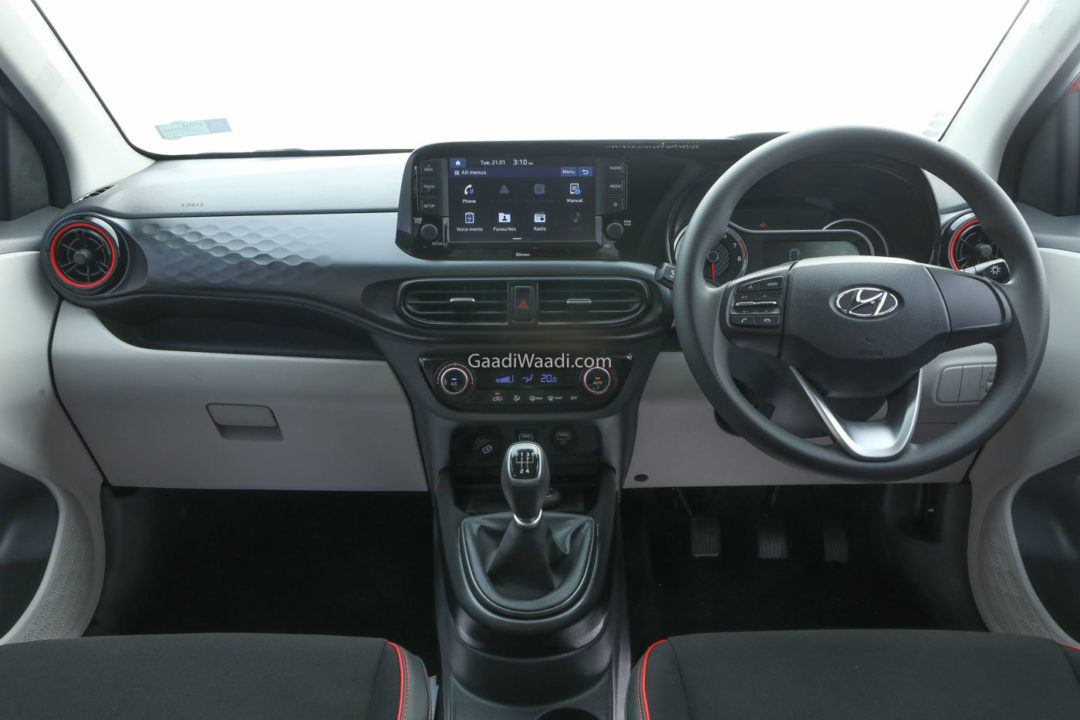 The comparatively smoother engine gets better when mated with an AMT as it reduces shifting efforts and thus the related fatigue on the long term. The diesel unit was just like Nios’ and it had no turbo lag. It pulls forward gradually and felt a bit noisier compared to petrol. For more in-depth details, watch our Hyundai Aura first drive review above.