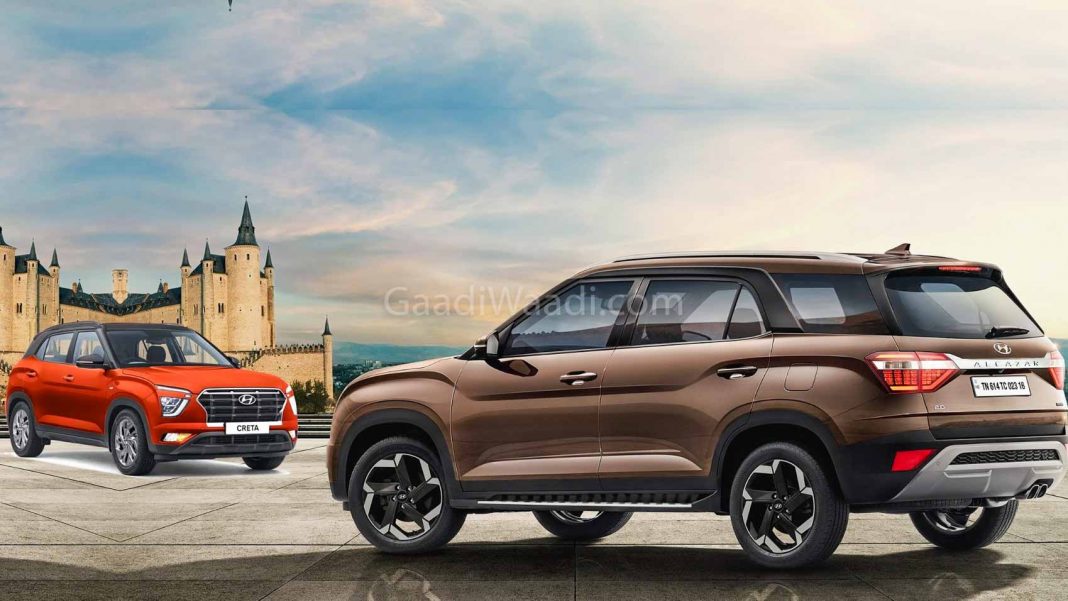 Check out our on-paper comparison of the soon-to-launch Hyundai Alcazar and its 5-seater sibling, Hyundai Creta

Hyundai has officially started accepting bookings for the Alcazar, and the prices are scheduled to be announced later this month. The new SUV is essentially a three-row version of the Creta, which will compete with the likes of MG Hector Plus, Tata Safari, and Mahindra XUV500 upon launch in our market.

There are plenty of similarities between the upcoming Hyundai Alcazar and the Creta, but there are many differences as well, which we’ve discussed in our comparison below. 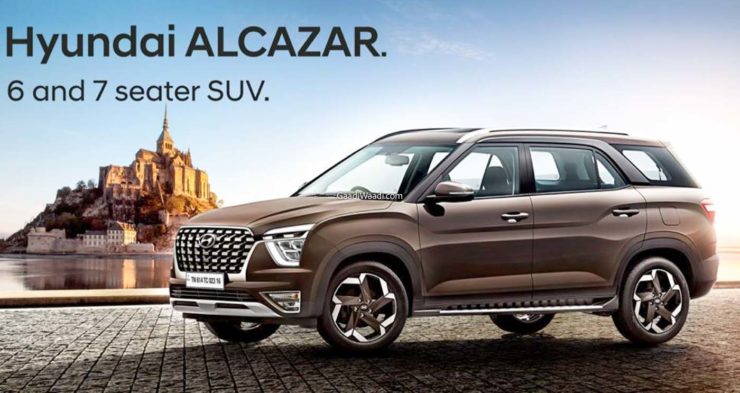 The exterior and interior design of the Alcazar is mostly the same as Creta, with only a few changes. It gets the same split headlamps, but with a chrome strip running in the middle that merges into the front grille. The grille design has been updated slightly as well, and the bumpers (front and rear) have also been restyled.

The new model is noticeably longer than the Creta, thanks to the extra seats at the back. At the rear, we also see new wraparound taillamps, along with a more upright tailgate. Also, The Alcazar comes with 18-inch alloy wheels, while the Creta gets 17-inch alloy rims. 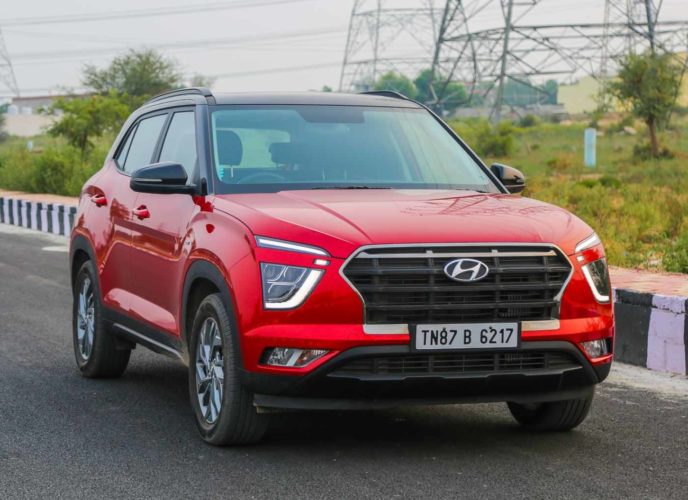 The exact dimensions of the soon-to-launch Hyundai Alcazar aren’t available yet. However, the manufacturer has revealed that its wheelbase length is 2,760mm, which is 150mm longer than that of the Creta. 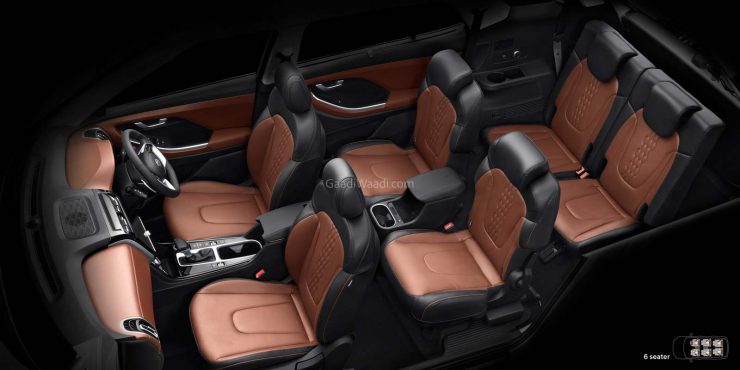 The Creta gets a lot of the same features as the Alcazar; it offers a 10.25-inch touchscreen infotainment system, connected car tech, power-adjustable driver seat, automatic climate control, panoramic sunroof, driving modes, traction control modes, etc. However, it misses out on the lane watch camera, and its instrument console is a semi-digital unit. 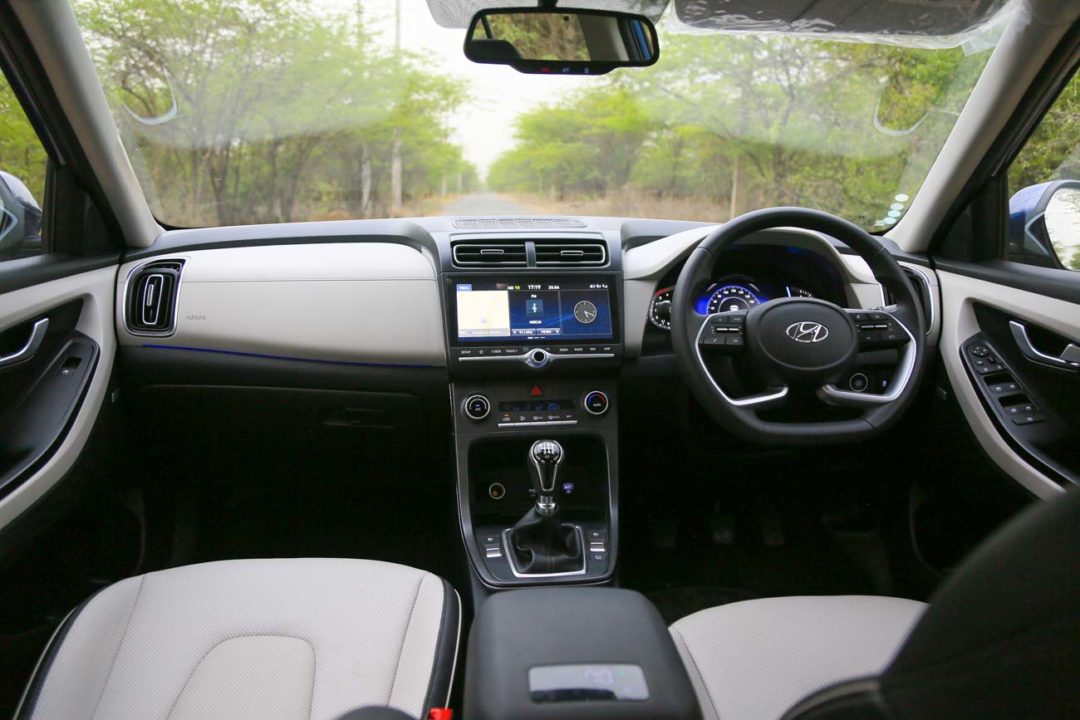 The interior design of Creta and Alcazar is quite similar, save for the different colour themes, and the additional third-row seating on the latter. Also, the Alcazar will be available in both 6-and 7-seat configurations. It will also get a first-in-segment wireless smartphone charger in the second row and folding tables behind the first row seats.

Hyundai Alcazar will be offered with two engine choices in India – a 2.0L petrol and a 1.5L turbo-diesel. The former is the same motor that does duty on the Tucson and Elantra, but tuned for more power. The diesel motor is the same one that’s also available on the Creta. 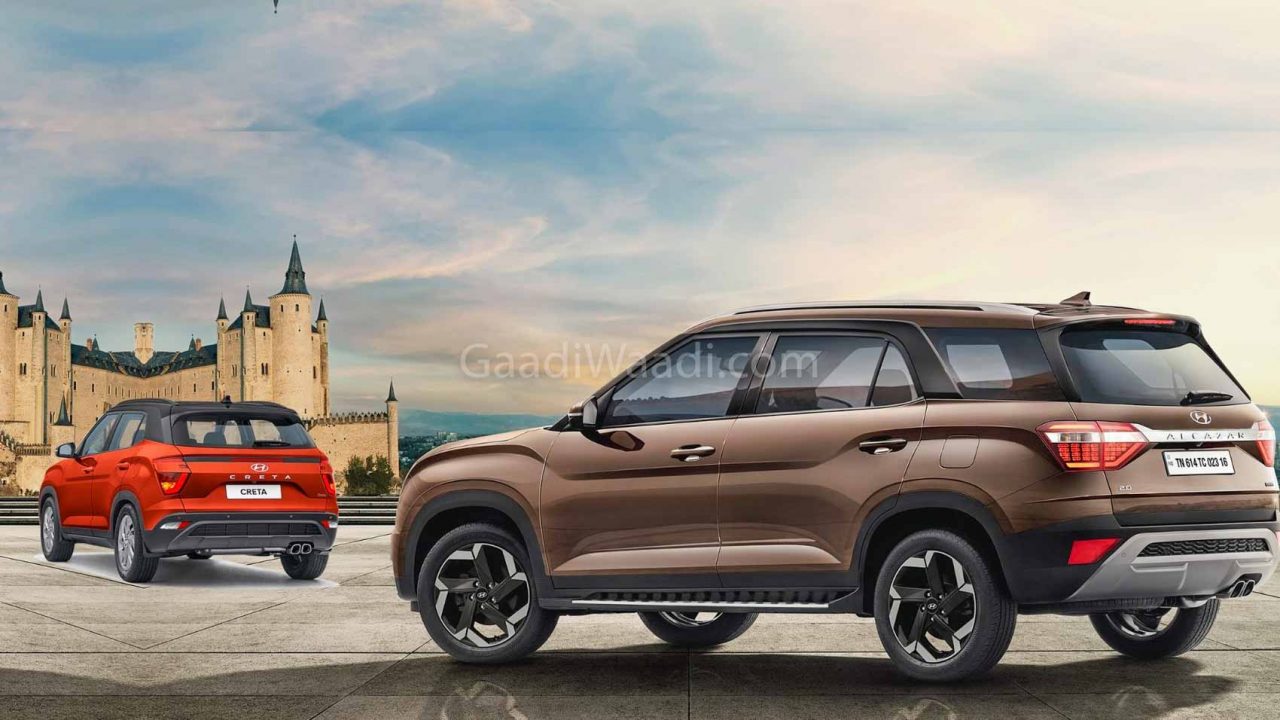 Hyundai Creta, on the other hand, gets two petrol engine options – a 1.5L motor and a 1.4L turbocharged mill – and one diesel engine – a 1.5L turbocharged unit. There are multiple transmission options on offer as well. Thanks to the multitude of powertrain choices, the Creta is the best-selling SUV in India right now. 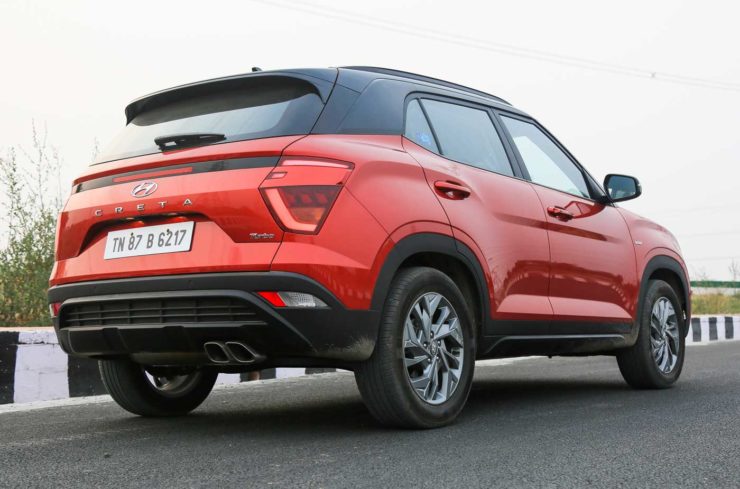 Hyundai Creta is currently priced from Rs. 9.99 lakh to Rs. 17.70 lakh in the Indian market. As for the Alcazar, its price list hasn’t been disclosed yet. That said, we expect Hyundai’s new three-row SUV to be priced between Rs. 13 lakh and Rs. 20 lakh. The Alcazar could serve as a great option for people who wish to have the practicality of a 6/7-seater vehicle, with Hyundai’s brilliant reach and aftermarket support.