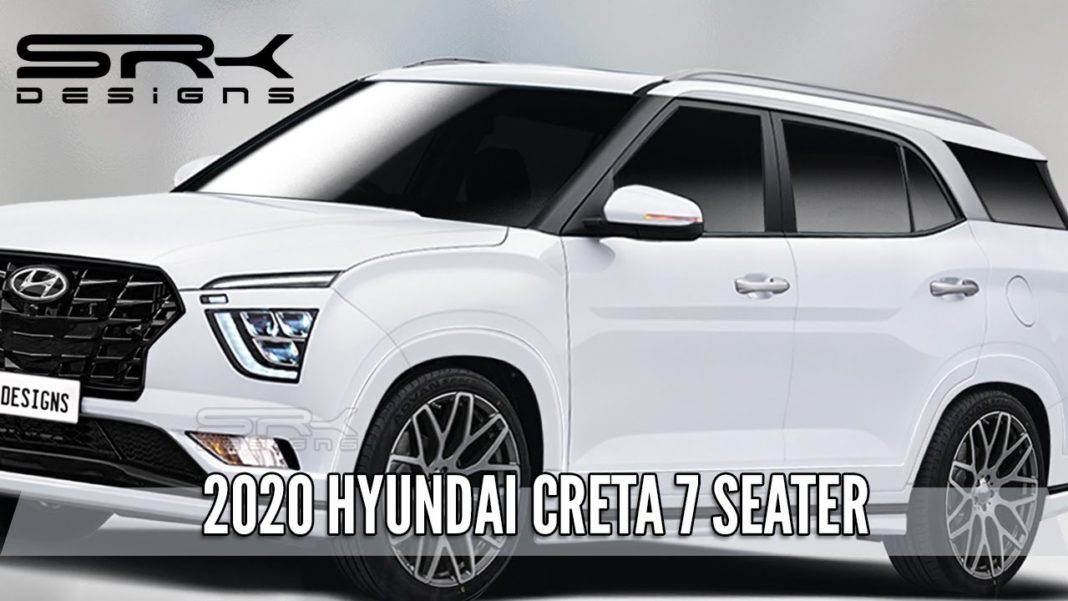 The second generation Hyundai Creta has met with imminent success in India and it straighten the brand’s SUV portfolio. In 2020, the South Korean auto major is expected to introduce the seven-seater version of the Creta and it could be christened ‘Alcazar’. It will cater to the three-row category in India as well as International markets like South Korea.

The Alcazar was spied wearing heavy camouflage a few weeks ago. While the test prototype gave us little details, we already know what could really be in store. As with any typical seven-seaters derived from their five-seater siblings, the Hyundai Alcazar will share its design cues with the regular Creta and it could be offered with the three powertrain options as its sibling.

To give our readers an early sneak-peek, here is the digital imagined Hyundai Alcazar. The rendering artist has made changes behind the B-pillar as the rear overhang will be longer compared to the ix25 based Creta. The Alcazar will share its wheelbase with the regular Creta but the overall length will be increased to accommodate the final row of seats.

The third row will allow for additional passengers and thus the Alcazar will provide better practicality mainly for the family-oriented buyers. The Alcazar could get new alloy wheels and the changes to the side profile could lead to a redesigned tailgate and updated LED tail lamps in the production-spec version. In the rendering though, the front grille has been revised for a more aggressive stance.

However, the split headlamp unit and the bumper section have been retained with blackened lower air dam portion while the faux skid plate has been given a miss. The Hyundai Alcazar is expected to compete against a slew of three-row SUVs including MG Hector Plus, Tata Gravitas, next-gen Mahindra XUV500 and others.