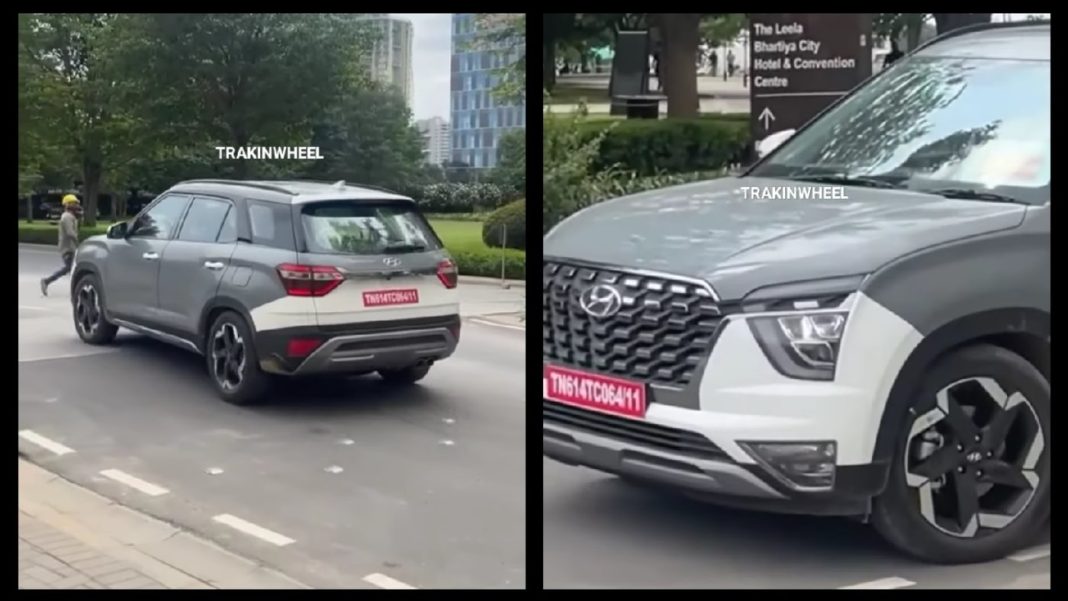 The upcoming Hyundai Alcazar CNG has been spied once again, and we believe its launch in the Indian market could happen soon

Due to the rising prices of petrol and diesel, CNG-powered cars have been steadily gaining popularity in the Indian market. Hyundai India is reportedly planning to add more CNG passenger cars to its range in the near future, and even the Alcazar SUV is expected to get a CNG powertrain option very soon.

Hyundai Alcazar CNG was reportedly spotted during a road test recently. The video below, posted by TRAKIN WHEELS, gives us a fairly good look at the vehicle. The technical specifications of Alcazar CNG have not been revealed, but there are two possibilities; the SUV’s engine could be either a 2.0L naturally aspirated unit or a 1.4L turbocharged unit.

Kia Carens is also expected to get a CNG powertrain option, which would be a bi-fuel version of its 1.4-litre turbo-petrol engine. The same powerplant could make its way to Alcazar CNG as well. However, some reports suggest that Hyundai could simply add a CNG kit to the 2.0L petrol engine of Alcazar.

Currently, there are two engine options available on Hyundai Alcazar. The first one is the aforementioned 2.0-litre, naturally aspirated, inline-4 petrol mill that belts out 159 PS and 191 Nm of maximum power and torque, respectively. The second one is a 1.5-litre, turbocharged, inline-4 diesel motor, with 115 PS and 250 Nm on tap.

Transmission options consist of a 6-speed manual and a 6-speed torque-converter automatic, available on both engines. Hyundai Alcazar manages to achieve decent monthly sales numbers currently, and the addition of a CNG powertrain option is expected to help boost sales. At the moment, only Hyundai Aura and Grand i10 Nios are available with a CNG engine option.

All prices listed above are ex-showroom, New Delhi