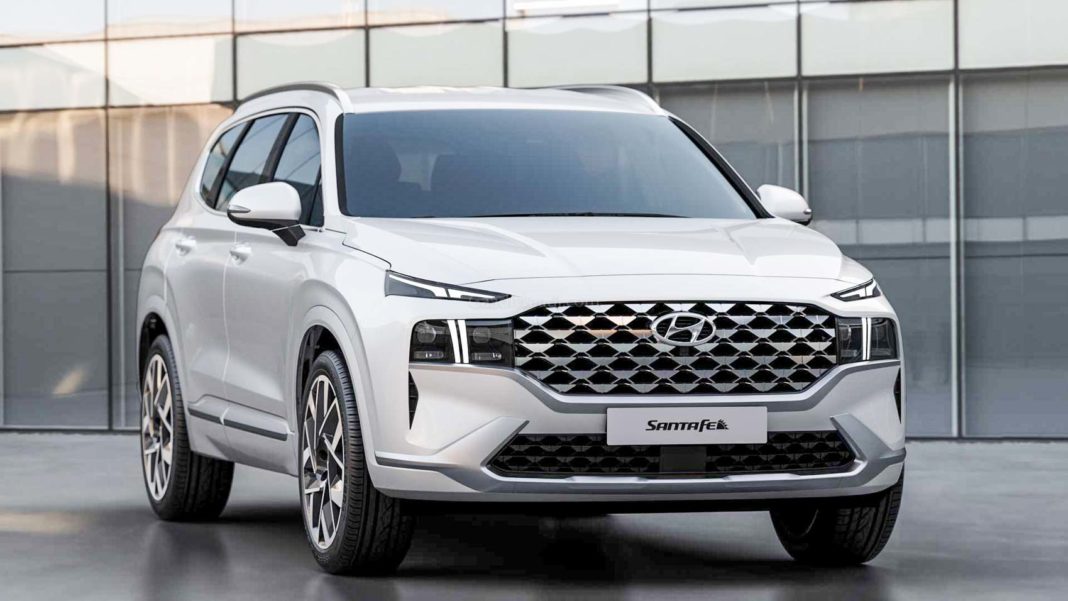 Here, we shall take a closer look at the recently unveiled Hyundai Santa Fe facelift’s hybrid and plug-in hybrid powertrains

Hyundai Santa Fe was recently unveiled for the international markets. The crossover SUV will be offered with a hybrid variant in the European market, with a plug-in hybrid version slated to be added next year. Both these powertrains are extremely powerful yet extremely fuel-efficient, while also emitting lesser emissions.

The Hyundai Santa Fe hybrid features a 1.6-litre, turbocharged, inline-4 petrol engine, which is mated to a 6-speed automatic transmission and a 44 kW electric motor. The latter derives its power from a 1.49 kWh lithium-ion battery pack. The combined power output from the petrol/electric hybrid powertrain is 228 PS and 350 Nm.

The Santa Fe plug-in hybrid will feature a more powerful Li-ion battery and electric motor than the hybrid version – 13.8 kWh and 67 kW, respectively for the battery and the motor. The engine is the same 1.6-litre turbo-petrol unit paired to a 6-speed automatic gearbox. The combined output is higher, at 265 PS, although the torque output remains constant at 350 Nm. 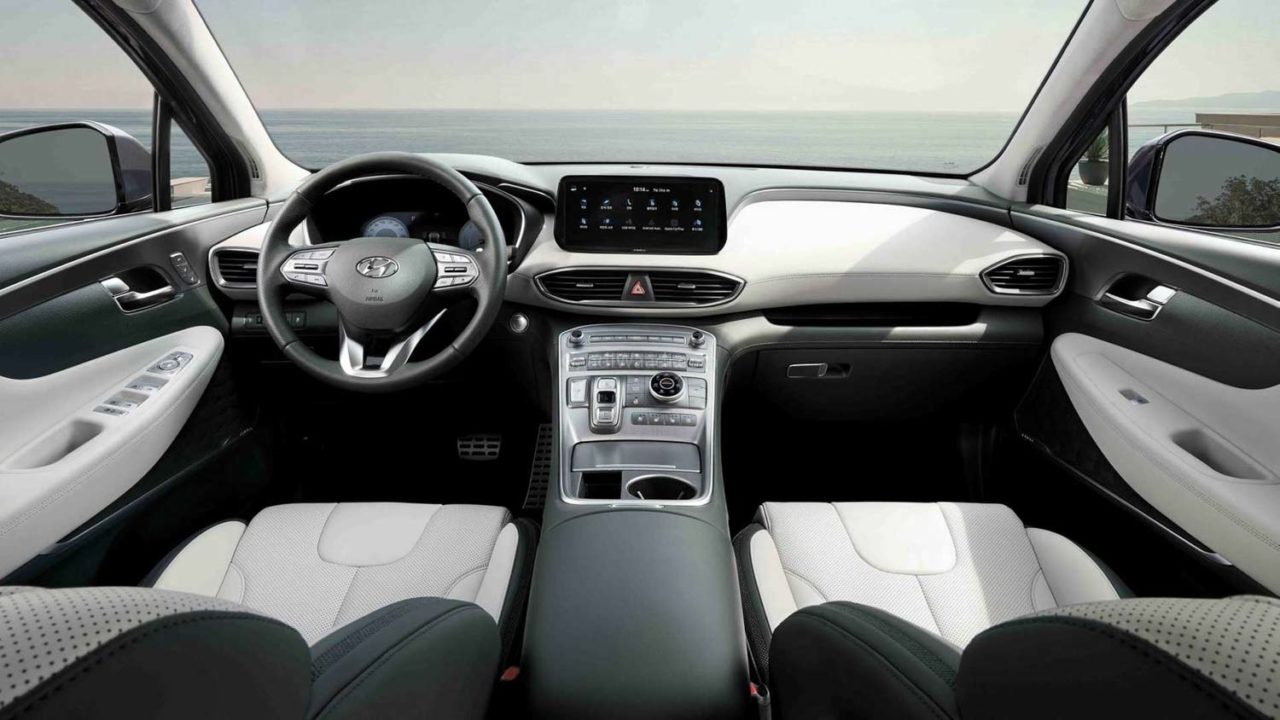 Similar powertrain setups are also available in the MY2021 Kia Sorento. Apart from that, there will also be a few non-hybrid engines on offer in the Santa Fe. Hyundai hasn’t confirmed it, but reports suggest that there will be two more engine options available with the new Hyundai Santa Fe. The first one is a 2.2-litre, turbocharged, inline-4 diesel engine, which generates 201 PS and 440 Nm. The second one is a 2.4-litre, naturally aspirated, inline-4 petrol engine that can produce 186 PS and 241 Nm.

Apart from the new hybrid engine, a lot more has changed on the new Santa Fe. Although it is a midlife facelift, the company claims that the platform is entirely new, and offers improvements in terms of handling, performance, fuel economy, and safety. The new Santa Fe has a lower centre of gravity than the previous iteration, and is lighter as well. You can also opt for an AWD system with the PHEV, whereas the regular hybrid is only available as an FWD car. 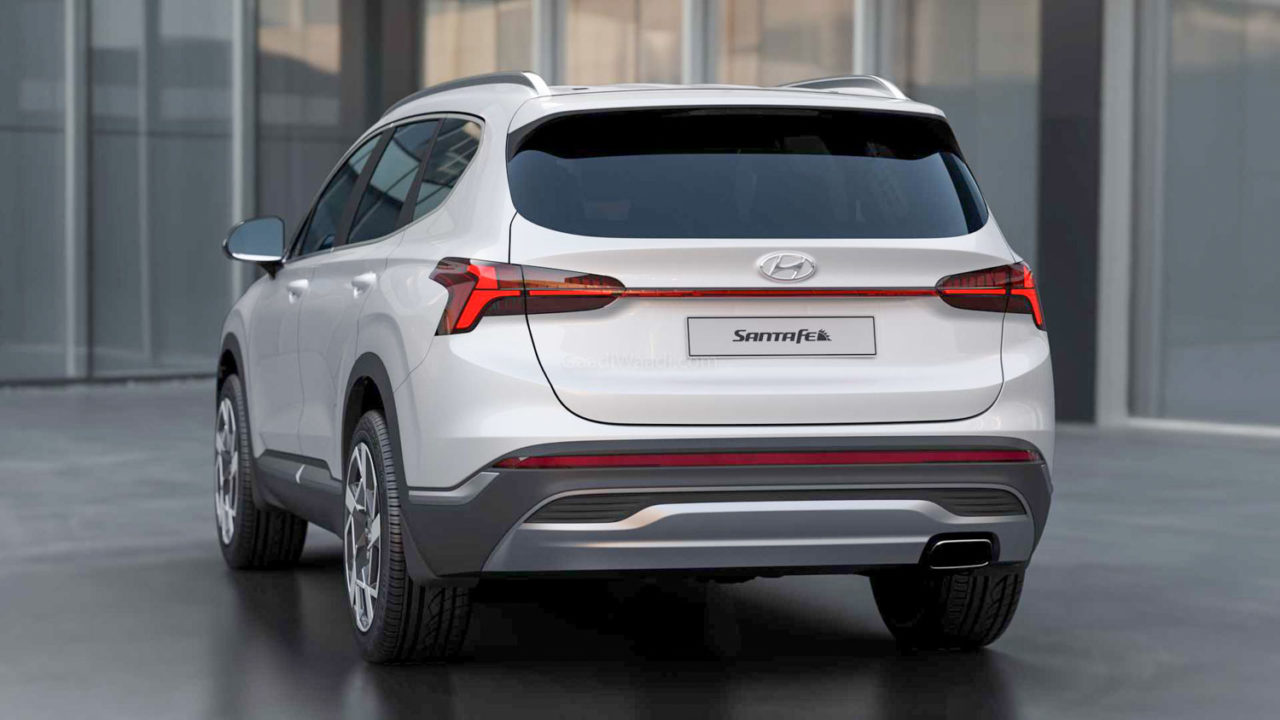 The cabin space has improved as well, especially in terms of legroom in the second- and third-row seats. In terms of safety features, the Santa Fe offers Emergency Braking system, Blind-Spot monitoring, Safe Exit Assist, Lane Keep Assist, and Cross-Traffic Collision-Prevention Assist. You also get a Terrain Mode selector with the following modes- Sand, Snow, Mud, Eco, Sport, and Comfort.