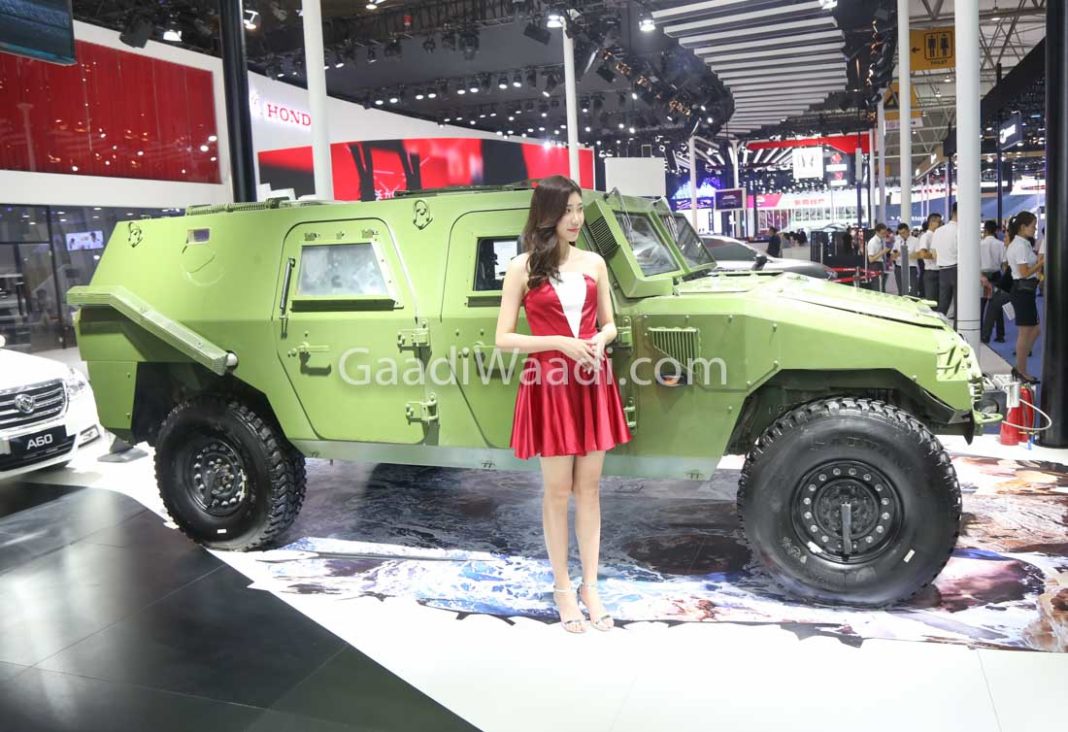 Team Gaadiwaadi have covered the 2018 Chengdu Motor Show LIVE from the venue. The motor show was host to some really interesting vehicles. However, there were a handful of vehicles that were very quick to catch our attention. One such model is this military truck that is based on the Dongfeng EQ2050.

The Dongfeng EQ2050 is a 4×4 armored vehicle can be used by quick response teams for sudden hit-and-run fast attacks It comes with a fully armored body that provides protection from bullets and small explosions. The vehicle also offers mounts for machine guns and rocket-propelled grenade launchers. 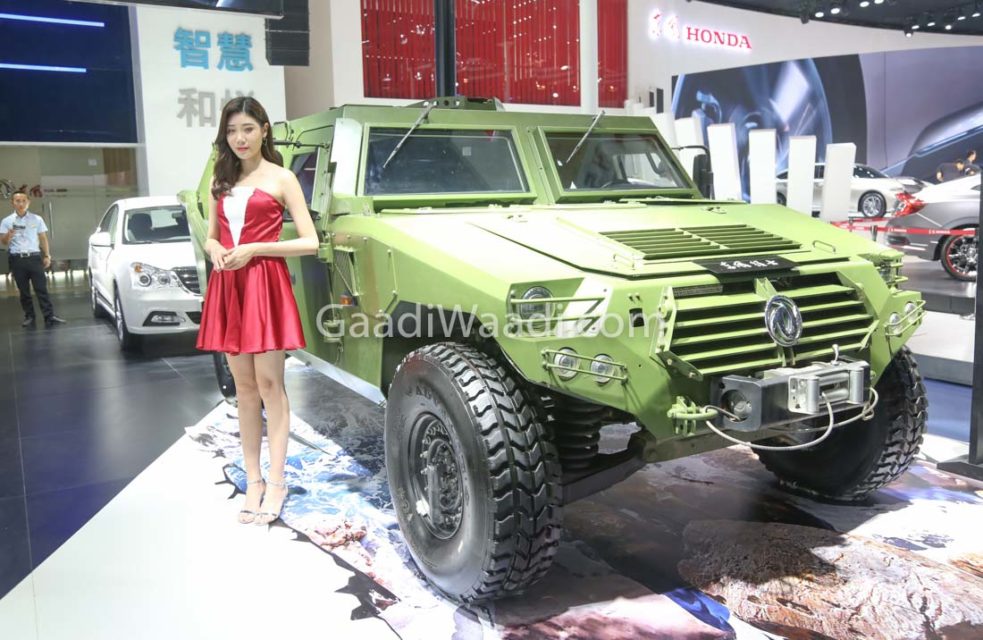 Powering this military vehicle is a V8 diesel engine from Cummins. It is manufactured in Chiny by the Dongfeng-Cummins joint venture. The same JV is also responsible for making engines for the light tanks used by the Chinese army.

The 4.0-litre Cummins V8 diesel motor that powers this military vehicle produces a maximum power of 150 hp along with a peak torque of 502 Nm. The engine comes mated to a five-speed gearbox and a 2-speed transfer case.

The base EQ2050 is essentially a clone of the AM General Humvee, which is the main reason for a similar design and the same stance. Over the last few years, China has developed several versions of this combat vehicle. 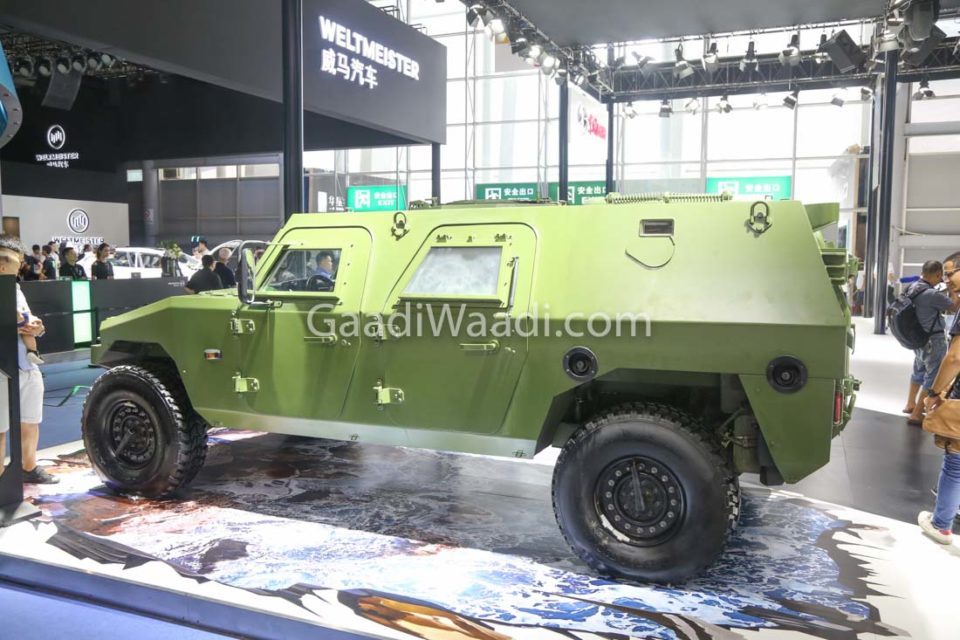 While the Dongfeng EQ2050 was used by the People’s Liberation Army (PLA) for their armored combat vehicle, it was also used by the People’s Armed Police, Fire Fighting brigades, and the Chinese Public Security Police forces. It is fondly known as the Hamma, which is basically the Chinese pronunciation of Hummer. The PLA also uses a 6×6 variant of this Dongfeng 4×4 combat vehicle..