Honda has finally unveiled its first electric SUV dubbed the Prologue and it comes as a result of its partnership with General Motors as it is underpinned by the America brand’s modular electric platform and Ultium battery tech as in the Chevy Blazer EV. While the official specifications of the Honda Prologue are not out, it will have several commonalities with the Blazer EV.

Just like the Blazer EV, the Prologue could get a single electric motor with FWD and RWD configurations and a dual motor setup enabling an AWD system. The performance-based SS variant of the Blazer EV is capable of 557 hp and 879 Nm and it has a claimed range of up to 467 km. The RS variant comes with up to 515 km range and similar specs can be expected on the Prologue.

The Honda Prologue will be positioned above the CR-V and it measures a length of 4,877 mm, a width of 1,643 mm and has a wheelbase length of 3,094 mm – making it even longer overall while having a longer wheelbase compared to the Passport. As for the design, it follows a new styling direction called Neo-Rugged and in a typical Honda fashion, it has a clean finish. 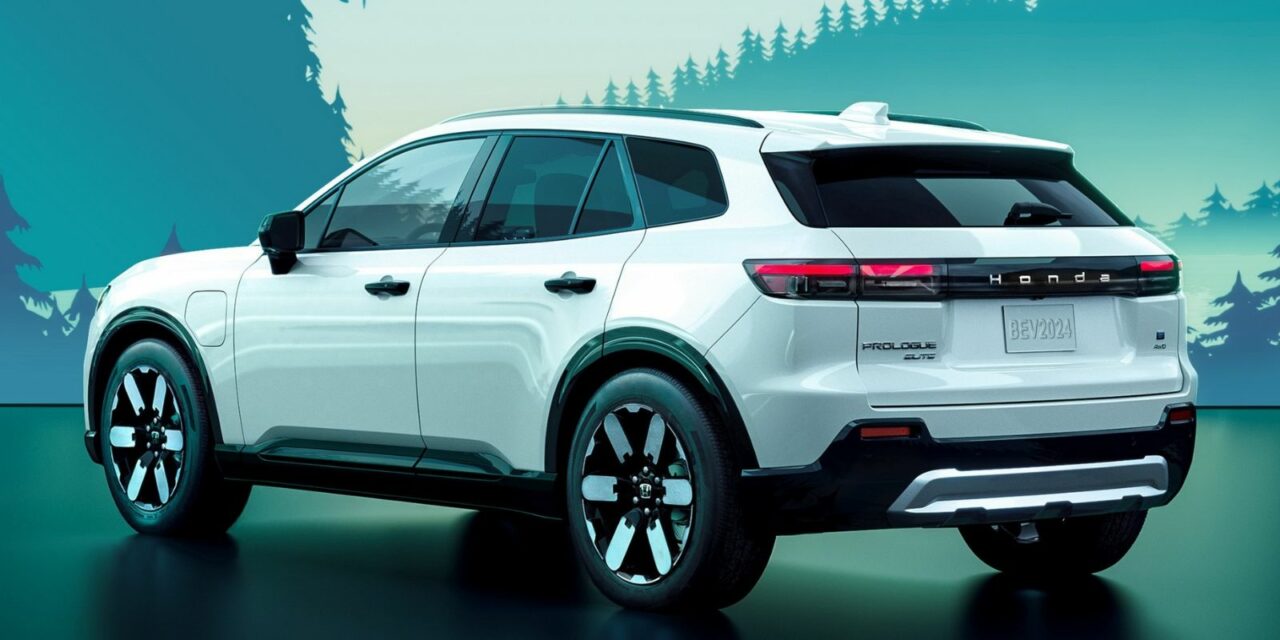 Some of the exterior highlights are sharp LED headlamps with integrated LED DRLs, a black panel in the middle housing the Honda badge, 21-inch six-spoke alloy wheels, a heavily raked front windshield, a prominent air intake on the bumper with vertical lighting elements on either side, wraparound slim LED tail lamps flanking the Honda lettering, a muscular skid plate, sculpted bootlid, etc.

The interior features a 11.3-inch touchscreen infotainment system, sleek AC vents, climatic control buttons and dials, a 11-inch digital instrument console, a two-tier centre console, EPB with auto hold, Sport mode and a lot more. The Prologue’s launch will be followed by a host of new models based on Honda’s e:Architecture from 2026. 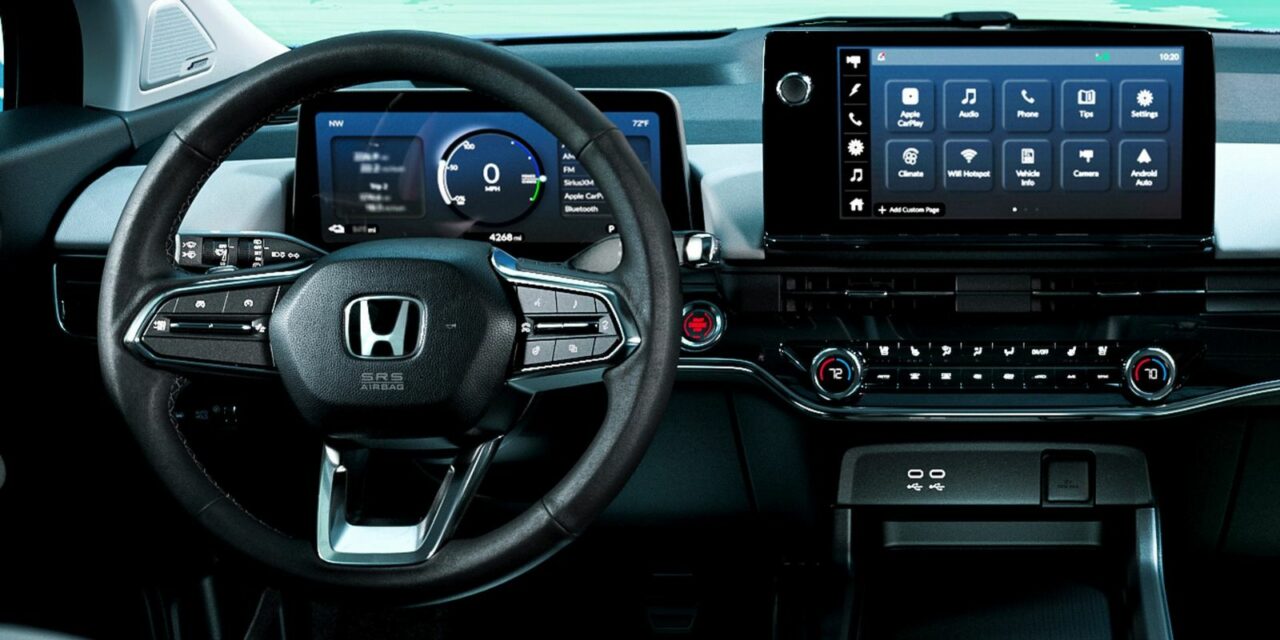 The Japanese manufacturer is also planning to retail a new range of affordable electric vehicles developed in association with General Motors in the near future. Honda has partnered with LG Energy Solution to produce Li-ion batteries in the United States.