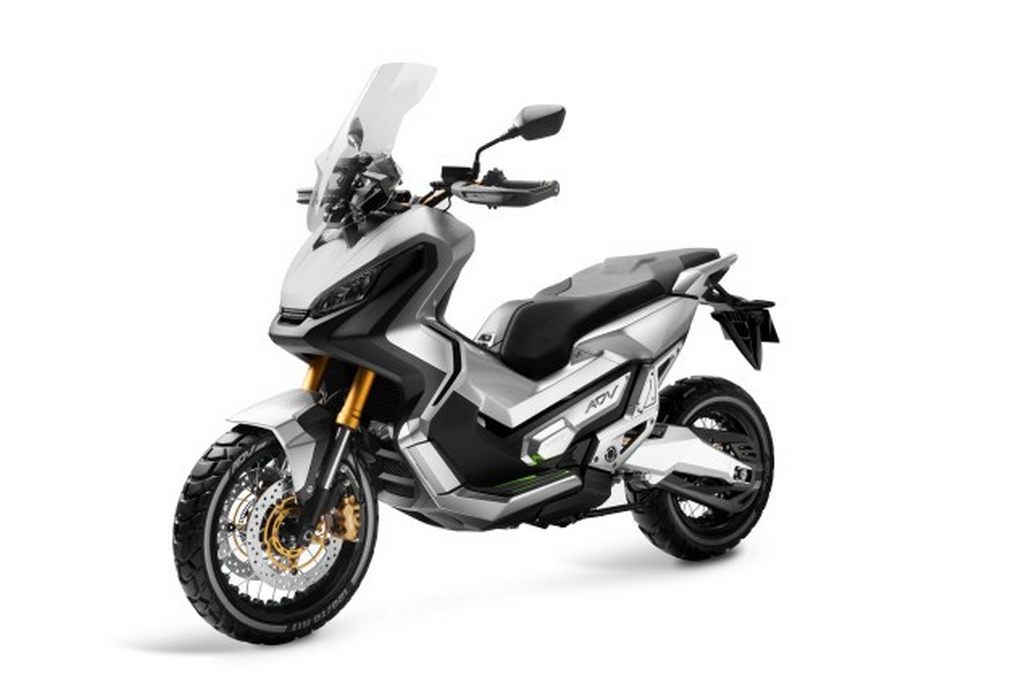 Honda has released new teaser footage of the production version of City Adventure concept. Christened as the X-ADV, the essential characteristics of this bike is playing a dual role for city as well as adventure riding with dual sport tyres and longer suspension for tackling uneven surfaces.

The Japanese two-wheeler manufacturer has showed a short video of the scooter which is completely derived from the City Adventure concept debuted at the EICMA motor show last November in Italy. Honda seems to be blending different kinds of bikes for creating new segments as we have seen with a number of machines like the NM4 concepts debuted in Japan. Want to play with the dirt roads on weekends and tackle city traffic on other days? The X-ADV adventure scooter got you covered. In India we have the recently launched moto-scooter Navi that has been doing good sales numbers for the brand.

While it’s an effective blend of a scooter and bike’s characteristics, the ADV scooter is a world apart in its notion and functionality. The idea behind the X-ADV is simple as it eliminates the restrictions you will have on a scooter and add “ADV” attributes so you can enjoy the ride in all sorts of surfaces. More information on the Adventure scooter will be revealed on the 30th of August.

The 34 second long clip begins with “Your horizons are going to change forever” tagline and that announces something interesting. The ADV is believed to be an efficient city rider with comfortable ride quality and it adapts components from the Honda NC750X and Integra.

Also Read: Honda Navi – All Things You Need To Know While borrowing the chassis frame, the 745cc parallel-twin engine mated to a DCT gearbox also belongs to the NC750X. The styling elements are indeed taken from the concept besides twin front brakes with standard ABS, wired rims, swing arm and upside-down forks will ensure safety and comfy riding. The maxi scooter is expected to be positioned in a high price range and feet-forward riding position does put the question over its light off-roading characteristics.