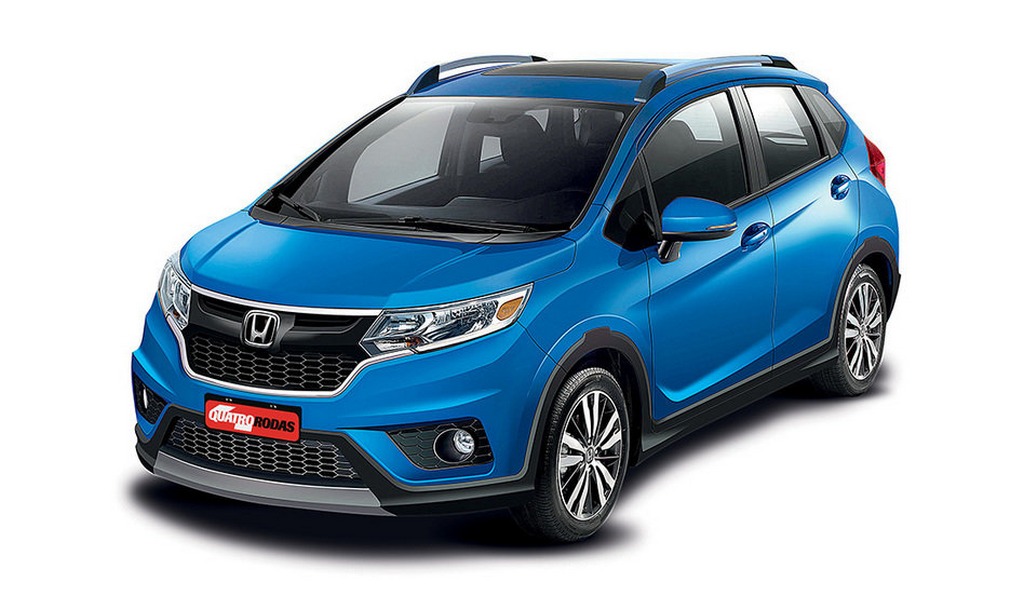 The artist renderings of the expected crossover from Honda have surfaced on the web yesterday. Details of the all-new model from the Japanese auto major have slowly been emerging in the last few months and the speculative computer generated images will give the readers a better understanding of what is in store.

The crossover segment has met with a huge surge in sales lately in the developed as well as new markets across the globe. Honda wants to have a big chunk of market share worldwide in this particular space and because of that the crossover has been based on one of its popular models internationally, the Jazz.

Expected to bear the WR-V name – in line with CR-V and BR-V SUVs – the crossover is said to be bound for India as well and could be introduced as early as next year considering the decent success of the Jazz. The premium hatchback segment has indeed spawned crossover versions like the Volkswagen Polo Cross and Hyundai i20 Active and thus Honda wouldn’t find it hard to convince customers as the potential is already there. The Honda WR-V could have the Fiat Avventura and Toyota Etios Cross as its other main competitors too. As Brazil carries huge significance for a crossover, Honda is expected to make global premiere of the model at the 2016 Sao Paulo Auto Show in November.

The Honda Fit Twist will see canning following the arrival of WR-V to have a distinctive position for itself in the product lineup. Contrary to the previous model, which looks like an aftermarket accessory upgrade of the original Fit/Jazz, the WR-V as you can see in the renderings of QuatroRodas Brasil will be purposeful and has serious intentions to be a family oriented product.

The overall shape, front and rear-end design will not shy you away from thinking of it as a Fit/Jazz influenced. As for the mechanicals, the Honda WR-V crossover gets power from a 1.5-litre i-VTEC FlexOne (petrol/ethanol) motor derived from the Fit and it comes mated to a standard five-speed manual or CVT auto ‘box.