Who thought a brand like Honda as conservative as they were, will plan to do something this big. Honda Revfest will be the biggest bike launch event ever. Even the IBW which happens in Goa everywhere seems no where. Why? There is performance by bands that will be done, there will be multiple bike launches all around the country as we said in our exclusive post HERE. There will be a live webcast of this Honda Revfest for couch potatoes. Where did we get this info from? The Revfest website is live and kicking and it has all the details you will need to participate in it.

How do you participate in it?

Well, all you need to do take a simple test ride at the dealership and you can get your own pass to the event. Or else just use your Facebook ID to log-in and be one of the top 30 performers for the day for either of the game. The LEADERBOARD gets updated at 10 am with final winners of the previous day. You can play as many times as you want, however you can be a winner only once in the contest period, which ends on 29th July 2015. 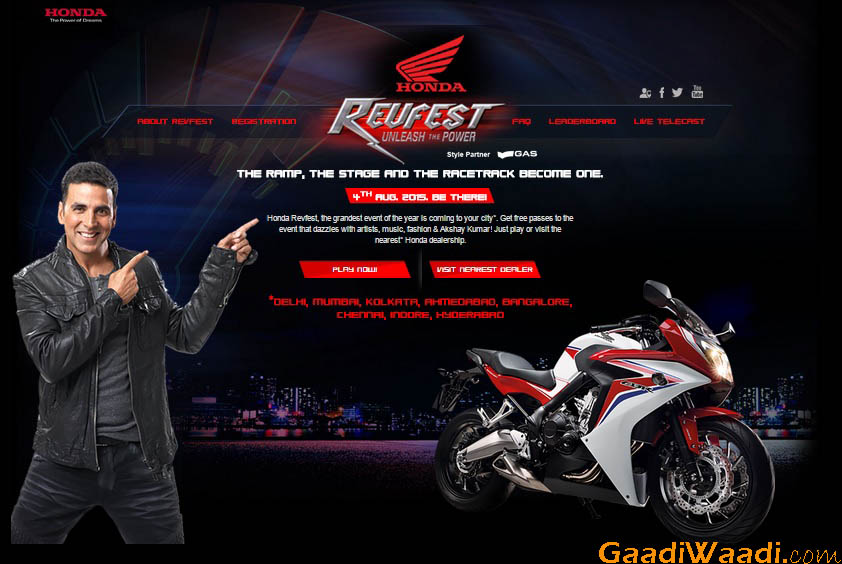 Winners in Delhi, Mumbai, Kolkata, Bangalore, Chennai, Hyderabad, Indore, Ahmedabad get a unique code via SMS which they can show at their nearest Honda Two-wheeler dealership to collect their pass. Winners from all other cities will receive their pass via email which they can claim at the Honda dealerships in the 8 cities or at the event venue on 4th August. 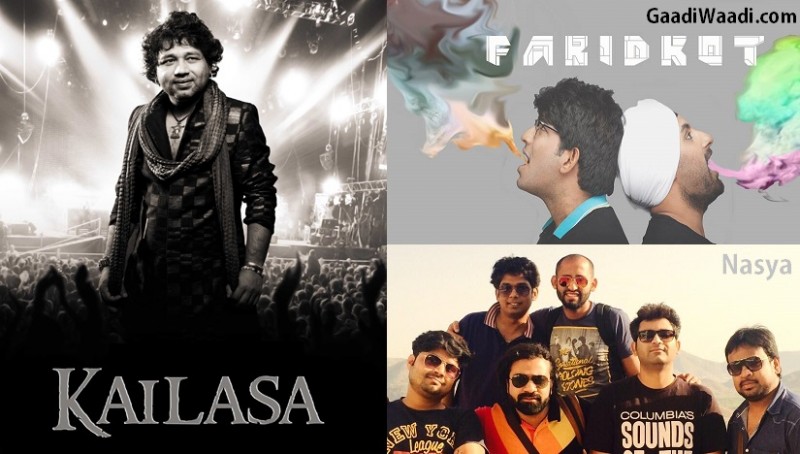 Revfest in New Delhi will be held at Pragati Maidan in Hall-14 and three bands will participates in the event, Kailasa, Nasya and Faridkot. 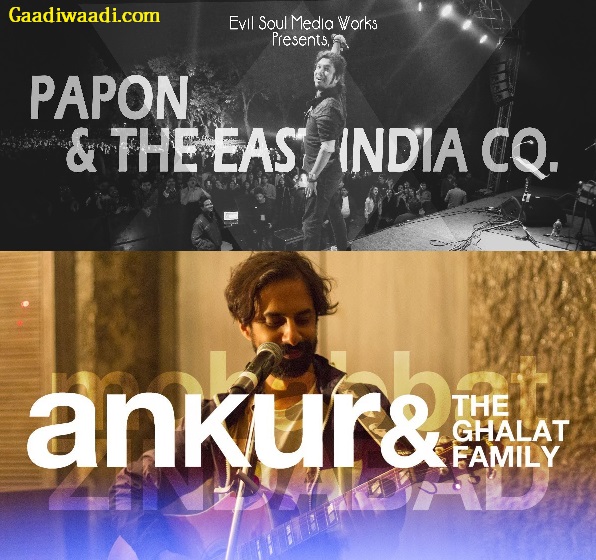 Revfest in Mumbai will be held at Andheri Complex and Papon & The East India Co and Ankur & The Ghalat Family will take part. 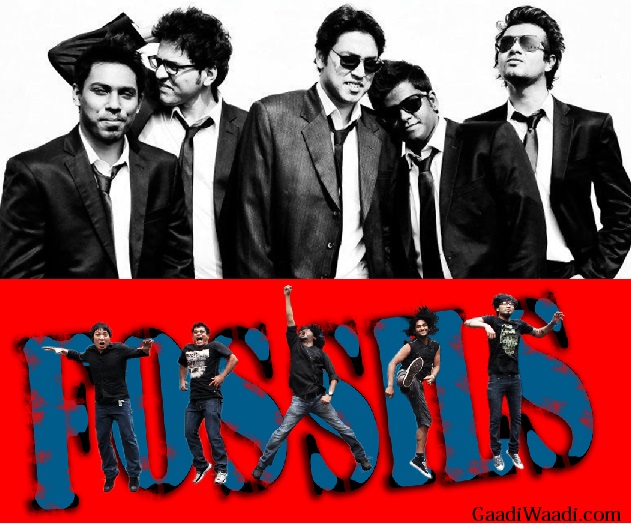 Revfest in Kolkata will be held at Nicco Park, Fossils and Anupam roy band will take part 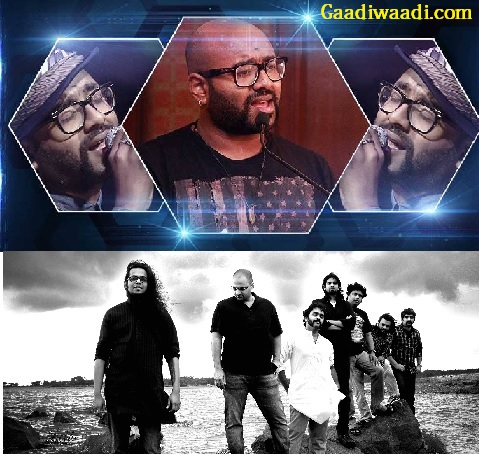 Revfest in Hyderabad will be held at Hytex Hall-2, Benny Dayal band and Agam band will take part. 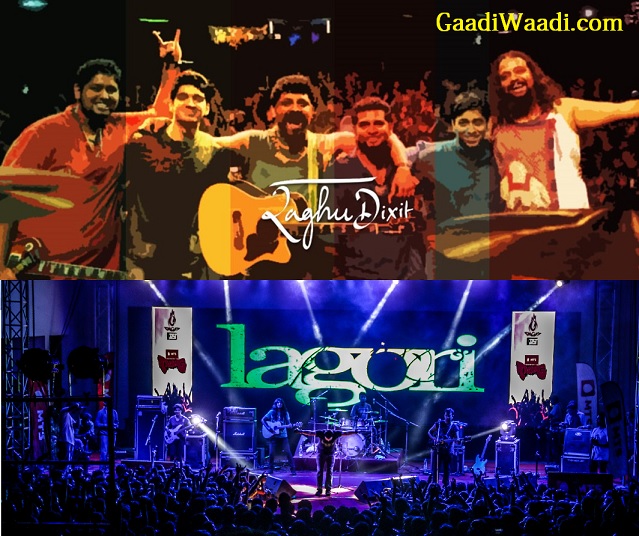 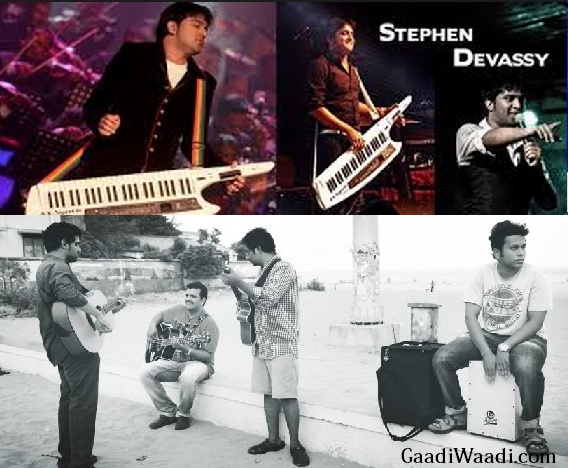 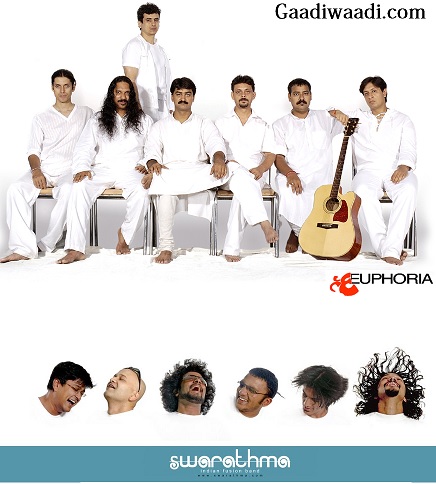 Revfest in Indore will held at Brilliant Convention Centre, Euphoria and Swarathma will participate. 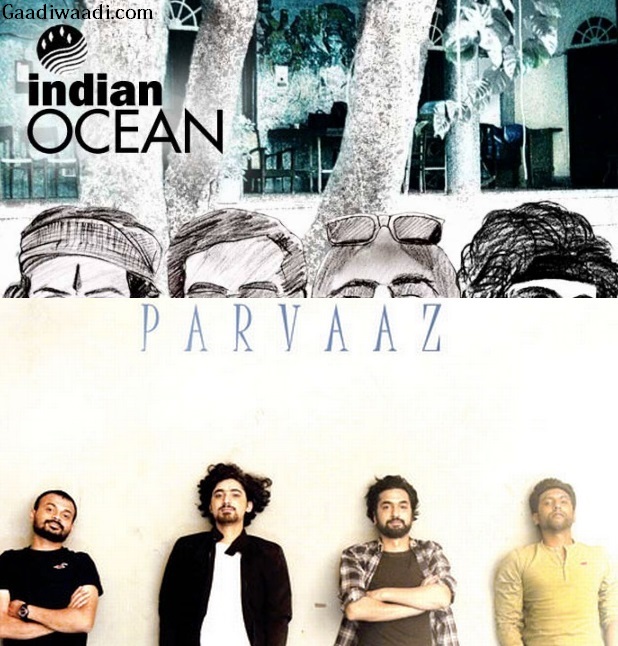 Revfest in Ahmedabad will held at YMCA, Indian Ocean and Parvaaz band will participate