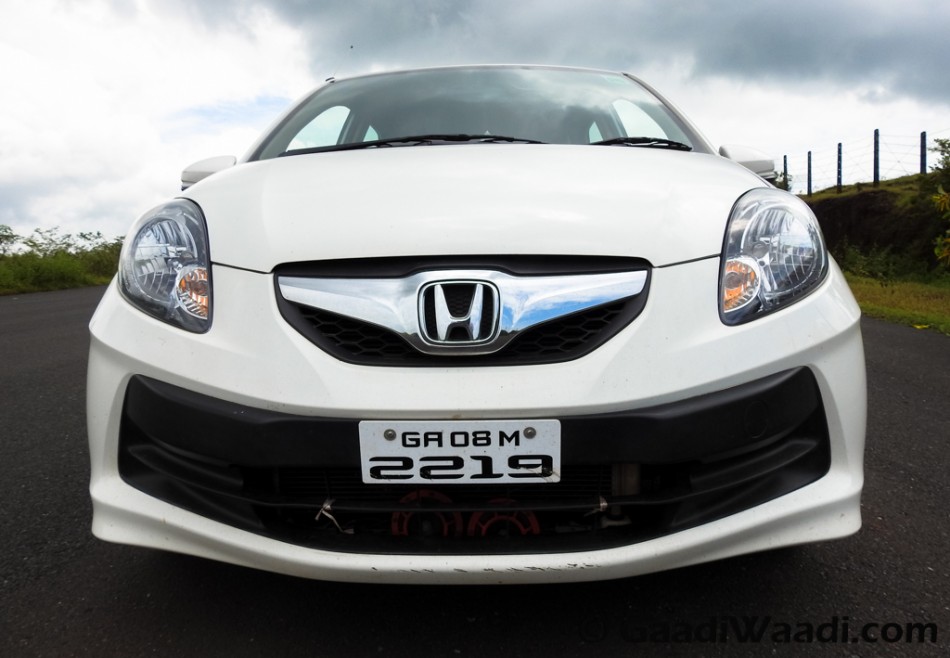 Honda ponders building India-specific small car based on Brio platform; to be positioned below Brio hatchback

Honda Cars India is pondering on building an India-specific small car within the next few years. Honda’s Senior Vice President Hironao Ito divulged that in an interview with Economic Times. He stated, “Some specific model for India is necessary”

Honda’s Jazz premium hatchback has been turning good numbers in the domestic market but the same cannot be said for the compact MPV Mobilio which retailed at around 400 units in November – only 10% of what it managed to achieve earlier in March.

In the last financial year, between April 2014 and March 2015, Honda recorded a commendable 44% sales growth when compared to the previous term. Honda has Amaze in the compact sedan segment selling at an average of around 5,000 units every month as well. But the only small car the Japanese manufacturer is offering in the market, the Brio, hasn’t been gathering customers as much as its other siblings mainly due to the fierce competition that’s been always prevailing in the segment with Maruti Suzuki Celerio and Hyundai Grand i10.

Moreover, Renault’s Kwid hatchback would’ve done its fair share of work in denting the sales of Brio in the last couple of months. The Kwid’s success is mainly driven by the features offered and aggressive price prompted by the 98% localisation of parts.

Honda is considering to do just that with the creation of a small car that would captivate consumers with the loads of equipment it comes with at a cheaper price – all in all a value-for-money product.If it gets the nod from Honda’s board room, it will be placed below the Brio hatchback but slightly a notch up the likes of Maruti Suzuki Alto, Hyundai Eon and Renault Kwid. It’s more likely to be based on Brio’s platform that already underpins Amaze, Mobilio and the forthcoming BR-V with heavy localisation. Honda Japan will be held responsible for the platform and the engine department whilst the exterior styling and interior designing will be carried out locally at Honda’s R&D centres at Greater Noida in Uttar Pradesh and Bhiwadi in Rajasthan.Rumours are that 150,000 units of the small car will be manufactured annually at those production facilities in India with the aim of exporting about a third of it to global markets.

The Japanese company will be introducing its BR-V SUV at the Delhi Auto Expo 2016 in February before making it available for customers by mid-2016. It’s expected to carry a price tag in the region of Rs. 8.3 lakh and Rs. 12.5 Lakh and will rival against Hyundai Creta, Renault Duster and Nissan Terrano.