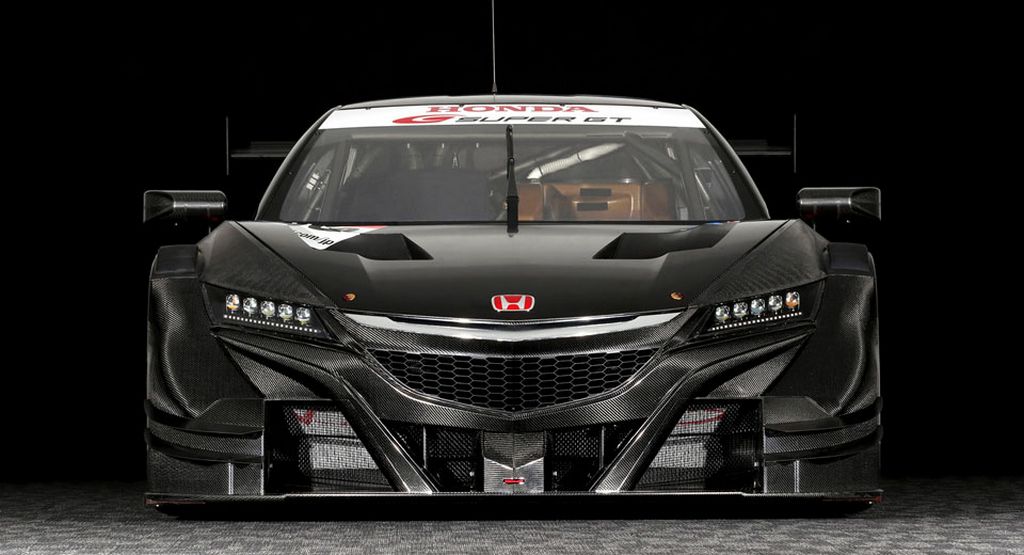 Honda NSX-GT gets power from a 2.0-litre turbo-four engine that makes 600 horsepower; to compete in 2017 Super GT series

The Super GT racing series in Japan is as similar to the highly advanced DTM tin-top competition conducted largely in German circuits. While the latter can be witnessed with race-spec Audi, BMW and Mercedes-Benz cars go head-to-head vying for national glory, the Super GT series sees top-notch Japanese manufacturers competing against each other.

Both in marketing perspective and individual honours, both these series are considered as highly significant by the auto makers in their respective countries. Honda has its motorsport presence in Formula One and IndyCar among others and back in Japan, the Super GT racing series holds local pride. Hot on the heels of preparation for a new season, the track-spec NSX has been unveiled and oh boy! It looks utterly menacing in matte carbon fibre paint job. The NSX-GT for the 2017 Super GT season is an evolution of the NSX-GT concept that has been racing around the famous circuits like Suzuka in the last three years.

Completely reworked for next year, the NSX-GT is a track-going monster of the regular NSX supercar which came out all bells ringing as a production model after years of being showcased as concept in different guises. However, beneath the carbon fibre and composite bodywork lie a whole new powertrain that could make the difference in Super GT in the upcoming season. The road-going NSX extracts power from an intriguing 3.5-litre twin turbocharged V6 hybrid engine to produce maximum power of 573 hp. Driving all four wheels is courtesy of a nine-speed dual-clutch automatic unit. On the contrary, the NSX-GT elects to go with a smaller 2.0-litre turbo four-cylinder motor that gets mated to a constant mesh paddle shifter.

Despite displacing nearly half as smaller than the standard NSX, it pumps out 600 hp – 27 horsepower more than the regular version. On the outside, it features an aerodynamically obsessed low-slung wider bodywork with elements shaped to direct airflow to the massive rear wing, a larger honeycomb meshed grille, bonnet vents, front dive planes, boomerang shaped taillights, complex rear diffuser, composed side skirts, etc. The NSX-GT has to meet a tall order next year because the original NSX race car is a multiple time champion through Super GT’s illustrious history. It will be going up against the mighty Nissan Nismo GT-R, that is likely to retain the championship this season, as well as the Lexus LC500 that succeeds the RCF in the GT500 category.