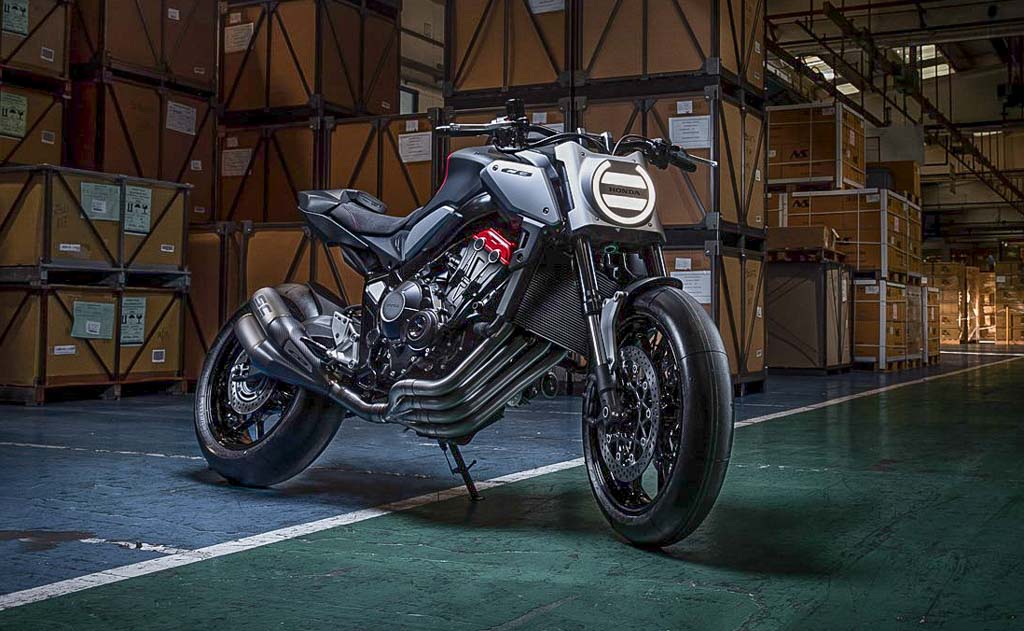 Based on CB650F, the Honda Neo Sports Cafe Concept has stellar looks and you would be gelled into its appearance from the get go

For the first time, the Paris Motor Show has played host to automobiles, motorcycles and new mobility solutions this year and Honda wants to make a big impact by having its presence felt in all departments. The Japanese manufacturer has just lifted the wraps off its Neo Sports Cafe Concept and it is based on the production CB650F.

The Honda Neo Sports Cafe Concept has stellar looks and you would be gelled into its appearance from the get go. It has the DNA of the CB1000R and in its concept form boasts a number of design elements that will more likely enter production lines in the near future.

It is not a lavishing concept by any means just to attract show-goers and has serious intent nevertheless. The concept has been designed by Honda’s research and development centre in Rome and it is next step into the Neo Sports Cafe style introduced on CB125R, CB300R and the bigger CB1000R naked motorcycles.

The minimalist body panels are nothing short of impressive and has a definite mix of cafe racer design integrated into it. Combining two styles does make the Honda Neo Sports Cafe Concept unique and boasts twin exhaust system ending up vertically. 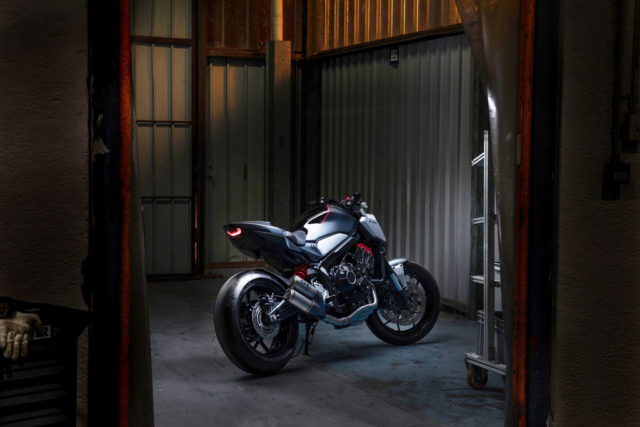 The round-shaped LED headlamp O-ring and double barrell horizontal strips enhance the overall appearance further. The edgy finishes and sharp fuel tank add to the modern styling elements while the tall handlebar setup creates a sense of urgency to the naked.

The descendant of the Neo Sports Cafe Racer concept has an evolved modern-retro character with inverted front fork suspension up front and a single-sided swingarm. Based on the CB650F platform, the concept may use a a 998 cc inline four-cylinder water-cooled engine from the current generation Fireblade.