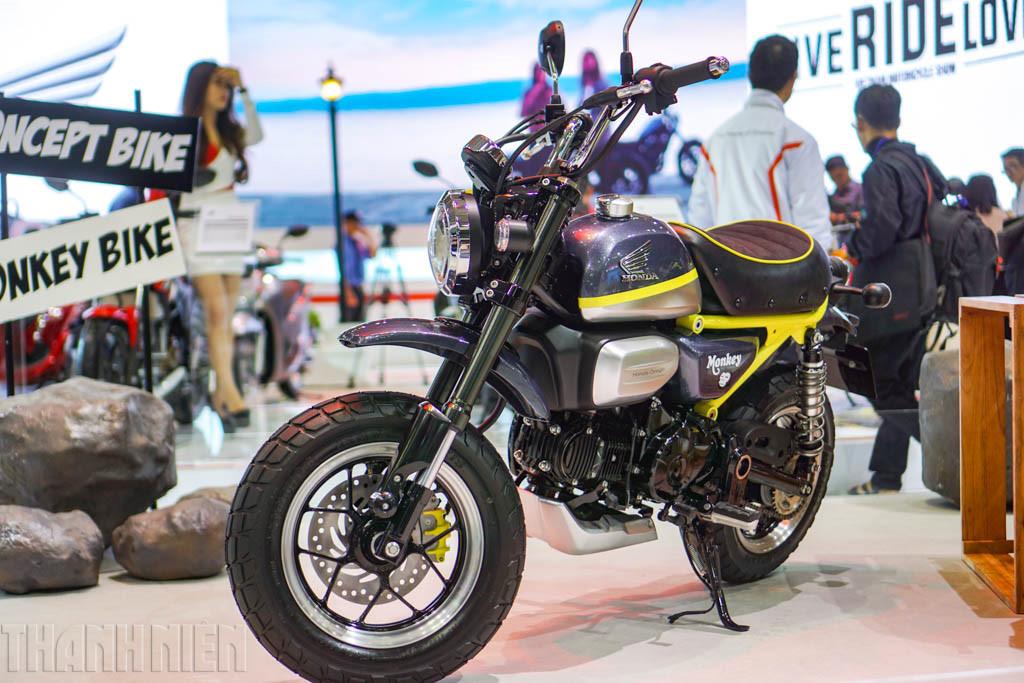 The Vietnamese arm of Honda has displayed the Monkey 125 concept as a tribute to the original Monkey bike that made its debut in Japan 50 years ago. Greeted the Honda stands at the 2017 Vietnam Motorcycle Show, the concept was a certain eye-catcher to the spectators flocked to the see the event unfold.

From a long shot, you would be forgiven for thinking it as a retro-styled motorcycle with bare minimum body panels replicating a café racer but looking at it on close quarters its styling inspirations and the purpose of build is all the more evident from Honda. 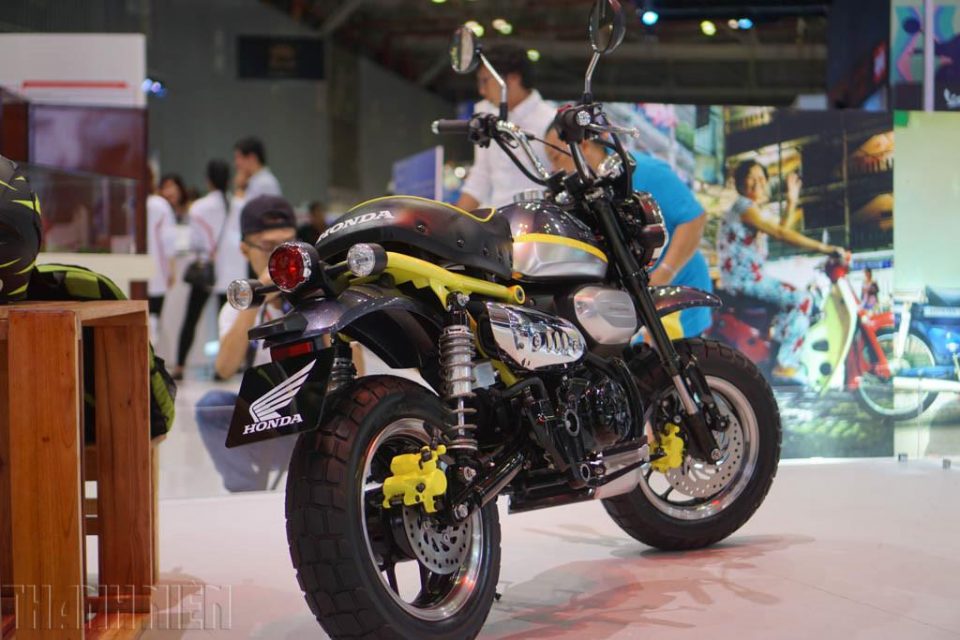 Way ahead of the concept’s unveil, its patent images appeared on the internet and standing true to them the 125 cc machine extracts plenty of antic bits from the original Monkey. Understandably, it used the same frame as the MSX 125 that saw its updated version being introduced on the same motoring show as well.

The retro concept sits on a modern USD (Upside Down) fork setup up front while dual springs took care of the suspension duties at the rear. With identical tyre sizes – 120/80-12 – the Monkey 125 concept wore a set of Maxxis Tortuga rubber on either end. 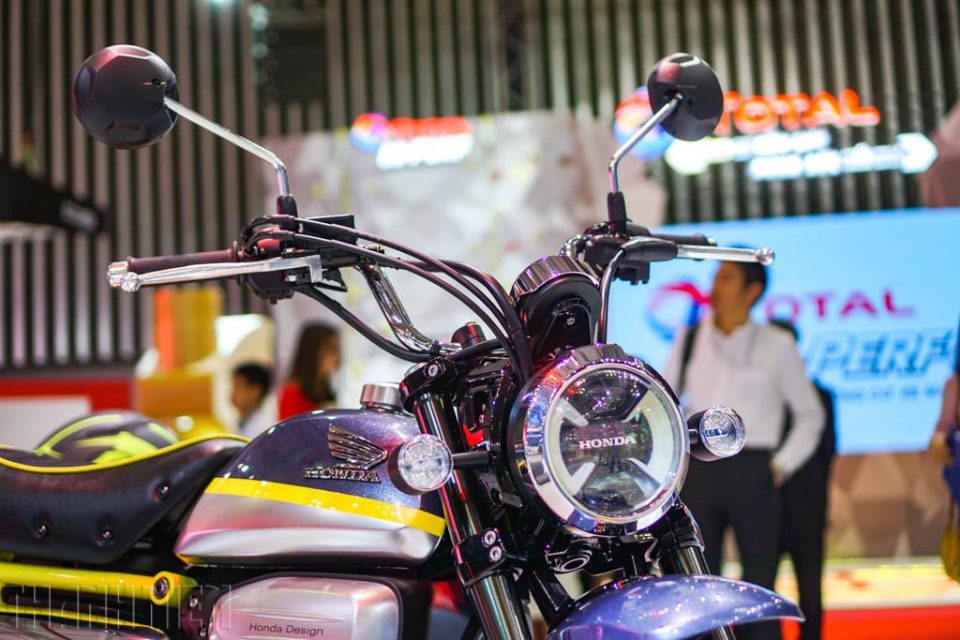 The circular headlamp lures all the attention and it was adorned with LED treatment. The taillamp had also received LEDs while the LCD instrument cluster did not forget the retro alignment. The yellow stripes and its contrast seat surrounds did bring a sporty appeal to the concept.

As for the powertrain, the Monkey 125 concept gets propelled by a SOHC fuel-injected motor derived from the MSX 125. It is good enough to produce a maximum power output of 9.38 PS at 7,000 rpm and 10.6 Nm of peak torque delivered at 5,500 rpm. The engine is coupled with a four-speed transmission.