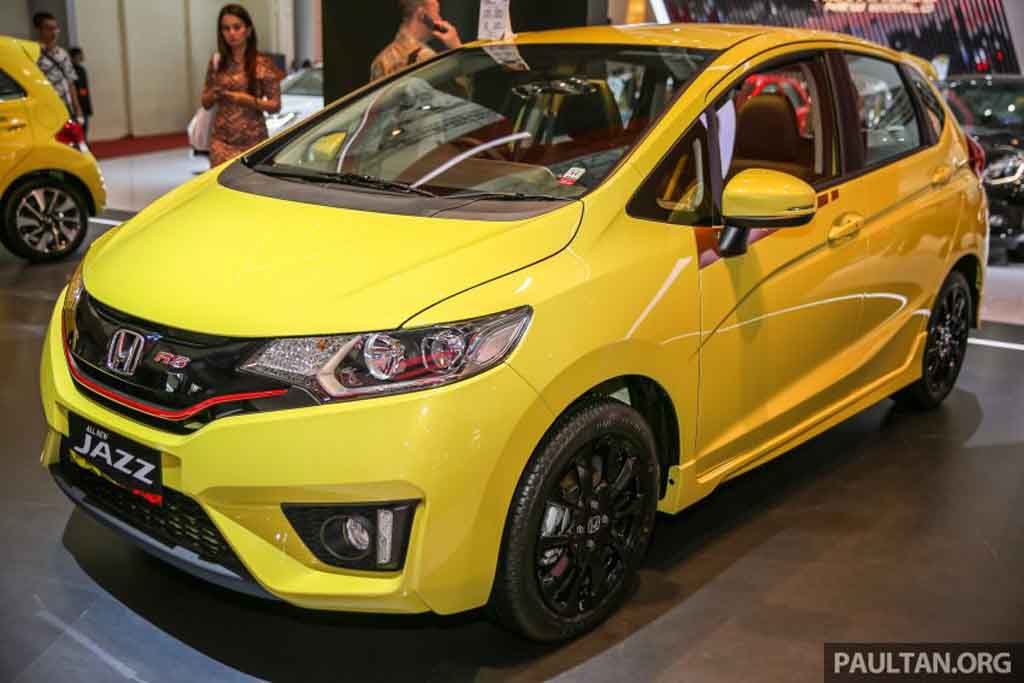 Move to the rear; up above the car sports a shark fin antenna. The roof spoiler gets high mounted stop lamp. The taillights are positioned vertically and they look sleek. A sleek chrome bar joins both the taillights which is positioned just beneath the rear glass. The rear bumper gets two air vents at both sides, which simply give the car a sporty appeal. And at the bottom the skid plate reminds the performer character of the car. The interior of the car features the sportiness as well. It comes with sporty seat covers with contrast stitching. The doors also get yellow trims. The 8 inch floating AV system is certainly something which enhances the premium appeal of the car inside the cabin.

As the images suggest, the car gets power from a 1.2 litre SOHC iVTEC petrol engine mated to a CVT gearbox. It churns out 87 bhp of peak power and 110 Nm of peak torque. The Honda Jazz RS Special Edition is priced at RM 82,267.