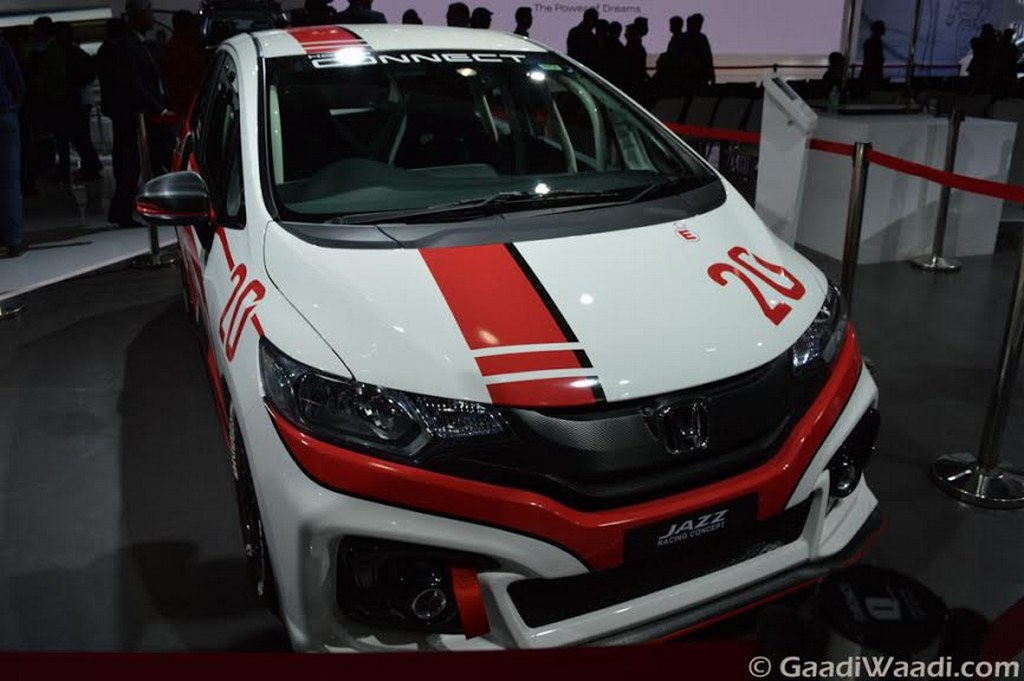 As a crowd pleaser, Honda Cars India has displayed a racing concept based on the standard Jazz premium hatchback at the Auto Expo 2016 hosted at India Expo Mart in Greater Noida. The Honda Jazz Racing concept being showcased is just a prototype derivative of a race-going Jazz machine and had previously been exhibited in several Asian and international motoring shows.

The one-off race concept is a stripped down version of the standard hatchback with added sporty body kit and other embellishments focussing on performance on race tracks. The Honda Jazz Racing concept appears to have taken the racer resembles from the Honda Civic Type-R tourer that has been dominating the BTCC (British Touring Car Championship) and other tin-top racing series in the European soil with its white and red meaner colour scheme. 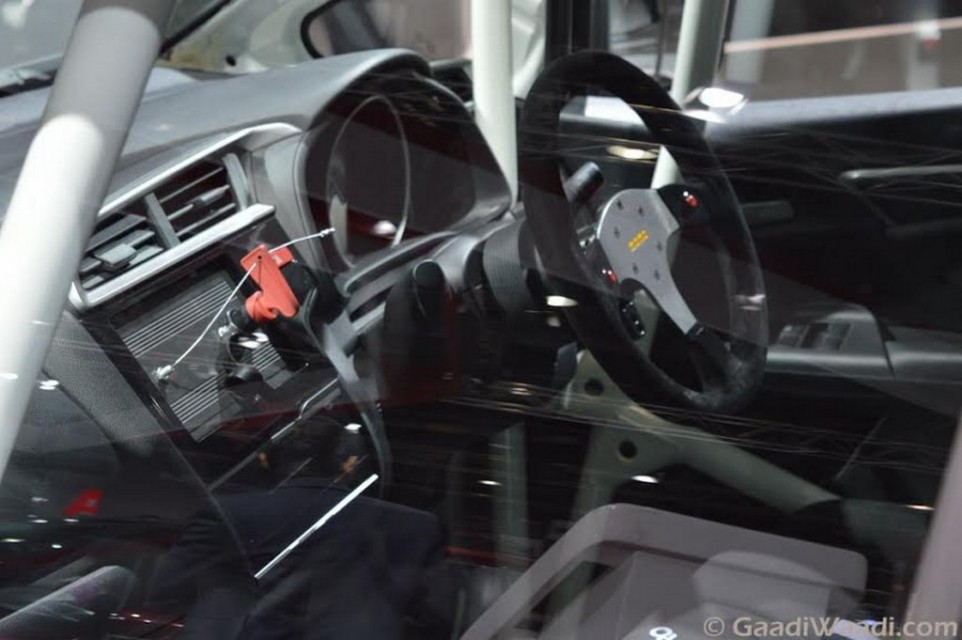 The Jazz Racing concept has smoked out front headlamps and blackened chrome grille sitting above the boomerang shaped large red bar. The sturdy body kit comprises of a wider front air splitter, towing provision fitted with the front bumper, thick black-bordered red stripe running from the edge of the bonnet to the roof end and sharper roof-mounted single-deck spoiler. 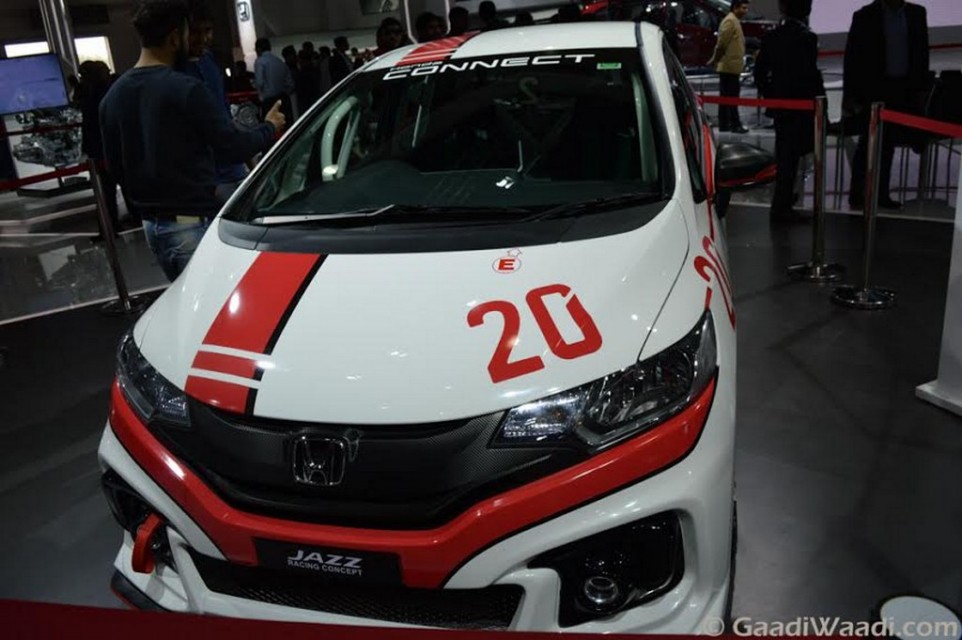 It rides on Bridgestone Potenza race-prepped tyres and has multi-spoke black alloy wheels but the mono exhaust pipe system at the rear looked a bit subdued below the diffuser. As it’s a performance-based race concept, the rear seats have been removed to make way for a roll cage which provides added stability and less body-roll with improved handling. 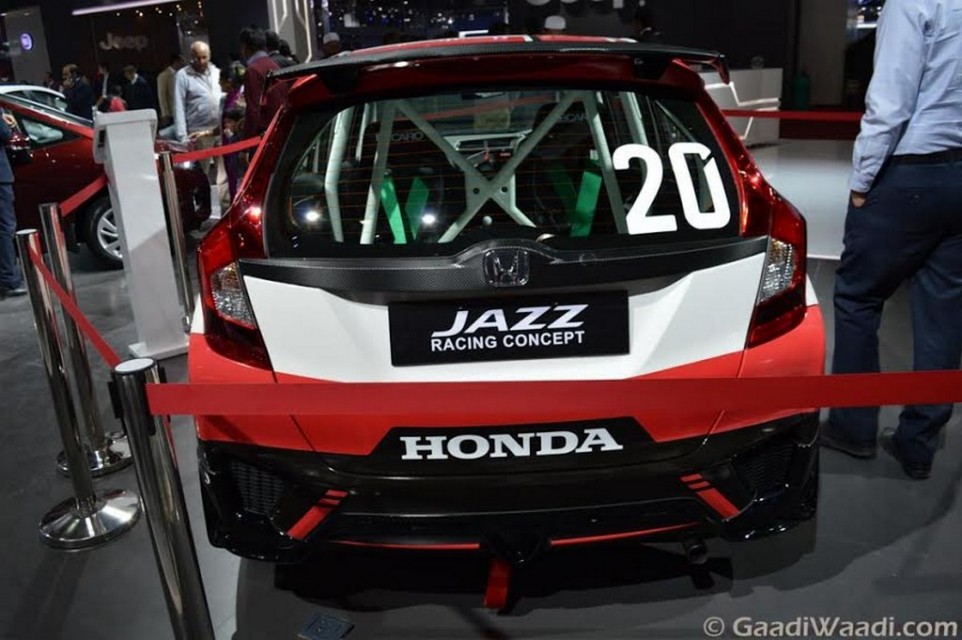 All the items in the dashboard have been removed and an ignition kill switch was employed in place. The fabric front seats were ditched in favour of lightweight Recaro bucket racing seats and the ultra-responsive three-spoke Momo steering wheel receives alcantara leather with switches for pit radio and pit-lane speed limiter supposedly. The engine powering the Jazz Racing concept has not been revealed as it’s just a showpiece instead of a real-life hardcore racing car.