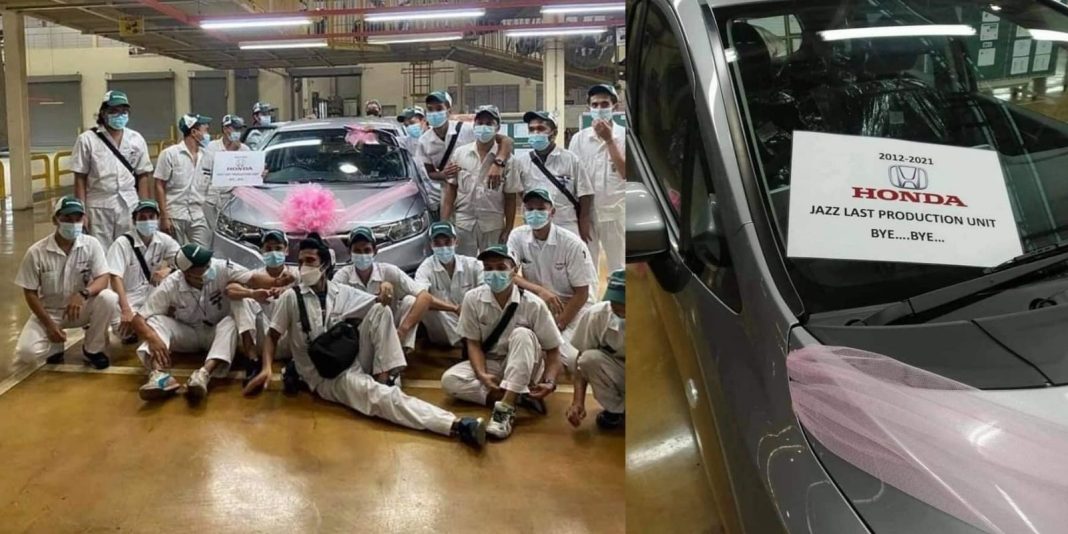 Honda Jazz, also known as the Fit in some markets, has been one of the most successful cars ever produced by the Japanese auto major. The production facility of the Jazz in Prachinburi province of Thailand rolled out the final unit of the hatchback and it was on sale for more than two decades in that market, marking the end of an iconic car that has seen through generations.

The sign read “2012-2021 Honda Jazz Last production Unit BYE BYE..” on the photos shared on social media. The first generation Honda Jazz/Fit was introduced back in June 2001 in Japan before seeing the light in international markets like Europe, Australia, Latin America, Africa and Southeast Asia in the subsequent years.

The second-generation version made its global debut in 2007 at the Tokyo Motor Show and it was awarded the Car of the Year Japan for the second time. It offered bigger proportions than its predecessor and was sold in Thailand from 2008 until the new model came in. The Jazz stepped foot into the Indian market in 2009 and was on sale for four years before making a comeback in 2015. 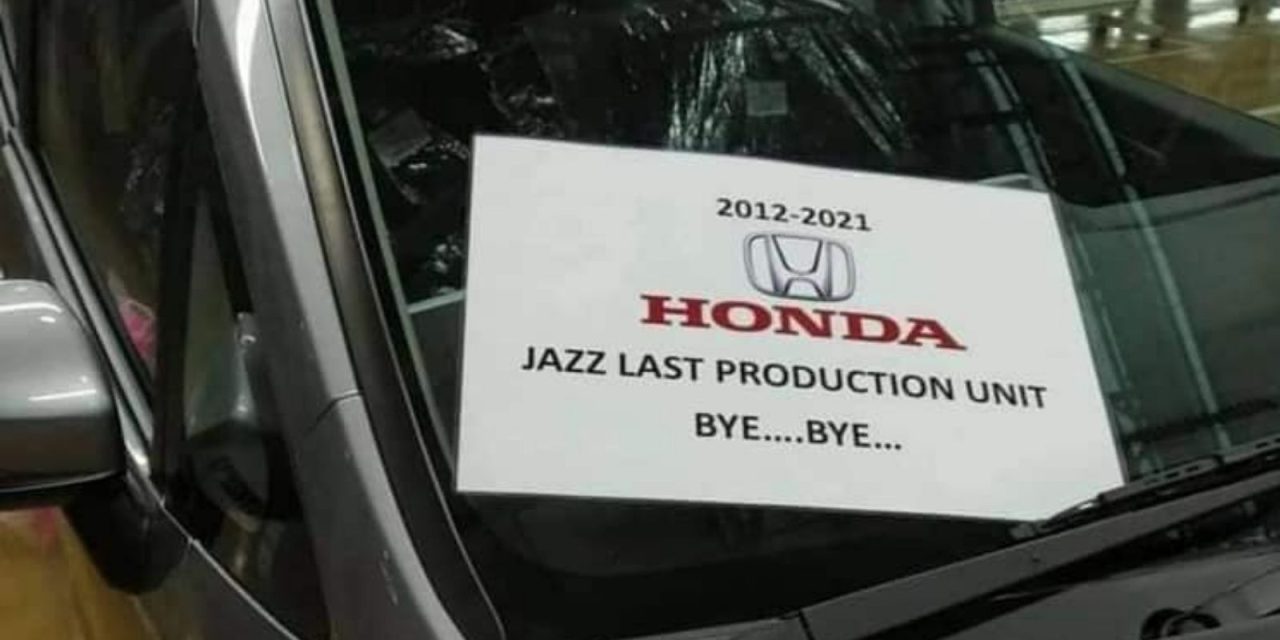 The third-generation Jazz was rolled out in July 2015 in India and it was powered by a 1.2-litre L12B i-VTEC petrol engine producing 90 PS and a 1.5-litre N15 i-DTEC, Earth Dreams diesel unit kicking out 100 PS as India was the first and the only market where the Jazz was offered with an oil-burner. However, India did not receive the fourth-gen Jazz that debuted in 2019 in Japan.

Just as in India, the fourth generation Jazz was not marketed in Thailand but the Honda City Hatchback currently acts as its replacement there. The more premium City Hatchback made its world premiere in Thailand in November 2020 and it draws design cues from the fifth generation City that leads the midsize sedan space in India.