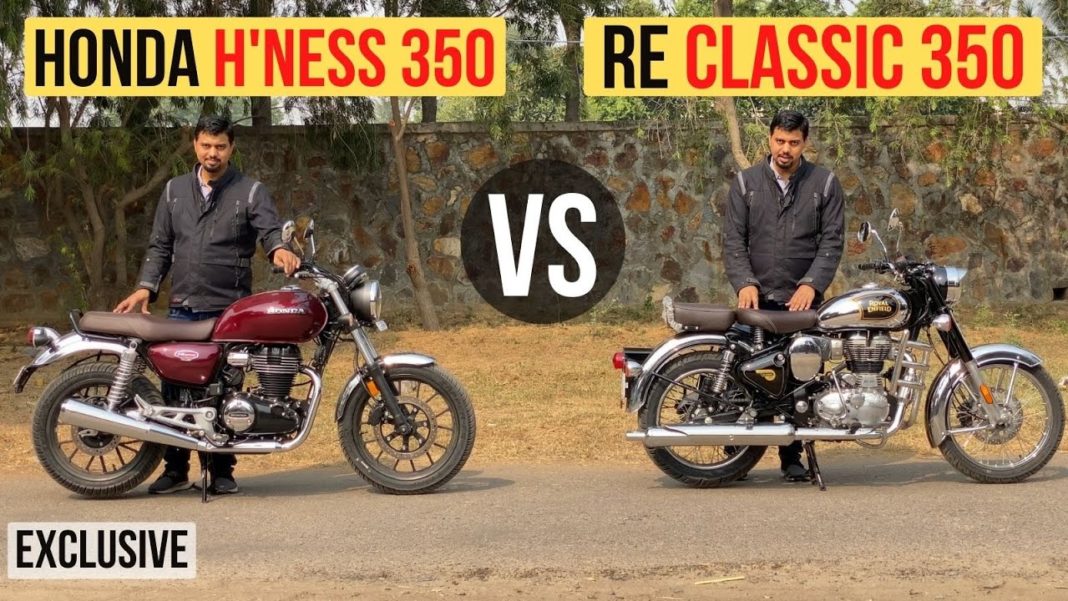 The Classic 350 does have direct rivals in India such as Jawa and Benelli Imperiale 400 but the arrival of a middleweight capacity from Honda had long been anticipated just to spice things up a little bit. To everyone’s surprise, Honda introduced the H’ness CB350 a few weeks ago and is offered in DLX and DLX Pro variants, priced at Rs. 1.85 lakh and Rs. 1.90 lakh (ex-showroom) respectively.

Taking design inspiration from the retro CB range sold in the global markets, the H’ness CB350 has a simplistic yet classic appeal. But, what makes it different from the Royal Enfield Classic 350 is that it has many modern elements while being more powerful. The best-selling RE in India is offered in single-channel and dual-channel ABS variants across multiple colour schemes.

The more powerful motor here is paired with a five-speed transmission as well. While the Classic is underpinned by the single downtube frame, the CB350 fares better with a half duplex cradle chassis. The latter is suspended on 19-inch front and 18-inch rear alloy wheels while the braking duties are handled by 310 mm front disc and twin hydraulic shocks at the rear (as opposed to the twin gas charged unit).

With dual-channel ABS system as standard, the Honda H’ness CB350 comes with a host of segment-first features including the Honda Selectable Torque Control (HSTC) that can be turned off if needed. It aids in maintaining rear wheel traction by detecting the difference between rear wheel speeds. It controls the engine torque via fuel injection by calculating the slip ratio. 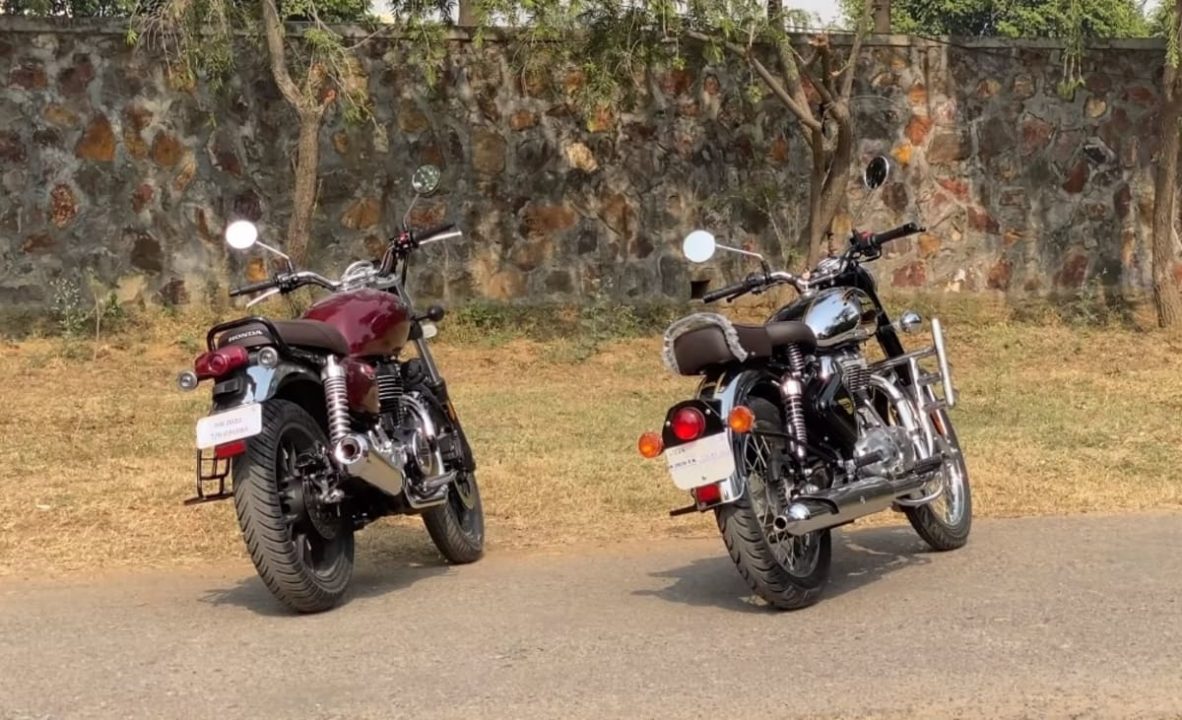 The CB350 also gains slip and assist clutch that the RE Classic 350 does not have. It boasts analogue/digital instrument cluster which has side stand indicator with engine inhibitor, ECO indicator, smartphone connectivity, gear position indicator and the fuel economy details are displayed in three modes.