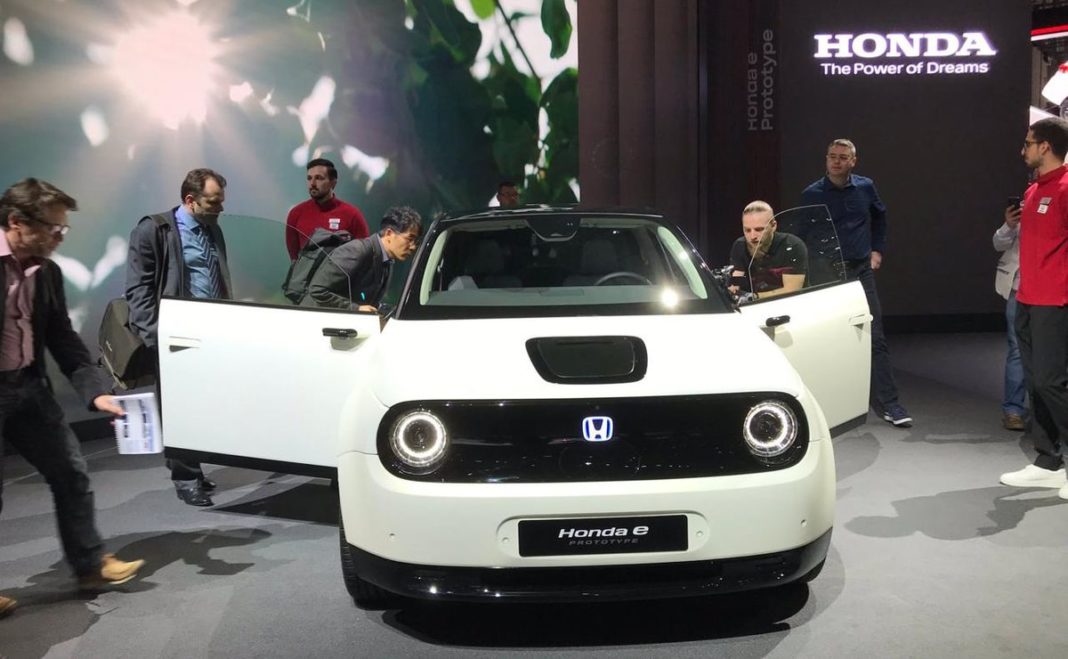 Honda e Prototype is claimed to have driving range of more than 200 kilometers on a single charge; design heavily influenced by Urban EV concept

While several global manufacturers are giving us a glimmer into the future through motoring shows, others have confiscated the reality and are introducing connect car technologies and electric mobility solutions right now. Their conventionality and purpose of intent can be questioned since they are at their early stages but it is important to test the waters rather than staying out of it.

In the same context, Honda is a notable mainstream brand that has stayed out of the conventional EV game for years despite testing the possibilities under its roof. However, despite being late to the folklore, it has certainly made a statement by lifting the cloaks off the e Prototype at the ongoing 89th Geneva Motor Show.

Honda displayed the Urban EV concept in 2017 and backed it up with the Sports EV concept that had even greeted the show-goers at last year’s Auto Expo. Both were highly appealing due to their conventional factors and retro charm but nothing comes as close to the Honda e Prototype, which will enter production next year in the European markets. 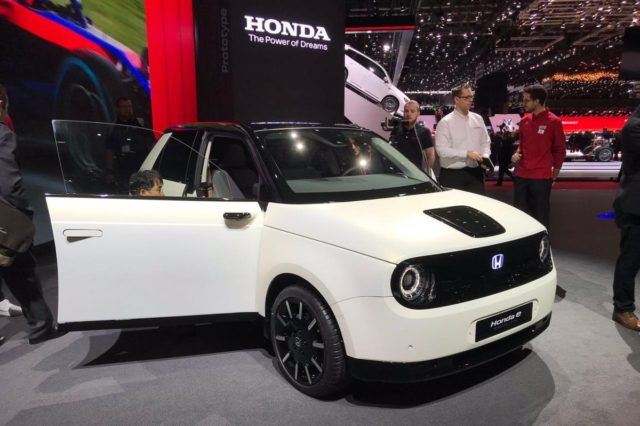 In a nutshell, it can be described as a near production version of the Urban EV concept and does not come with fancy gizmos we did see in the conceptual study. For instance, the exterior has certainly been toned down but some key features have been carried forward. It gets pop out rear door handles, front hinged doors and cameras replacing conventional ORVMs.

The Honda e Prototype has sporty two-tone exterior with blackened pillars, panels between the round-shaped LED headlamps and tail lamps, rear spoiler, roof and lower cladding. Wonder what the black finished element on the bonnet is? It is nothing but the charging port that can be easily accessed from both ends, and has distinctive LED lighting displaying battery charging status. 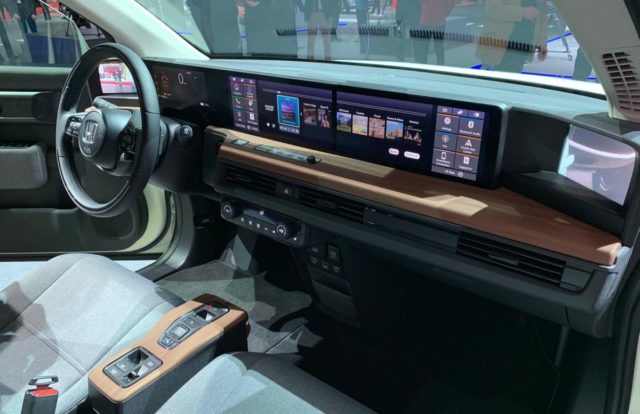 The cuddly exterior is compounded by a neatly finished cabin with two large touch screens, camera display screen on both ends of the dash, inside rear view mirror opted out for a camera, use of upscale materials on the door panels and so on. Honda says the cabin will render a lounge like overall feel.

Honda has not gone deep into the technical wizardry of the e Prototype except stating that the EV powertrain can maximum driving range of more than 200 km and can get back up from 0 to 80 per cent charge in just 30 minutes. Honda will use the e Prototype’s rear-wheel-drive platform to explore different eco-friendly segments.