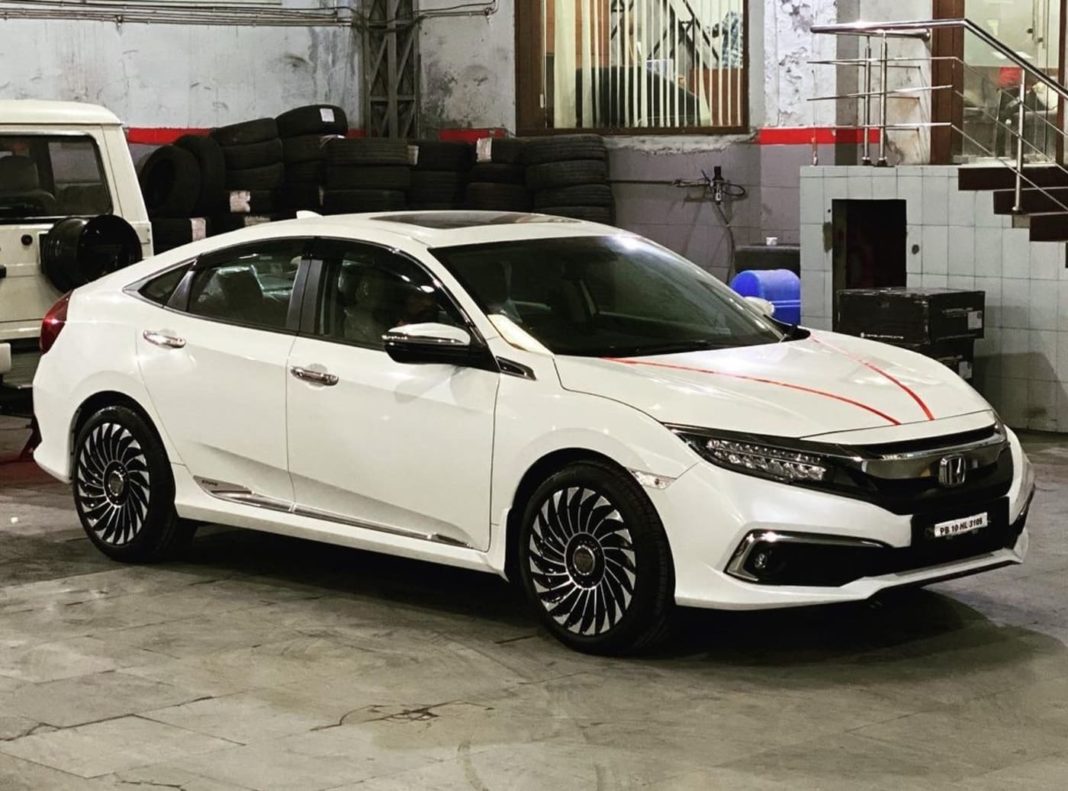 Here, we have a customised 2020 Honda Civic which wears a set of beautiful-looking, machine-cut, 18-inch aftermarket alloy wheels

The tenth-generation Honda Civic (second-gen for India) is one of the most handsome sedan cars one can buy in the Indian car market today. The car has a sharp exterior design and the coupe-style silhouette give it an extremely sporty look. To further enhance the vehicle’s styling, some people often take the aftermarket route.

Here, we have one such example of the Honda Civic, which has received a few modifications. However, these mods aren’t flashy or overdone, rather they are subtle and tasteful. The car wears a set of new 18-inch Victor wheels, which have a dual-tone finish with a multi-spoke design. The customisation has been performed by KB Tyres, a car garage based in Ludhiana, Punjab.

Other than the new wheels, this Honda Civic looks stock. We would’ve preferred a custom wrap as well, which could’ve added some more character to the vehicle’s design, as this all-white exterior is rather boring. Personal preferences aside, the new rims fill the wheel arches better than the stock 17-inchers. 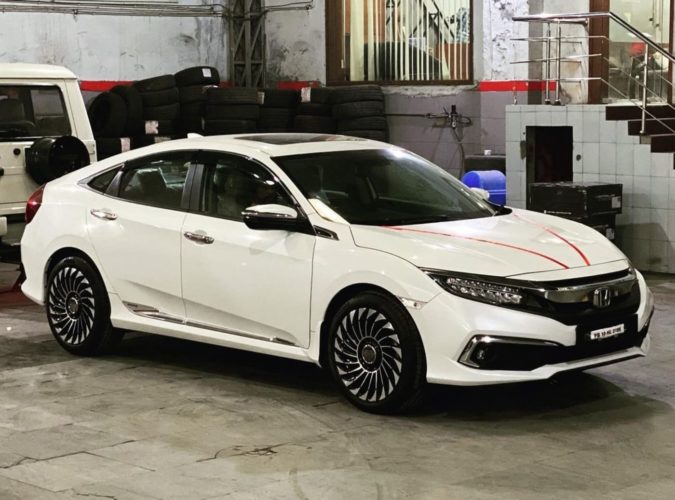 The Honda Civic is available with two engine options in India – a 1.8-litre petrol and a 1.6-litre diesel. The former can generate a max power of 169.5 HP and a peak torque of 174 Nm, and comes mated to a CVT only, while the latter generates 118 HP and 300 Nm, and is available with only a 6-speed manual gearbox.

Priced from Rs. 17.93 lakh to Rs. 22.34 lakh (ex-showroom, New Delhi), the Honda Civic competes with the likes of Hyundai Elantra and Skoda Octavia. Recently, Honda showcased the prototype of the upcoming next-gen Civic, which looks boxier and more simplistic than the current-gen model.

Customised vehicles are quite popular in India, and we come across plenty of examples of these on the road as well as online. These modifications can range from visual upgrades to performance enhancements. The former kind is more popular in India, while the latter is mostly illegal in India nowadays! Even with the aesthetic mods, there is only a limited area one can explore.