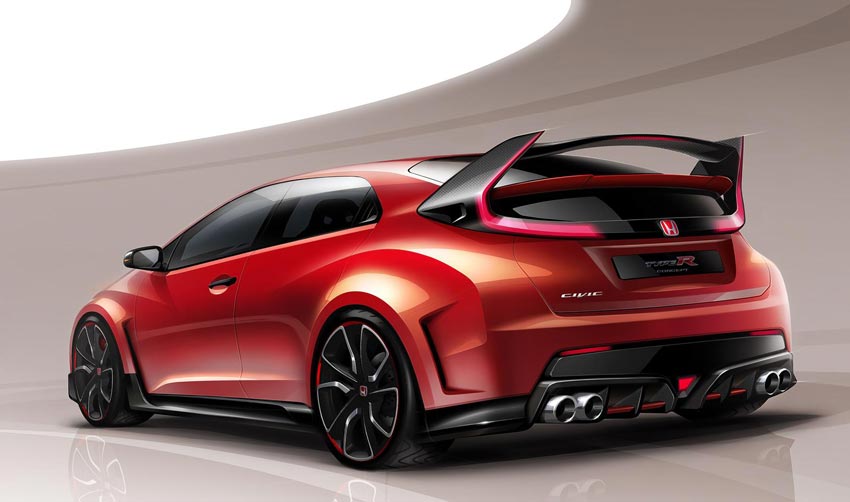 Well…ah…Ahem… I am stuck with words. Truly, astonished to write about a hatchback which literally has no rivals in its class with technology, power and driving pleasure this bingo gives. Yes, introducing the 2015 Honda Civic type R, we call it the unmatched hatchback!

The Honda Civic type R is considered as the ‘race car for the road’, very true to its form. The hatchback is going to make new standards in the high-performance front-wheel drive hatchback segment and sad it will not come to India. Enthusiast, call out loud! Let Honda hear you… 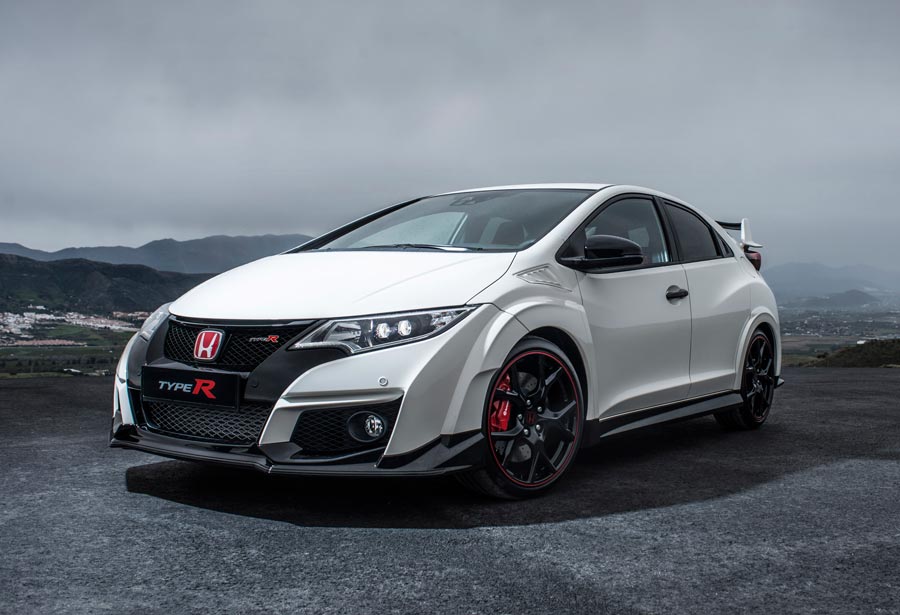 Packed under the hood is a monstrous all new direct-injected turbocharged 2.0 litre VTEC TURBO petrol engine kicking a peak power of 310HP and a peak torque of 400Nm. The power plant delivers power, torque and performance figures unmatched in front-wheel drive hatchback segment. The hot hatch sprints from still to 100km/h in just 5.7 seconds and accelerates to a acceptable top speed of 270 km/h. Crazy! 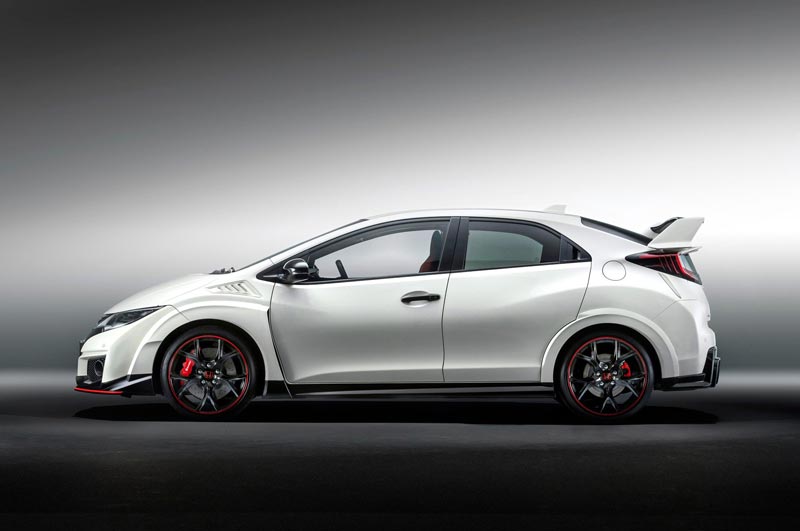 The appearance of the Type R is more focused on the aerodynamics to improve momentum and perform better. The design reflects the aggressiveness yet delivering high levels of down force ensuring high speed. Reinforcing the Type R’s sporting character the cabin is installed with range of aesthetic and functional upgrades. The driving characteristic of the hot hatch is defined by maximizing power transfer to the tarmac by a number of innovative features like new suspension systems and Dual Pinion Electric Power Steering. The new “+R” button will add in more adrenaline rush behind the wheels that increases the response of various chassis and drivetrain systems with a touch of button. 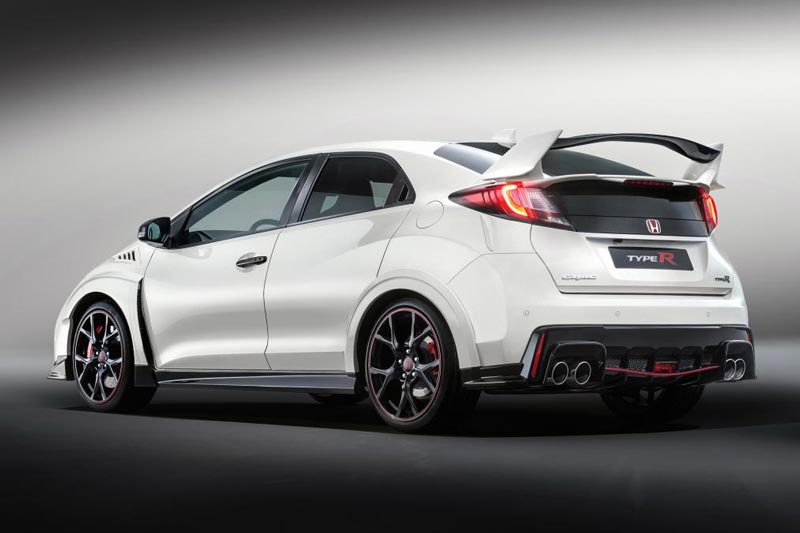 The 4ht generation Honda Civic type R was debut at the Geneva Motor Show earlier in March this year. The models are currently only confirmed for European and the US market. The Type R is an everyday monster, which should not be considered lightly.