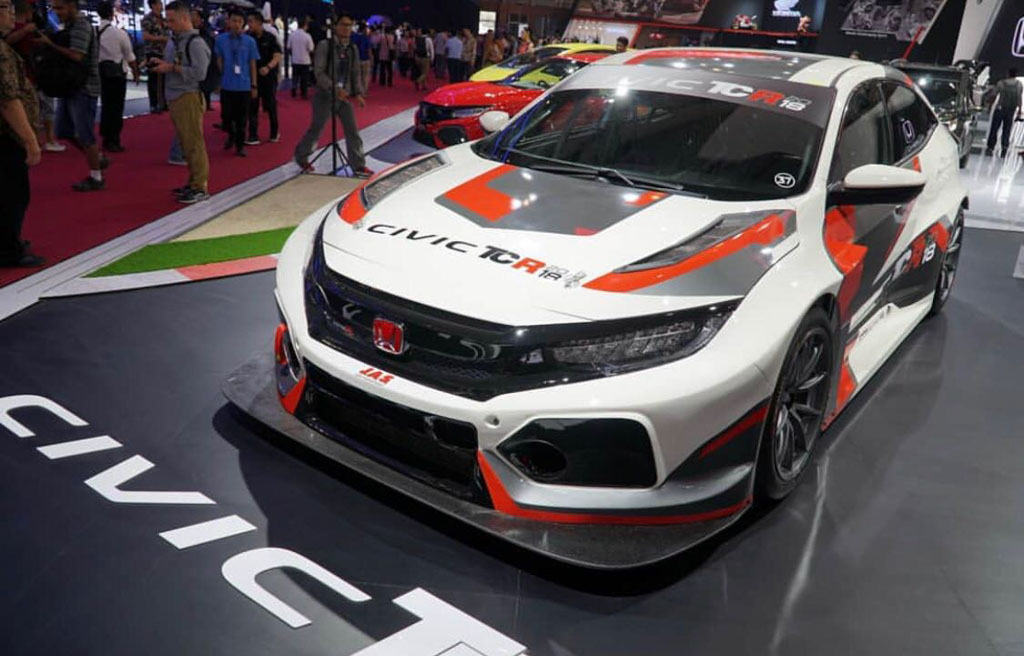 Honda hosted the official world premiere of its Civic Type R TCR racecar at the 2018 Geneva Motor Show in March. It has now been displayed at the ongoing Gaikindo Indonesia International Auto Show. Having made its track debut at the inaugural FIA WTCR (World Touring Car Cup), which took over WTCC and adopted TCR regulations, as opposed to the TC1 rules that lost interest among manufacturers gradually.

The TCR regulations wanting the racecars to be four- or five-door sedan or even hatchback. With Civic being sold in both hatchback and sedan derivatives, it would be no-brainer for Honda to develop a racecar based on the production model with performance Type R badge.

The strict regs further clampdown the manufacturers, as only front-wheel-drive configuration should be used with turbocharged engines of 1.75-2.0-litre capacity. The race-spec engines are tuned to produce no more than 355 horsepower.

Meeting all the stipulated standards, the Honda Civic Type R TCR comes equipped with aerodynamic enhancements that are crucial in eking out maximum lap time and to have perfect compensation between lift and drag. It boasts shovel-shaped front splitter, wider wheel arches, a large rear wing as well as a body kit, stripped out interior to reduce weight and roll cage for increased driver protection. 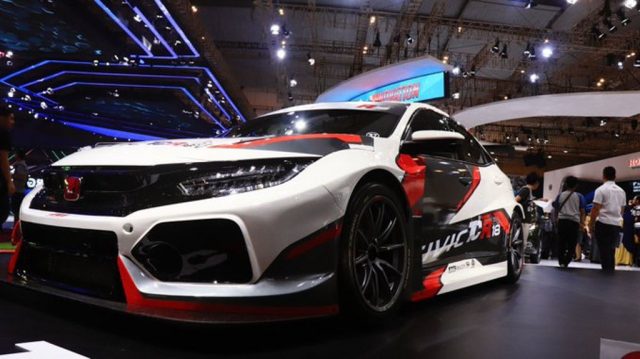 The Honda Civic Type R TCR has endured three victories so far this season with Yann Ehrlacher securing two wins and his team-mate Esteban Guerrieri grabbing one. The former is the higher placed Honda driver in the WTCR championship at fourth position, competing for the ALL-INKL.COM Münnich Motorsport team.

As opposed to the modern touring cars, the TCR machines are heavily based on their production versions with standard drivetrains. Teams can retain their standard manual or paddleshift transmission while TCR-approved race sequential units can be used with weight penalty. 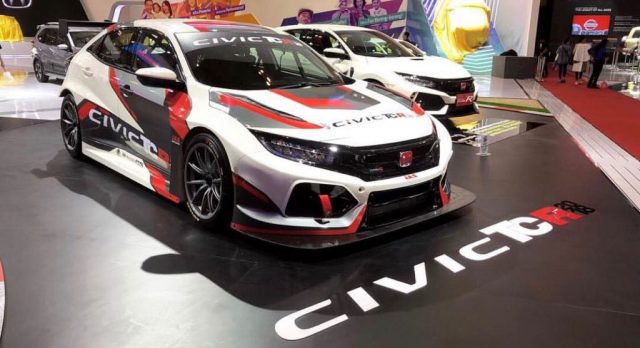 The race cars should not weigh more than 1,250 kg for cars using production gearboxes. Components such as suspension, brakes, tyres and wheels are upgraded and the Civic Type R TCR boasts independent suspension on all wheels. Honda uses 2.0-litre turbocharged engine with new ECU on the racecar.