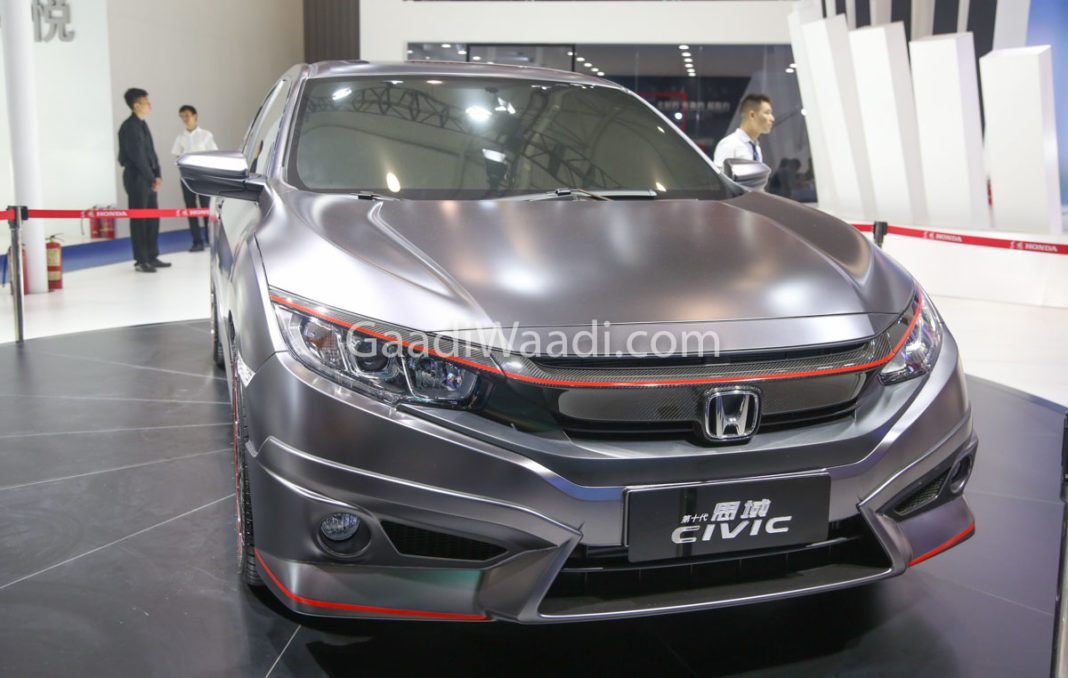 The tenth generation Honda Civic has been showcased at the Chengdu Motor Show 2018. The latest iteration of the popular sedan will launch in India next year

Japanese auto giant Honda has put on display the latest generation of the Civic sedan at the ongoing Chengdu Motor Show 2018. The show car has a matte grey paint scheme with red highlights, which lend a sporty touch to the stylish sedan. The latest Honda Civic made its India debut at the Auto Expo 2018 and will launch here in its facelifted avatar.

The India launch of the new Honda Civic will take place in the first half of next year. The new car is expected to go on sale at a starting price of Rs 15 lakh. Honda Cars India Ltd (HCIL) has mostly made it a point to charge a significant premium over its rival. We expect a similar strategy for the new model.

The eighth generation Honda Civic was discontinued in India in 2013. This step was taken owing to a poor sales performance of petrol cars and the rising popularity of the diesel-powered models. Now, however, petrol cars are gaining popularity. Moreover, for the first time, the Civic will offer a diesel engine in India. 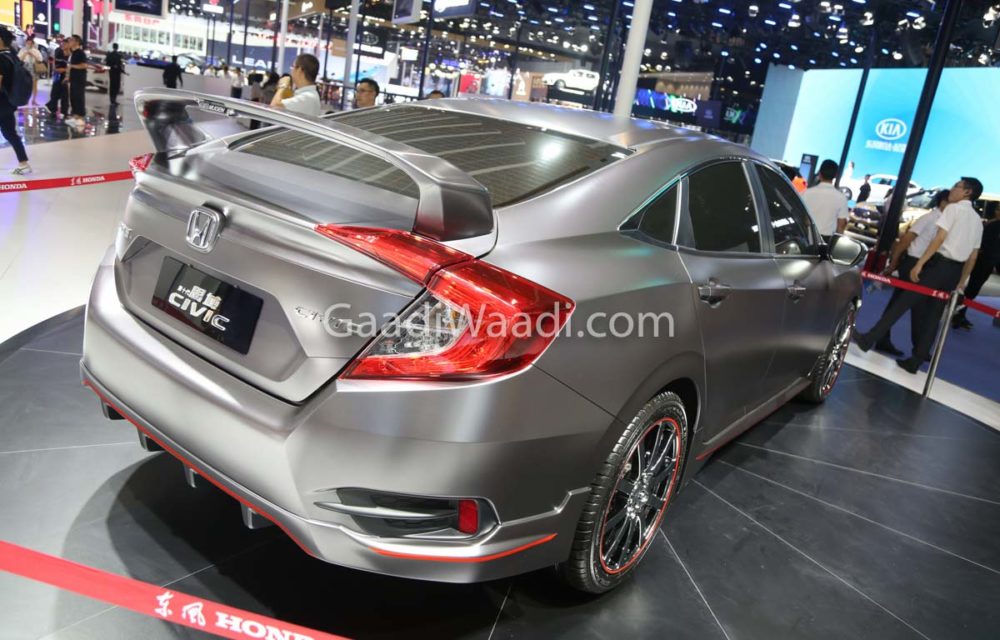 The tenth generation Honda Civic looks really bold and has a futuristic design. Being an altogether different (and newer) generation, the new Civic looks totally different from the earlier car. However, like the earlier model, the latest generation has a very sleek and sporty design that makes it look very youthful and future-ready.

Powering the Honda Civic will be a 1.6-litre iDTEC diesel engine that produces a maximum power of 118 bhp along with a peak torque of 300 Nm. This engine is being produced in India and is exported to several international markets. The petrol variant will get a new version of the earlier car’s 1.8-litre engine. This motor is expected to offer 138 bhp and 174 Nm.

We have been really excited about the upcoming relaunch of the Honda Civic. And the visually modified show car at the Chengdu Motor Show 2018 makes the wait even more difficult.