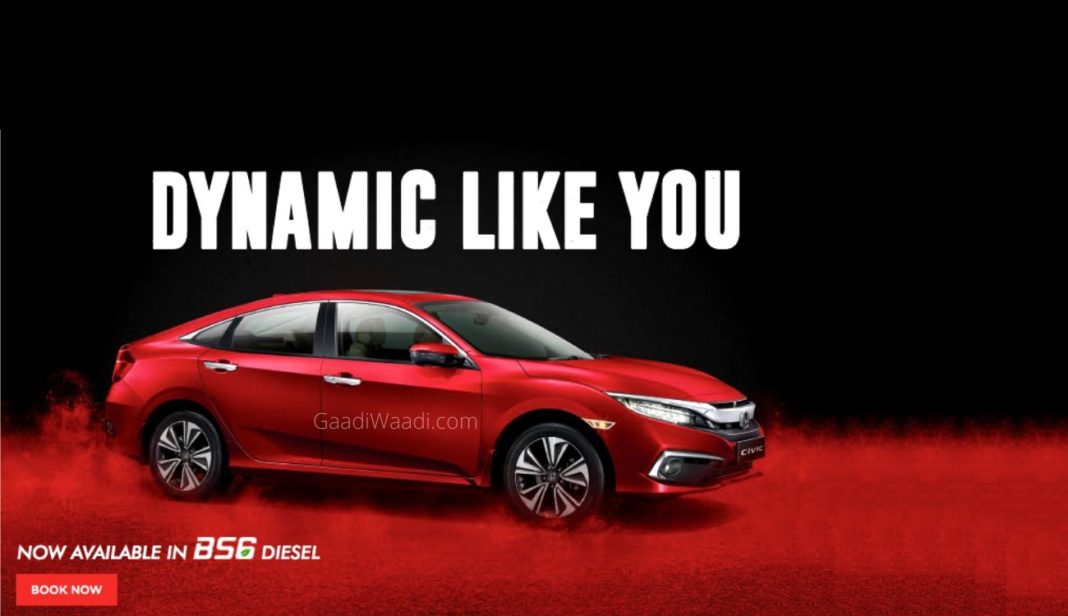 Honda Cars India introduced the Civic in March 2019 and it has become a huge success. The nameplate made its return to the domestic scenes after six years of absence and the buzz surrounding its debut did translate into good sales numbers as it recorded more than 2,200 unit sales in its very first month. The Civic continued its dominance until the end of June and then it had a seesaw battle with Skoda Octavia.

Amidst the dire social and economic conditions, automobile manufacturers are introducing their new products digitally and the strategy could stay put in the coming months as the country is facing wider spread of the disease in recent weeks. The BSVI emission standards came into effect from April 1, 2020 and it led to many popular models exiting the market.

More noticeably, brands like Maruti Suzuki have opted against selling diesel vehicles while others do find a lot of potential in them. Last year, Honda sold 4,928 units of the Civic and about 87 per cent of the total were for the petrol variants. Since the arrival of BSVI standards, the Japanese auto major has been retailing the Civic only with a BSVI petrol engine across V, VX and ZX trims.

The 1.8-litre four-cylinder i-VTEC petrol motor is good enough to generate a maximum power output of 140 bhp at 6,500 rpm and 174 Nm of peak torque delivered at 4,300 rpm. The BSVI motor is paired only with a CVT paddle-shift automatic transmission (with Sport mode) driving the front wheels and it has claimed fuel economy of 16.5 kmpl.

The company has now commenced the bookings for the BSVI diesel version of the Civic. The 1.6-litre i-DTEC four-cylinder diesel engine in its BSIV specification pumped out 118 bhp at 4,000 rpm and 300 Nm of peak torque at 2,000 rpm. The updated version will likely produce same power and torque outputs along with the segment-best fuel efficiency of 26.8 kmpl.

It will be mated to only a six-speed manual transmission as a nine-speed automatic unit could be deemed too expensive. We do expect Honda to officially launch the BSVI Civic in the coming days with notable increase in pricing and it can be reserved through dealerships or without any hassle, online.