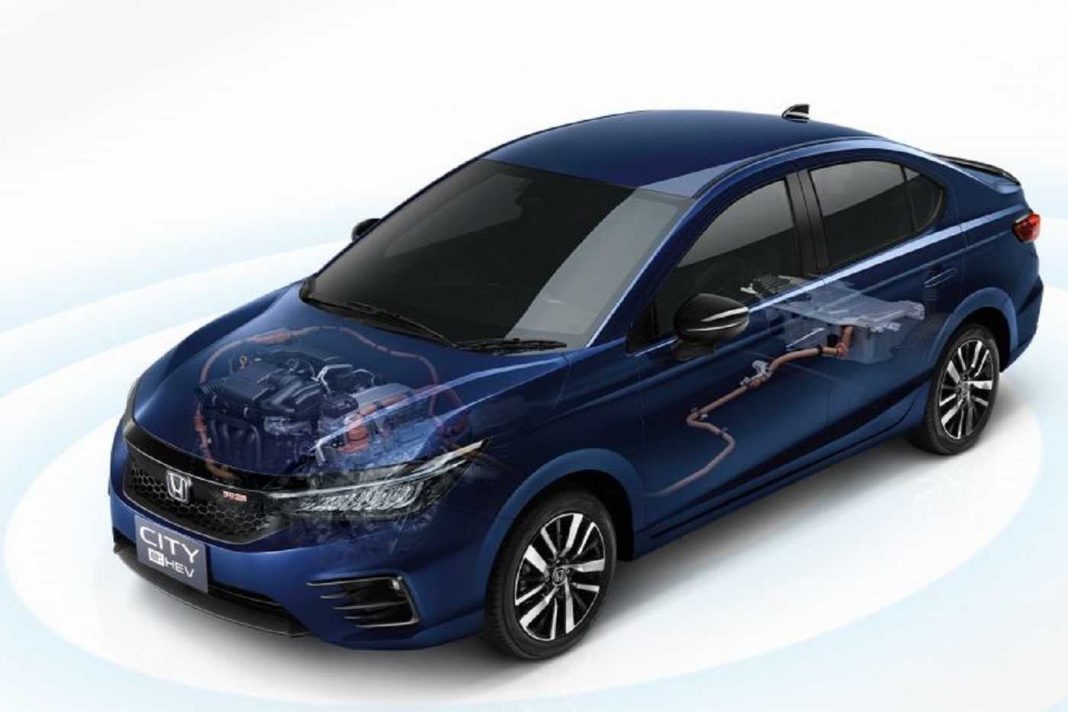 Thanks to its hybrid powertrain, Honda City e:HEV will likely be the most fuel-efficient sedan in the Indian market upon launch

Honda Cars India has announced that it will officially unveil the hybrid version of the City sedan in our market on 14th April 2022, under the name ‘City e:HEV’. The Japanese carmaker has not revealed an official launch date yet, but we expect the price reveal and commencement of deliveries to happen in the month following it, i.e., in May 2022.

Honda City e:HEV will get the brand’s i-MMD technology, similar to other Honda hybrid cars in the international markets. The vehicle will be powered by a 1.5-litre NA petrol engine, paired with two electric motors. One motor will serve as an integrated starter-generator, while the other will be connected to the front axle, to propel the car.

The petrol engine will be capable of generating 98 PS and 127 Nm of peak power and torque, respectively, while the combined power output from the hybrid powertrain will be around 109 PS and 253 Nm (based on the specs of the international City e:HEV). The hybrid version will get a large lithium-ion battery in the boot, which will reduce the boot space and also increase the overall weight.

The hybrid powertrain of Honda City e:HEV gets three driving modes: full-electric, hybrid, and full-petrol. In full-petrol mode, the engine sends power to the wheels directly via a lock-up clutch. The Thai-spec version of this hybrid sedan delivers a fuel economy of around 27.8 kmpl, and the upcoming Indian version shouldn’t be too far behind.

In the Indian market, Honda City e:HEV will likely get the same features as on the top-spec trim of the regular City sedan. This would include an 8-inch touchscreen infotainment system (with Apple CarPlay and Android Auto), integrated Amazon Alexa support, an electric sunroof, six airbags, etc.