2021 Honda City hybrid sedan uses a 1.5-litre i-VTEC petrol engine and an electric motor setup; has a claimed range of 27.8 kmpl in the NEDC cycle

In the Thai market, Honda has introduced the hybrid version of the fifth-generation City. The nameplate has huge popularity not just in India but across many Asian markets and the e:HEV hybrid is priced at THB 839,000 (approximately Rs. 20.44 lakh). Available only in the top-spec RS variant, it features the brand’s i-MMD (Intelligent Multi-Mode Drive) hybrid system.

As expected, the hybrid version of the new-gen Honda City does not have any dramatic exterior changes compared to the regular model. The front fascia comprises of sleek LED headlamps with sporty LED Daytime Running Lights, a sculpted front bumper with LED fog lamps, blackened grille section, wraparound LED tail lamps, neatly designed multi-spoke alloy wheels and so on. 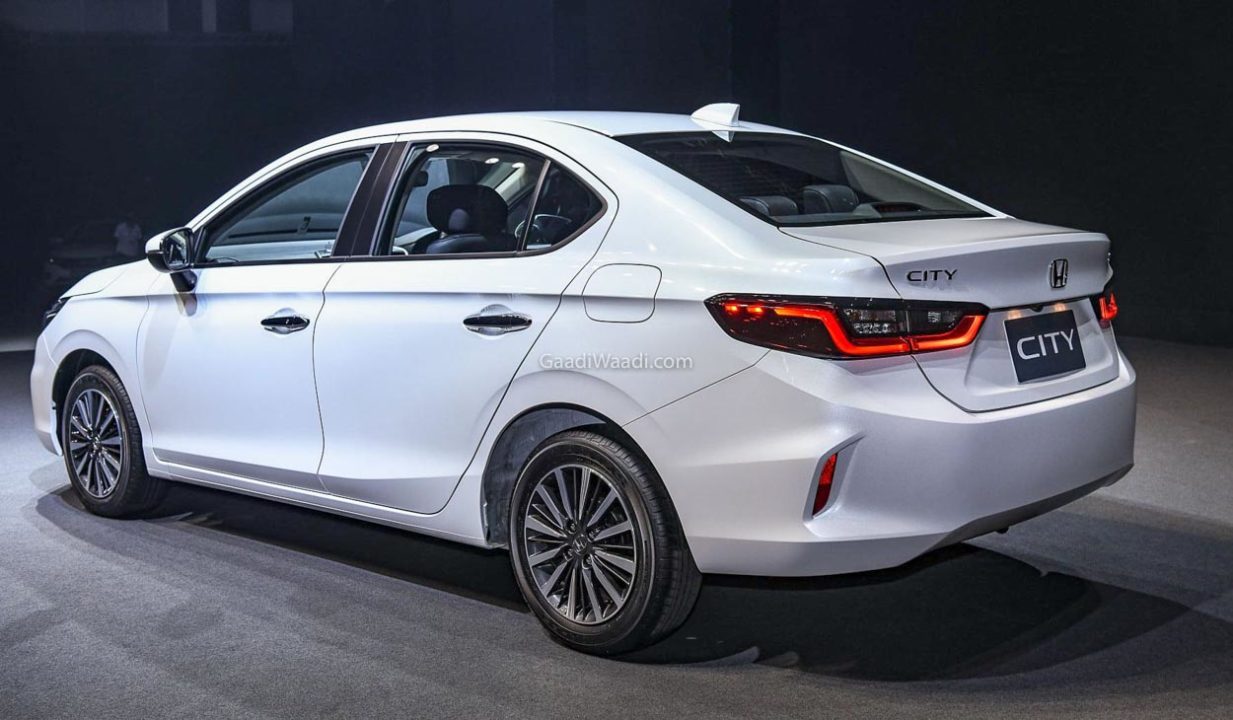 As for the interior, the 2021 Honda City e:HEV hybrid features a large touchscreen infotainment system with Apple CarPlay and Android Auto connectivity, reversing camera, paddle shifting function, contrast red stitching on the seats, etc. The Japanese manufacturer will further expand the City e:HEV hybrid sedan’s reach across Asia but whether it will be introduced in India or not is yet unknown.

Just a few days ago, Honda unveiled the City Hatchback. Based on the sedan, it has a similar exterior until the B-pillar and behind it changes to the roofline, and rear have been made to accommodate the hatchback body style. It is powered by a 1.0-litre three-cylinder turbocharged petrol engine producing around 122 PS and 173 Nm of peak torque.

A near-production prototype version of the Civic made its debut recently and it will give rise to the eleventh generation of the executive sedan sometime next year globally. The fifth-generation Honda City sedan has been performing well in the Indian market and it will be interesting to see if its range will be expanded or not here.