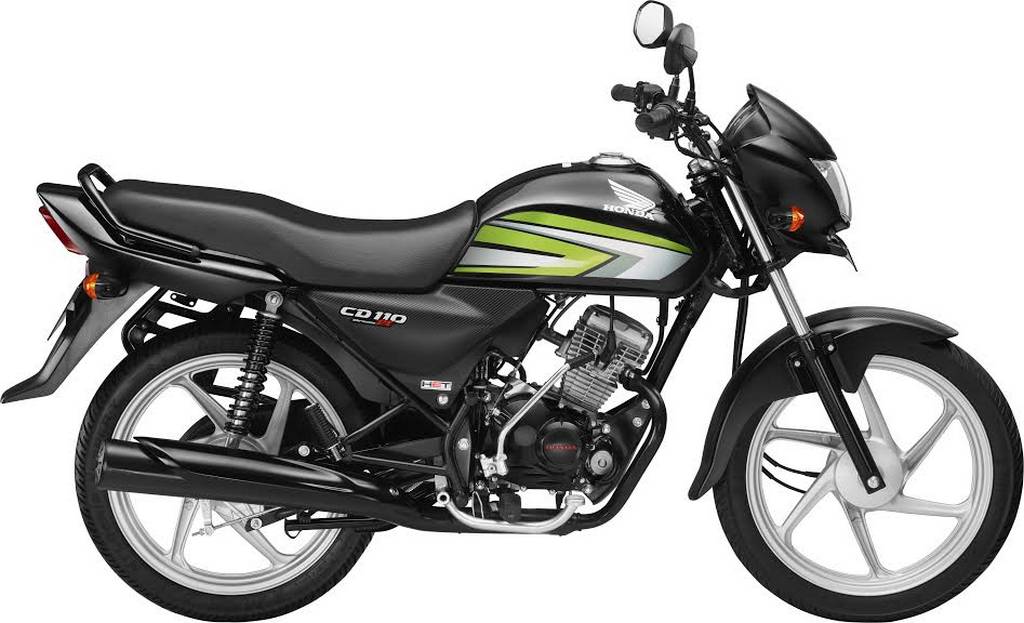 A new variant of the Honda CD 110 Dream has been launched yesterday priced at Rs. 46,197, ex-showroom Delhi with the deliveries commencing across all the Honda dealerships in the country immediately. New additional colour graphics has been introduced but only in the deluxe variant.

The CD 110 Dream is the Japanese two-wheeler manufacturer’s most affordable motorcycle in the Indian market and to strengthen the sales numbers the latest upgrade is termed as Deluxe (DX) variant. The most welcoming addition to the variant is the inclusion of the self-start system.

The new variant was first showcased at the Indian Auto Expo’s 13th edition in early February. The all-new colour graphics added exclusively to the deluxe variant is black with green stripe. The HET engine features Honda’s red colour logo stamped on it to highlight trust and quality says Honda.

Third in the ranks of the Dream series alongside Dream Yuga and Dream Neo, the variant offering self-start will be sold in four colour schemes and of them three already exist. The Honda CD 110 Dream was first launched for the Indian two-wheeler market back in 2014 and has since been well-received for its pricing, features and fuel economy.

Customers in the rural areas have been lured in to buying this utility-based motorcycle and its main advantage lies with the engine. The HET abbreviated to Honda Eco Technology which forms the core strength of the engine. It has a claimed fuel economy of 74 kilometres per litre and produces a maximum power output of 8.25 bhp at 7,500 rpm.

It has a very good ground clearance of 179 mm and has 1,258 mm extended wheelbase to provide stable ride quality on undulated roads. The durable motorcycle has maintenance-free battery and tubeless tyres providing additional life. The normal CD 110 Dream with kicker start will have a catch price tag of Rs. 43,997, ex-showroom Delhi.