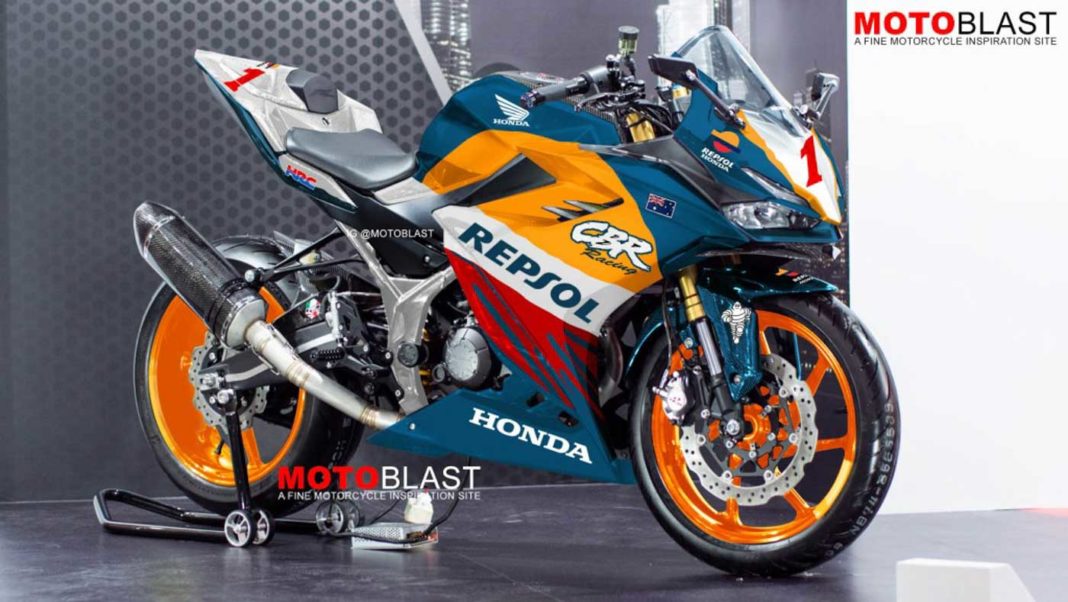 The Honda CBR150R recently received a generational update that brings along new styling, a USD front fork as well as a slipper clutch, among other changes

The Honda CBR150R is currently the most affordable CBR series motorcycle that the Japanese carmaker retails, and the 150 cc single-cylinder sport bike is manufactured in Indonesia by Astra Honda Motor. Honda did sell the CBR150R in the Indian market for a few years, however, the motorcycle was discontinued from the country in 2017.

That being said, Honda recently revealed the all-new 2021 version of the CBR150R for Indonesia, and the updated motorcycle features a complete design overhaul, along with new equipment. However, this particular Indonesian wrap artist couldn’t wait for too long before introducing a new livery for the new CBR150R.

MotoBlast has unveiled a new MotoGP edition livery for the 2021 CBR150R, but this isn’t just any other MotoGP livery. Instead, the artist has used the same colours as the legendary 500 cc Australian champion Mick Doohan’s title-winning NSR500. FYI Mick Doohan won five consecutive 500 cc World Championships with the NSR500. 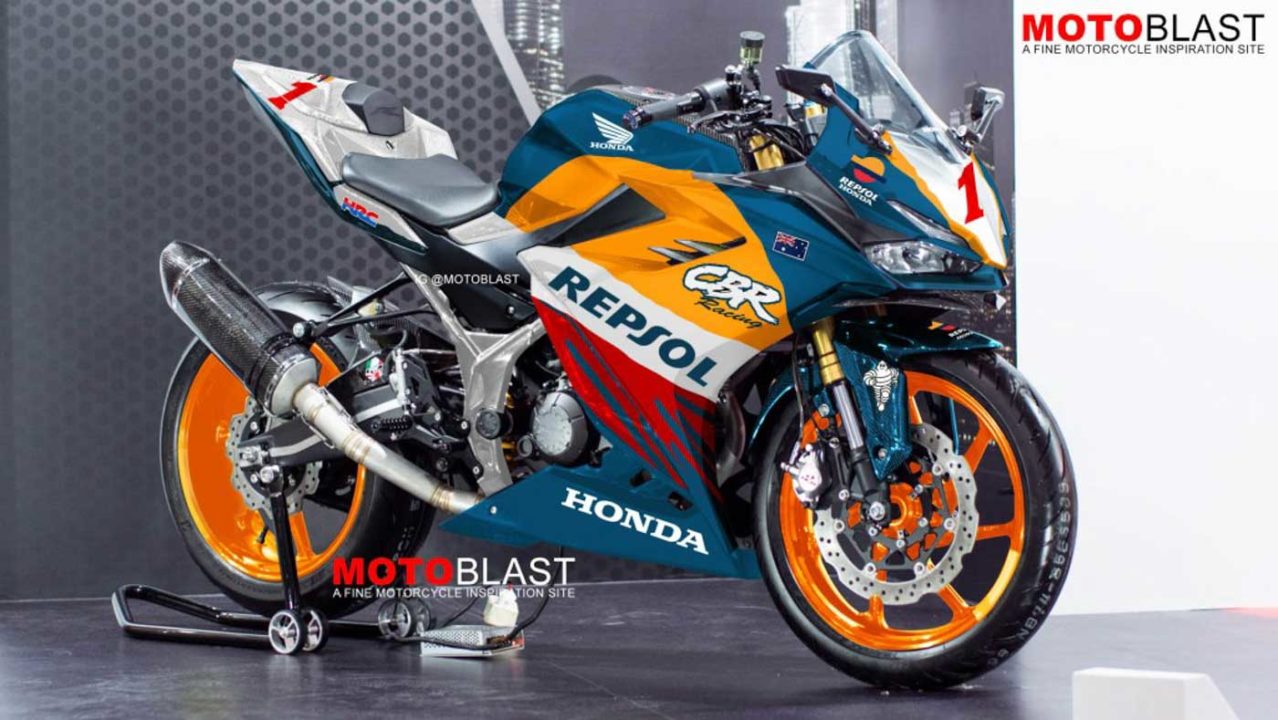 Talking about the similarities, the dark blue colour, the Repsol sticker, the font for the CBR badge, as well as the red coloured ‘1’ sticker at the front are all inspired from the NSR500 that Doohan used to win five consecutive titles in the 1990s. In addition, the motorcycle gets a silver pillion seat cowl that bears the ‘1’ badge, along with orange alloy wheels.

The new-gen CBR150R continues to draws power from the same 149 cc liquid-cooled 4-valve single-cylinder engine, but it now puts out 17.3 PS of maximum power, along with 14.4 Nm of peak torque. The bike comes equipped with a golden USD fork up front, a slipper clutch, as well as a fully-digital LCD instrument cluster.

Honda offers the 2021 CBR150R in Indonesia in two versions – with and without ABS, and the latter is priced at 40 million rupiah, which translates to about Rs 2.08 lakh in Indian currency. If Honda were to relaunch the CBR150R in India, it would lock horns against the Yamaha YZF R15 V3 here. However, considering its price in Indonesia, that surely isn’t a good idea.