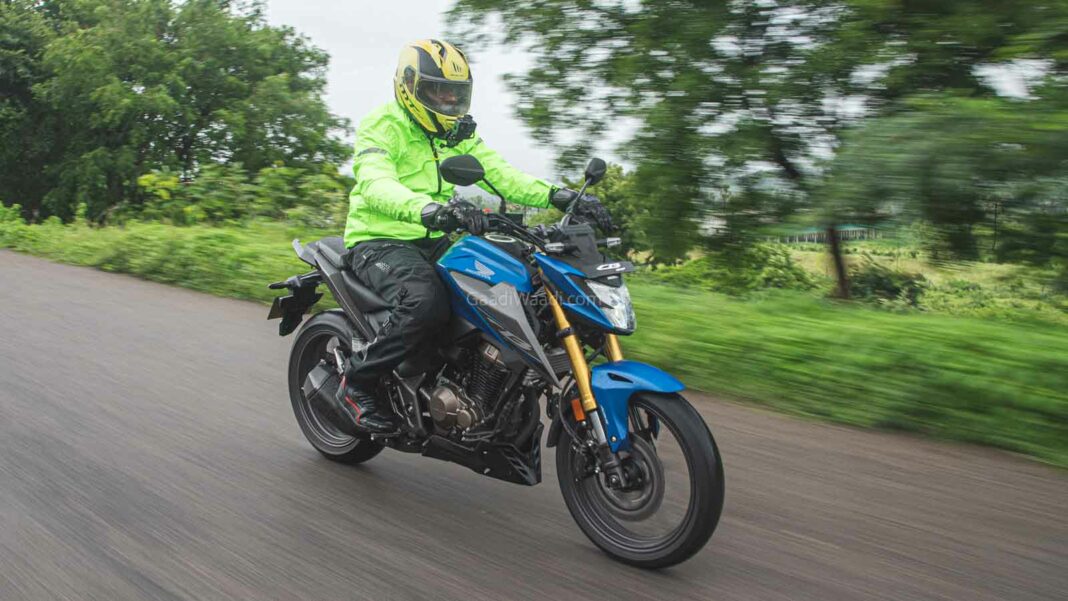 Honda CB300F is the latest addition to the brand’s BigWing range and is the least expensive too. Does it make sense? Let’s find out!

The CB300F is the new naked streetfighter in town and is positioned as the entry-level offering from the BigWing premium dealerships – below the CB300R neo-retro cafe racer. The motorcycle has a lot going for it as it comprises a newly designed engine and a specifically designed diamond frame according to the brand. But does it really hit a home run for Rs. 2.28 lakh (ex-showroom)? Let’s find it out!

The Honda CB300F has its design inspired by its bigger sibling, the CB500F sold in the international markets. But, you could really see that it is an evolution of the Hornet 2.0 and it has a sleek stance overall with aggressive-looking body panels and fuel tank extensions, a compact rear end, neatly integrated headlamps, split seat setup and a muscular fuel tank. 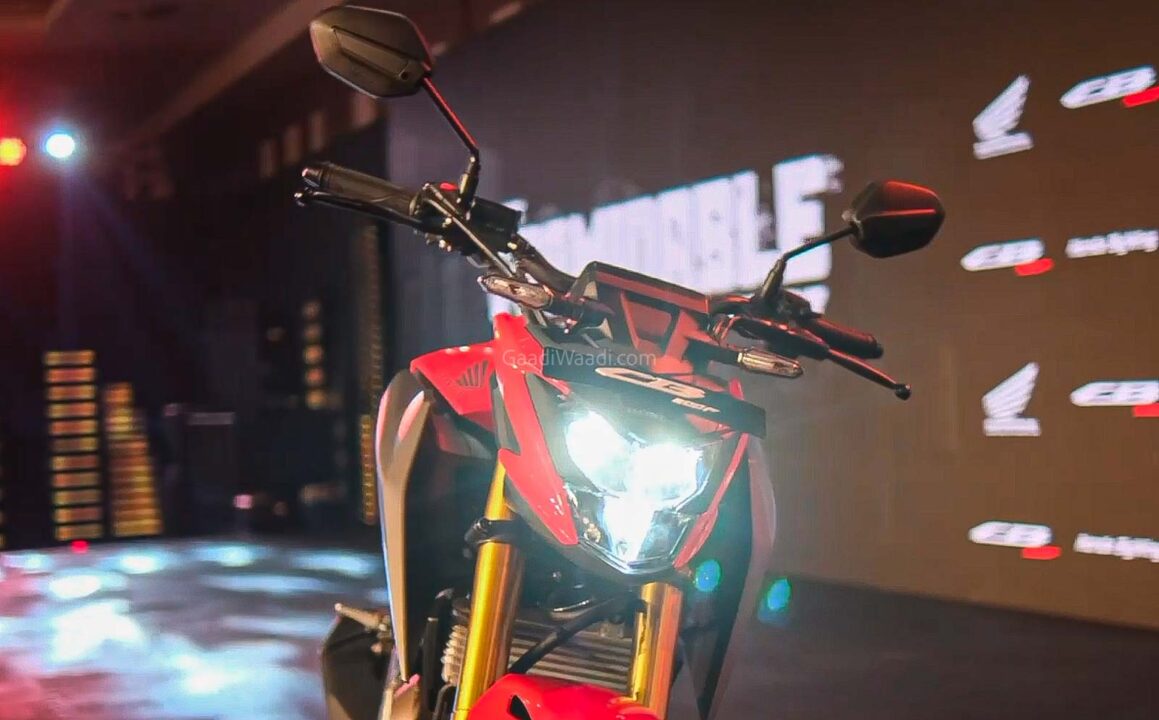 With a wheelbase length of 1,390 mm, you could move around as a rider and sitting lower on the seat helps appeal to a wider set of customers including the short ones. With a seat height of 789 mm and 177 mm ground clearance, the Honda CB300F does have the tools to be a good cornering performer, emphasised by the single-piece sporty handlebar, and tackle typical Indian roads. 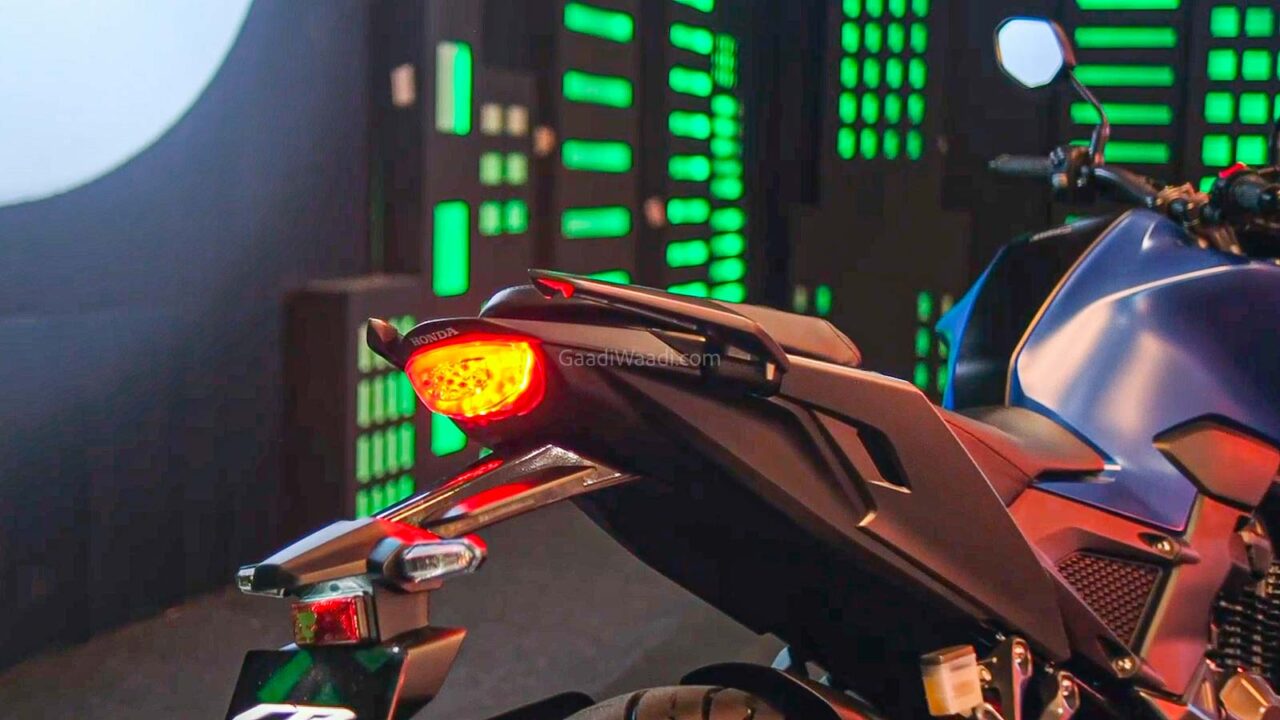 The CB300F is powered by a new 293.52 cc single-cylinder oil-cooled two-valve engine and it delivers 24.1 hp and 25.6 Nm of peak torque. The powertrain is linked with a six-speed transmission. As you hop on, you would realise that this motorcycle suits city riding more than anything else with the essence of good low-end and midrange performance.

The light front end aids in flicking the motorcycle effortlessly and the knees can be gripped well underneath the large 14.1-litre fuel tank. The naked streetfighter responds to your inputs and it delivers seamless performance mainly in the low and mid rpm range. 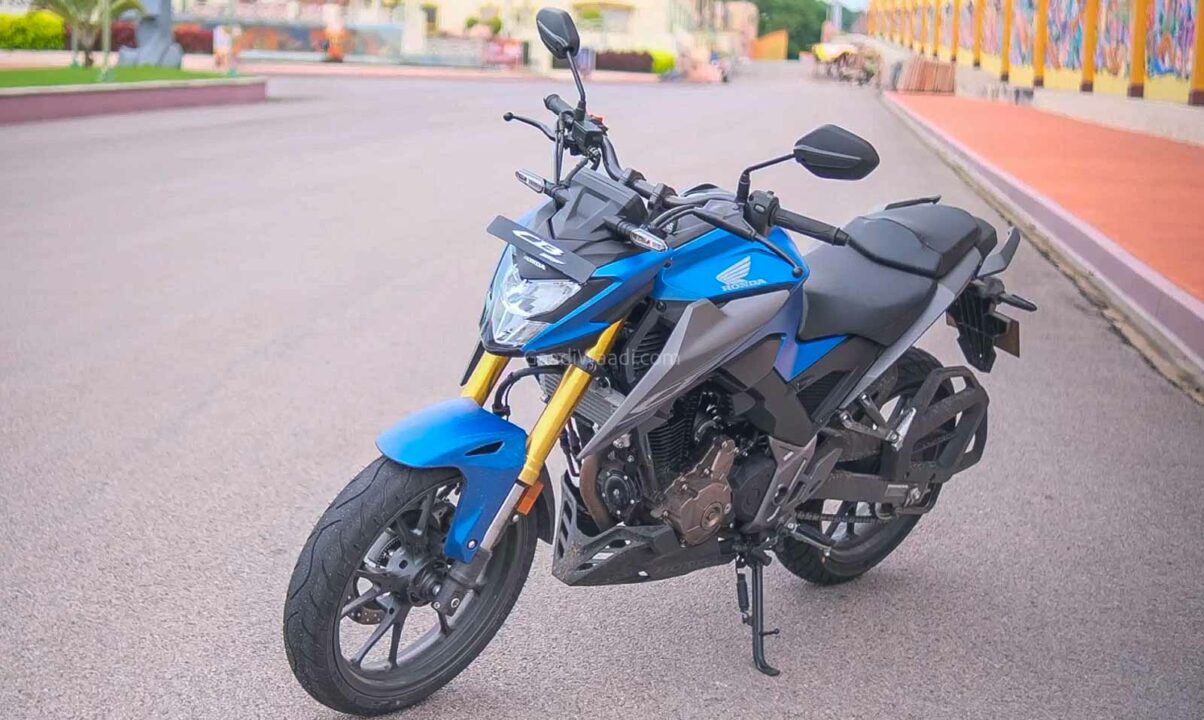 With the gearing not as tall as in the CB350, you don’t have to shift often mainly in traffic conditions. In addition, the standard assist and slipper clutch makes life easier during aggressive downshifts and the chassis is well composed enabling good high speed stability.

Moving up the rev range, the Honda CB300F can hit speeds well above 120 kmph in the fourth gear but the top end performance is sorely lacking as it can only do 139 kmph top speed. The powertrain has refined characteristics but it cannot come anywhere closer to the H’ness and CB350 RS. 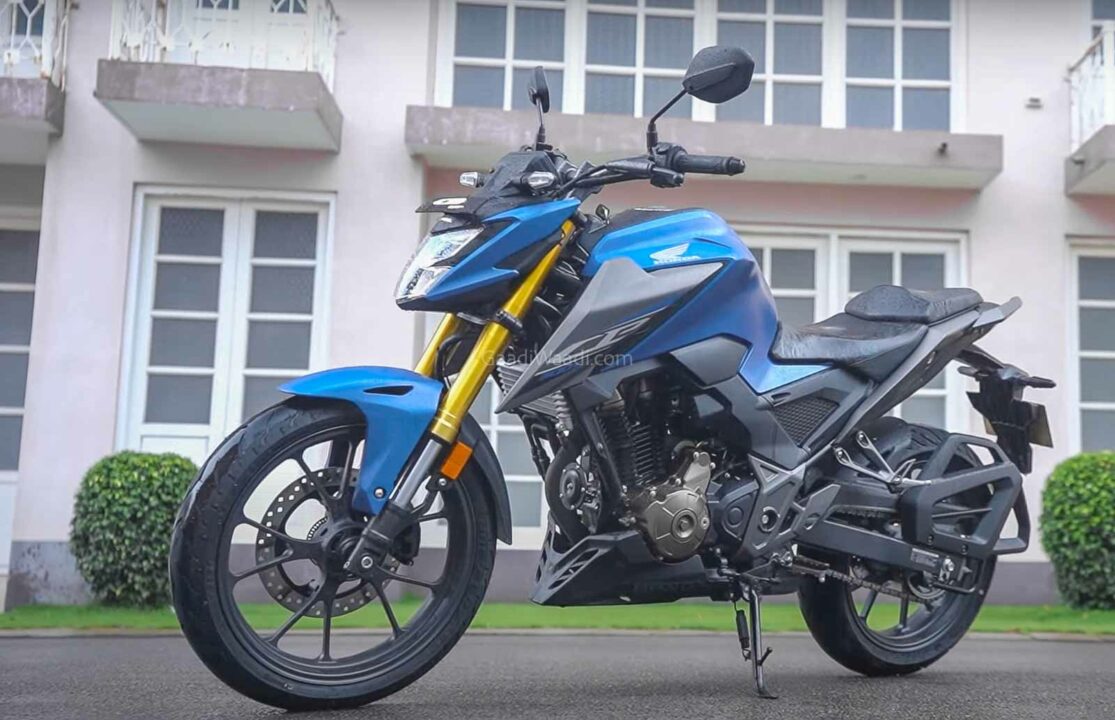 With Suzuki Gixxer 250 around Rs. 50,000 cheaper and the far superior KTM Duke 250, only around Rs. 10,000 expensive, the Honda CB300F does not hit the right chords due to the subdued top-end performance as the fifth and sixth gear performance is a miss rather than a hit and the engine feels stressed past the 130ish mark. 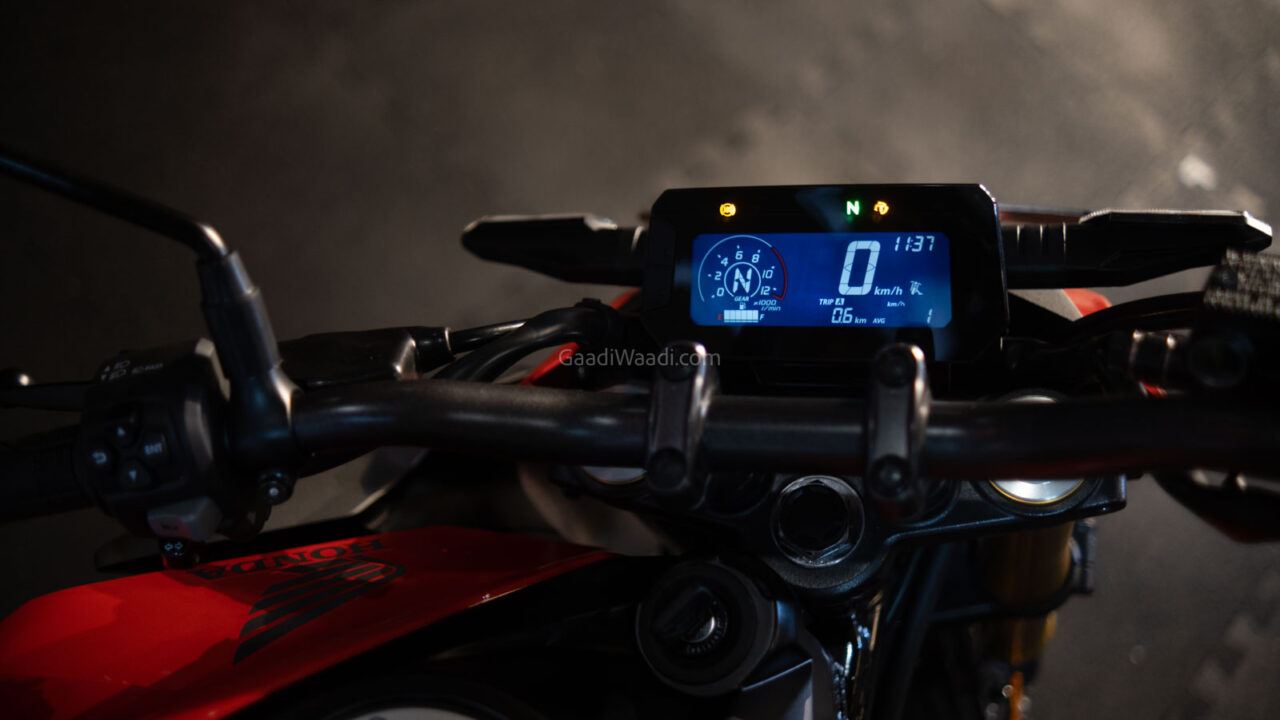 In comparison, the more expensive CB300R is lighter and produces higher performance and top speeds of well above 150 kmph and it has a unique design. The overall fit and finish of the Honda CB300R are particularly decent enough but the size of the LCD instrument cluster that shows a variety of information such as gear indicator and range could be a bit bigger.

The rider as well as the pillion seat offers good comfort but the seat finish could have been more premium. The upside-down golden-coloured front forks and five-step adjustable rear monoshock suspension absorb bumps effectively and they make for a pliant across different surface conditions. 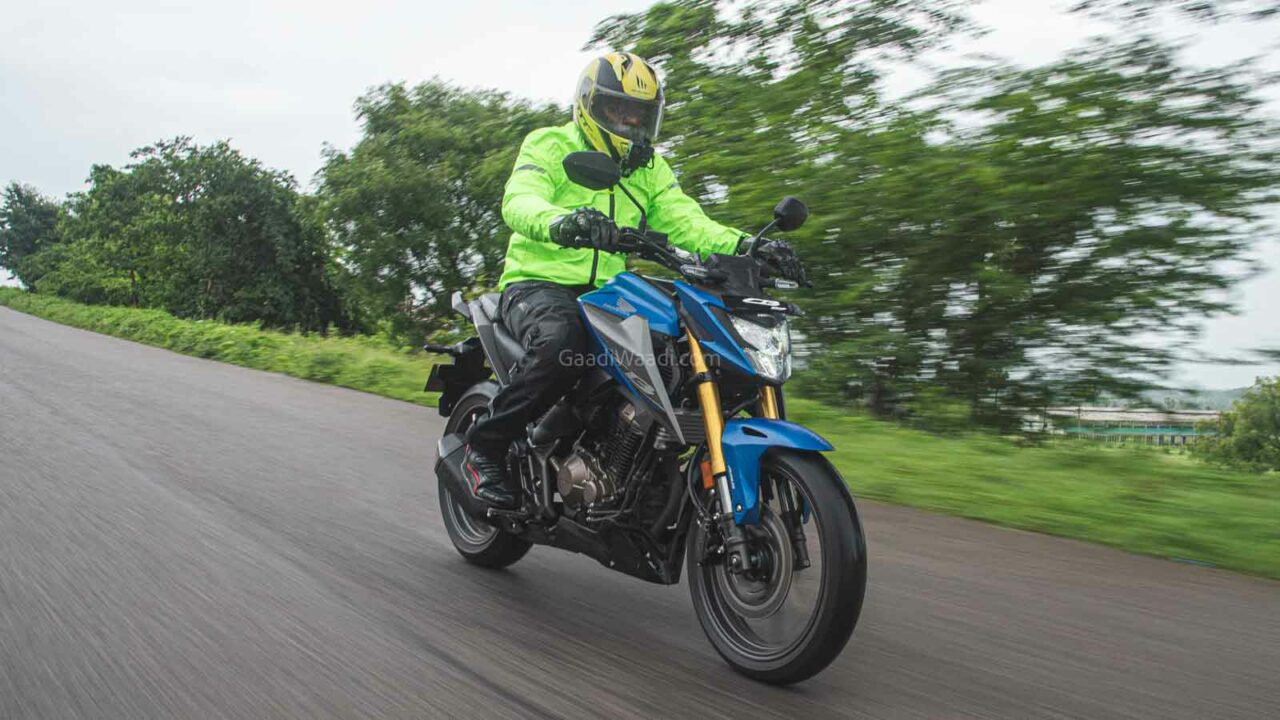 The dual-channel ABS system with Nissin callipers (276 mm front disc and 220 mm rear disc) does give you enough confidence to brake late into the corners. The 17-inch MRF RevZ radial tyres were tested both in dry and soaking wet conditions and they are one of the highlights of the motorcycle rendering good traction.

The Honda CB300F, priced at Rs. 2.25 lakh for Deluxe and Rs. 2.28 lakh for Deluxe Pro (ex-showroom), is for people trying to upgrade from lower cc Honda motorcycles such as the Hornet 160R or the latest 2.0 but, bear in mind, it is still on the expensive side. For others looking for an everyday urban naked, there are better options out there!