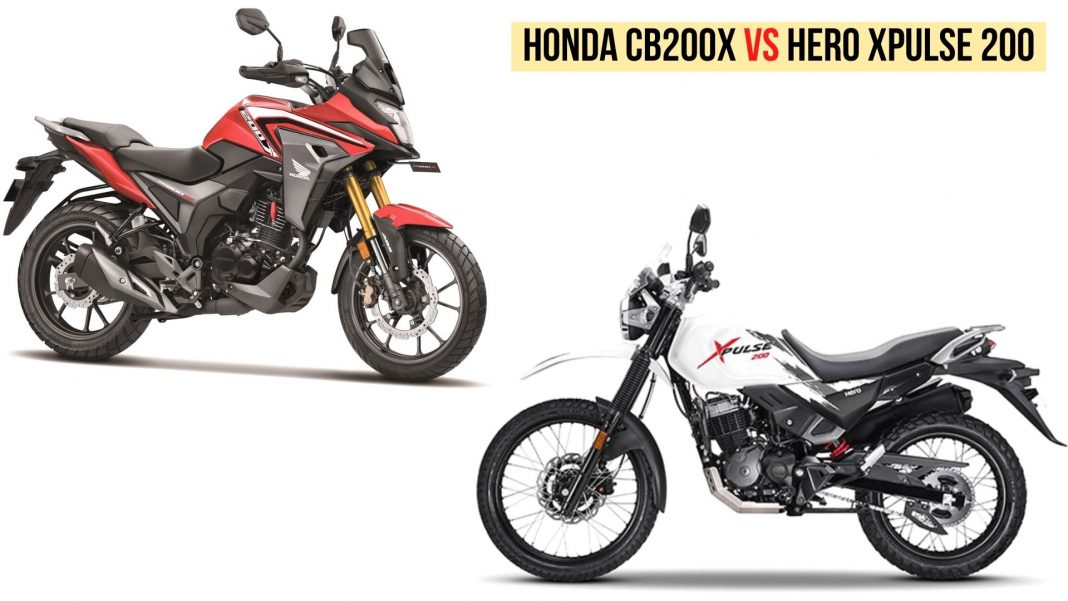 How well does the newly-launched Honda CB200X fare against the potent Hero Xpulse 200? Here is a comparison that answers this question

Motorcycles that are capable of taking the paths less explored were once a distant sight in the county. However, a slew of new models are now available in the Indian market in almost every budget range. The entry-level buyers have access to the Hero Xpulse 200, which is a capable dual-sport machine.

Now, Honda has launched the CB200X in India to lock horns with the Hero Xpulse 200. Sadly, the Honda CB200X looks more like a road-biased motorcycle. So if it is any capable as the Hero Xpulse 200 or not, it is a question to be answered. Here’s a comparison that will help us in doing so.

Starting with the Honda CB200X, it looks like a scaled-down version of the CB500X. Of course, with a few distinctions. Since it is based on the Hornet 2.0, a lot of its design cues come from the Honda’s naked motorcycle itself. For instance, the LED headlamp unit seems to be a direct lift. The CB200X also gets a tall windscreen on the front along with the fairing. It gets a split-seat setup, and the tail looks quite like the Hornet 2.0’s. 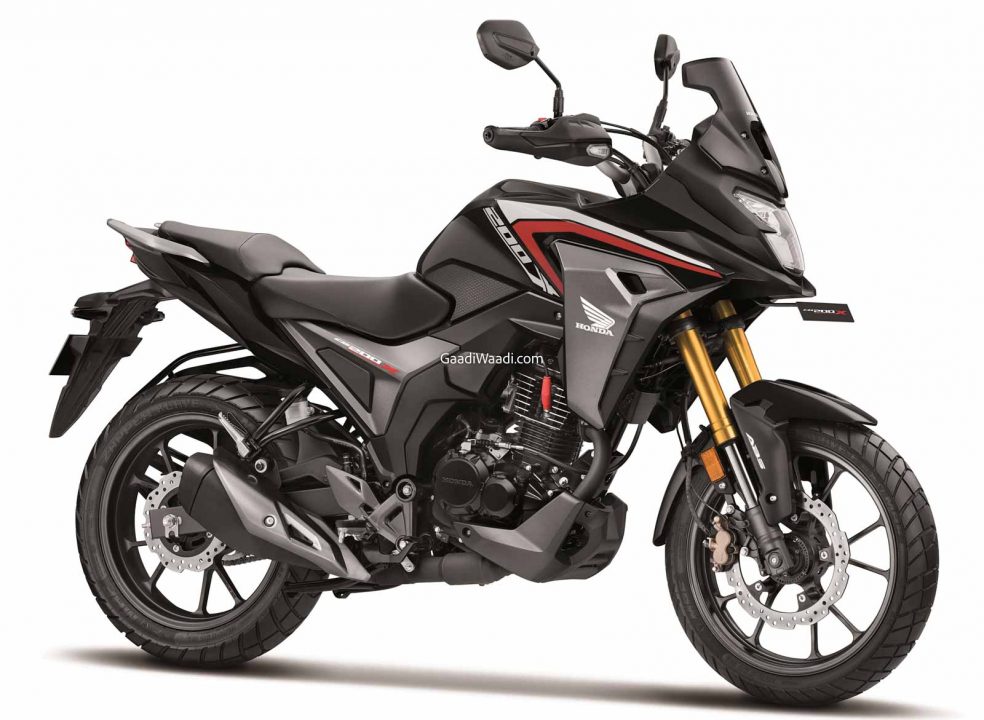 The Hero Xpulse 200 is the more off-road friendly of the two. Even design-wise. It gets a jacked-up stance, much like the thorough-bred ADVs. A high-set front mudguard, round LED headlamp, fairly tall windscreen, offroad-ready pegs, and dual-purpose tyres lend the Xpulse 200 with purposeful aesthetics. A metal tank is what Xpulse gets. The styling package follows a minimalistic theme here, but it cannot be mistaken for a road-biased motorcycle. A total of 5 colour options are available here.

In this regard, the Honda CB200X lags behind the Hero Xpulse 200. The CB200x gets all LED lighting for the headlamp, taillamp, and turn indicators. A backlit display is available for the instrument cluster that shows a host of information. However, it doesn’t get any connectivity aid. To make things fancy, the indicators are fixed on the knuckle guards. The CB200X also gets a hazard light switch. 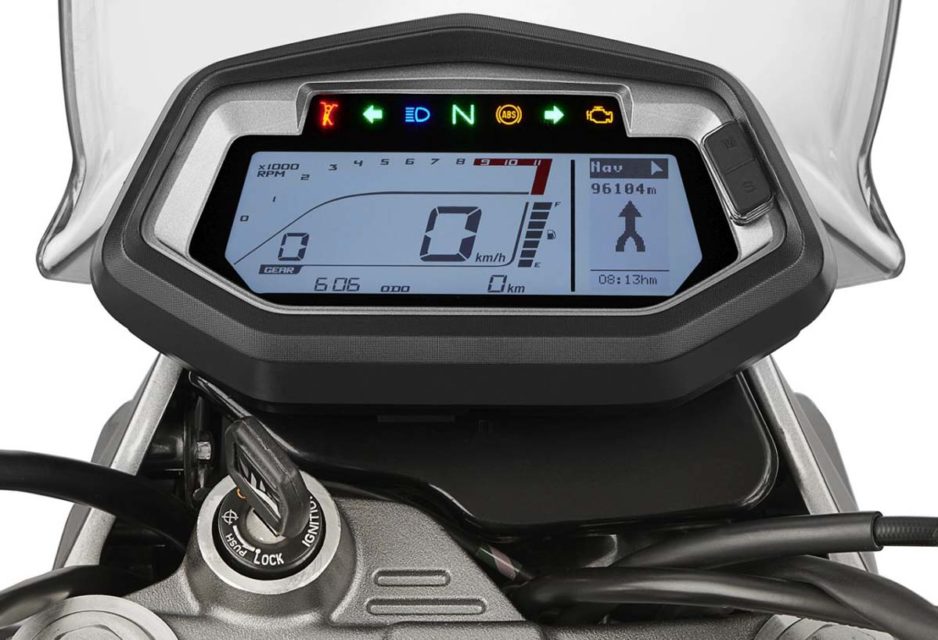 Moving over to the Hero Xpulse 200, the affordable dual-sport comes loaded with features. While the headlamp, DRLs, and tail lamp are all LED units, the blinkers use halogen bulbs instead. A nice crisp digital display is present for the instrument cluster, which can be connected via Bluetooth for turn by turn navigation and call notifications. Moreover, it gets a USB phone charging port on board. Furthermore, the Hero Xpulse 200 offers aids like vehicle tracking, data access and more via Hero’s app.

Based on the Honda Hornet 2.0, the CB200X shares a lot of similarities with its naked streetfighter sibling.  It uses the same 184.4 cc single-cylinder engine that develops 17 Bhp and 16.1 Nm of peak power and torque, respectively. The transmission is a 5-speed unit here, and the CB200X tips the scale at 147 kilos. The CB200X uses inverted front forks and a mono-shock at the rear. The rim size remains the same as Hornet 2.0 at 17 inches. Unlike the Xpulse, it gets alloy wheels.

The Hero Xpulse features a 199.6cc oil-cooled motor, which belts out 17.8 Bhp and 16.45 Nm. It comes paired with a 5-speed transmission. The Xpulse is the heavier one here at 157 kilograms. Interestingly, it gets proper offroad-spec suspension components. The travel for the front forks is 190 mm, and the rear mono-shock boasts 170 mm of travel. The latter is also 10-step adjustable. Rotor size is the same on both the motorcycles. The front ones are 276mm, whereas the rear rotors are 220 mm. Interestingly, the Hero Xpulse 200 also offers a whoopingly-high ground clearance of 220 mm. 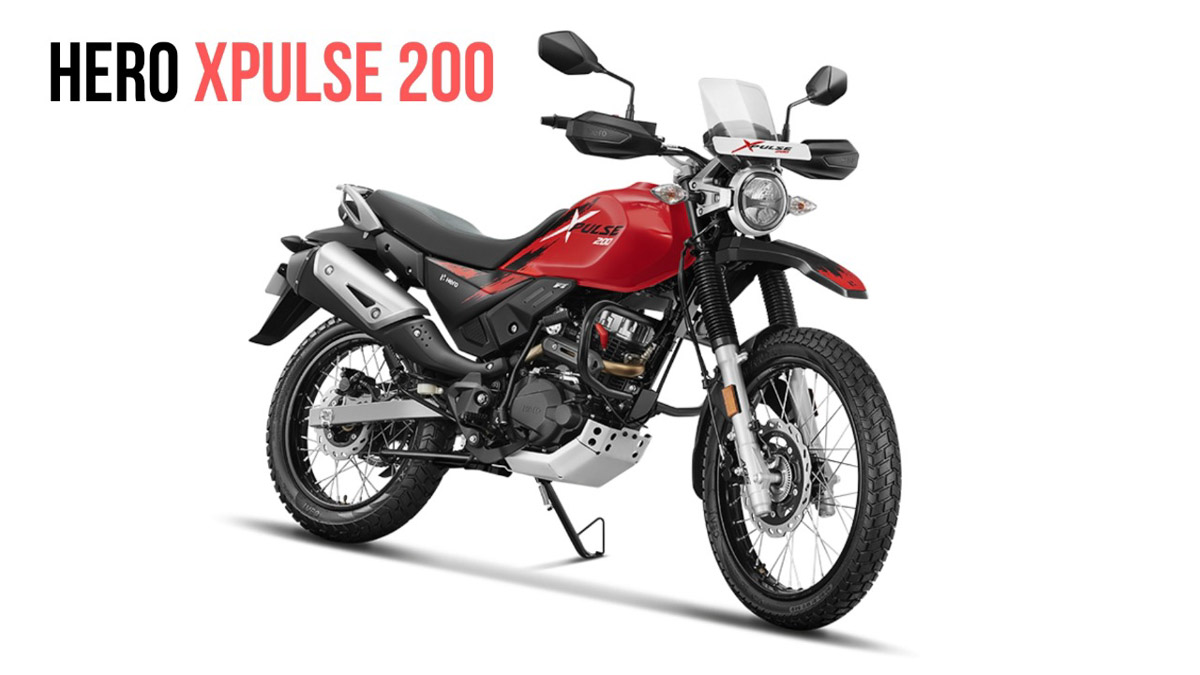 In the Indian market, the Honda CB200X is priced at Rs. 1.44 lakh, ex-showroom. The Hero Xpulse 200, on the other hand, retails for Rs. 1.21 lakh, ex-showroom. Yes! The Hero’s offering is the cheaper of the two and is also more capable in our understanding.