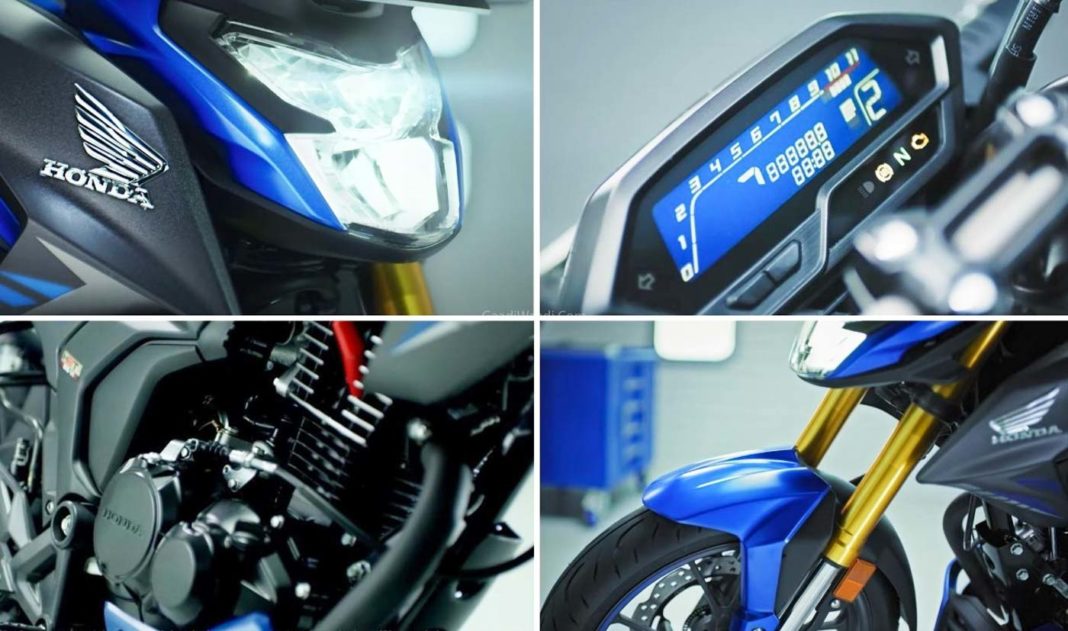 Honda Motorcycle and Scooter India revealed a couple of days ago that it will be launching a brand new product on August 27 through a press release and now the official 15-second teaser video has been posted online giving us the much needed details of the upcoming naked streetfighter motorcycle.

The brand discontinued the CB Hornet 160R ahead of the BSVI emission standards were put into effect and the xBlade received necessary compliance only a few weeks ago. With Hero MotoCorp strengthening its 200 cc motorcycle range courtesy of the Xtreme 200R and Xpluse series, Honda follows suite with a naked model of its own.

While the CB Hornet 160R may not be revived, it is worth noting that Hero’s recently launched Xtreme 160R is one of the highly promising motorcycle projects from the Indian manufacturer over the last several years. A while ago, Honda patented the CBF190R in India and the teaser suggests several similarities.

It also shows an all-digital LCD instrument console, HET wording on the side panels, LED headlamp unit, gold coloured telescopic front forks with reflector, disc brake, body coloured fender, handlebar setup for slightly relaxed riding position as well as touring, etc. It could help in Honda finding more young customer and the pricing would hold the key for success in this competitive and price sensitive space.

As for the powertrain, it is expected to use the bigger version of the 184 cc single-cylinder air-cooled engine found in the CBF190R. It develops a maximum power output of 16.86 PS and 16.3 Nm of peak torque. The power and torque figures are far lesser compared to its rivals and thus expect the engine to be uprated in the CB Hornet 200R.

If not, the Honda CB Hornet 200R could be positioned to compete against the Hero Xtreme 200R, which is yet to gain a BSVI update. We can expect it to be priced around Rs. 1.1 lakh (ex-showroom) with dual-channel ABS system as standard, LED tail lamp and blinkers.