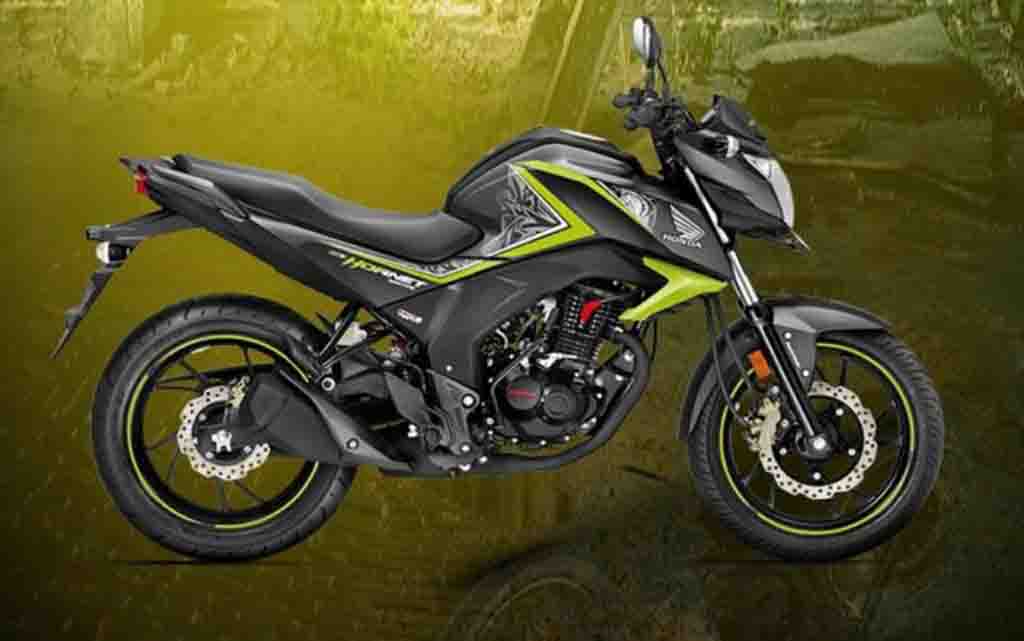 Honda Motorcycle & Scooter India Pvt Ltd (HMSI) unveiled the Special Edition of the popular sports bike CB Hornet 160R. The special edition of the motorcycle comes sporting new Striking Green and Mars Orange body graphics, which simply enhance the appeal of the model by giving it an even sportier look. The special model comes priced at Rs. 81,413 (ex showroom, Delhi) for the single disc variant, while the CBS variant gets a price tag of Rs. 85,912 (ex showroom, Delhi).

The special edition model of the Honda CB Hornet 160R comes donning cosmetic updates only. Apart from the new body graphics the all black paint looks very stylish, and the new colour theme has been introduced to the front fairing, fuel tank, under seat panel and the alloy wheels as well. The standard version of CB Hornet 160R gets brushed silver finishing under the seat panel, grab rails, side air scoops and exhaust muffler cover. While the special edition of the Honda CB Hornet 160R dons cosmetic updates, on the mechanical front it remains same like the regular model. Power comes from a 162.71 cc single cylinder engine which is also available in the Unicorn 160 cc. This engine is equipped with the Honda Eco Technology or HET and it is mated to a five speed transmission.