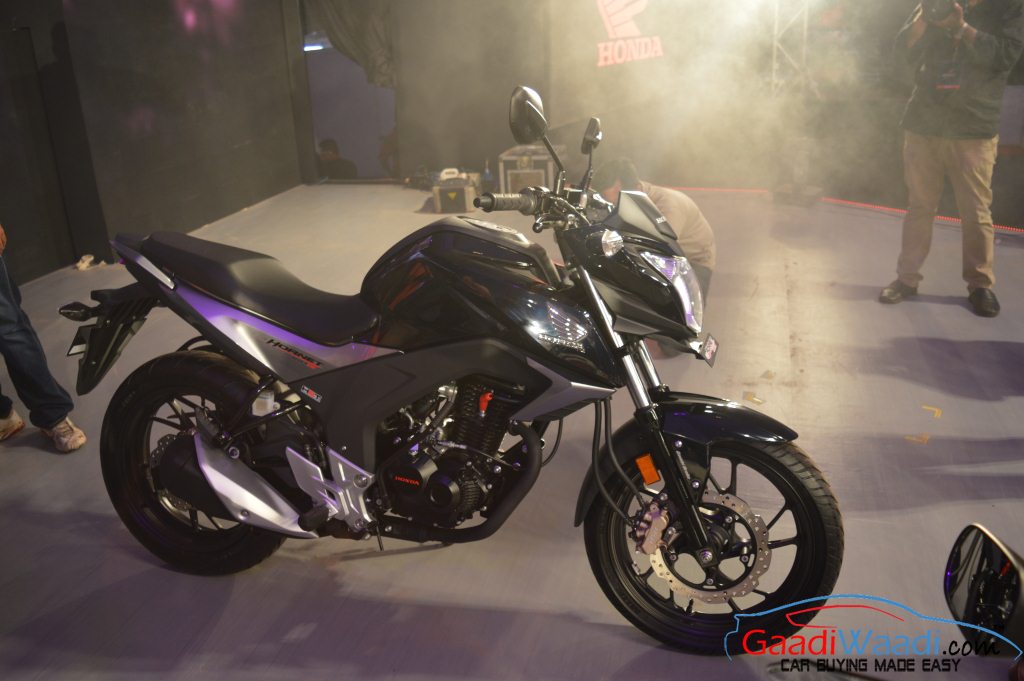 Post Honda CB Hornet 160R Launch, established competitors such as FZ16, Apache RTR160 and Gixxer to get some heat

Honda CB Hornet 160R is the name that got us all excited then moment we even heard, let alone when we saw it. The CB Hornet 160R was finally witnessed at the REVFEST and it had a some serious potential on paper to make things not so easy for the competition.

Despite the fact that the FZ is the king of the segment, the Gixxer being so immensely impressive even it caught up. Honda saw the opportunity and thought they could eat that piece of the cake too and hence the legendary Hornet name is back. Honda CB Hornet 160R is going to be a bike which is going set a benchmark for the company itself as whenever it launches a new product it has to be as sporty as the Hornet 160R. We’ve had our first impression and it has the best kit on board of any other motorcycle. Front and rear disc brakes, beefier suspension and tyres and has the peach 163cc engine that makes a lot of torque and power in its segment. What is left to be known about the bike is the price and how it rides on a modified chassis which has taken from the CB Unicorn 160, the donor bike. We expect it to be very good indeed and have its own unique qualities. Pricing should be around the around Rs. 85,000 mark. It will be then all set to fight the likes of the Yamaha FZ and Suzuki Gixxer and the Pulsar AS150 as well if the naked version doesn’t show up of the Pulsar before the fiscal year ends. Wait for a full ride report on this baby Hornet soon.