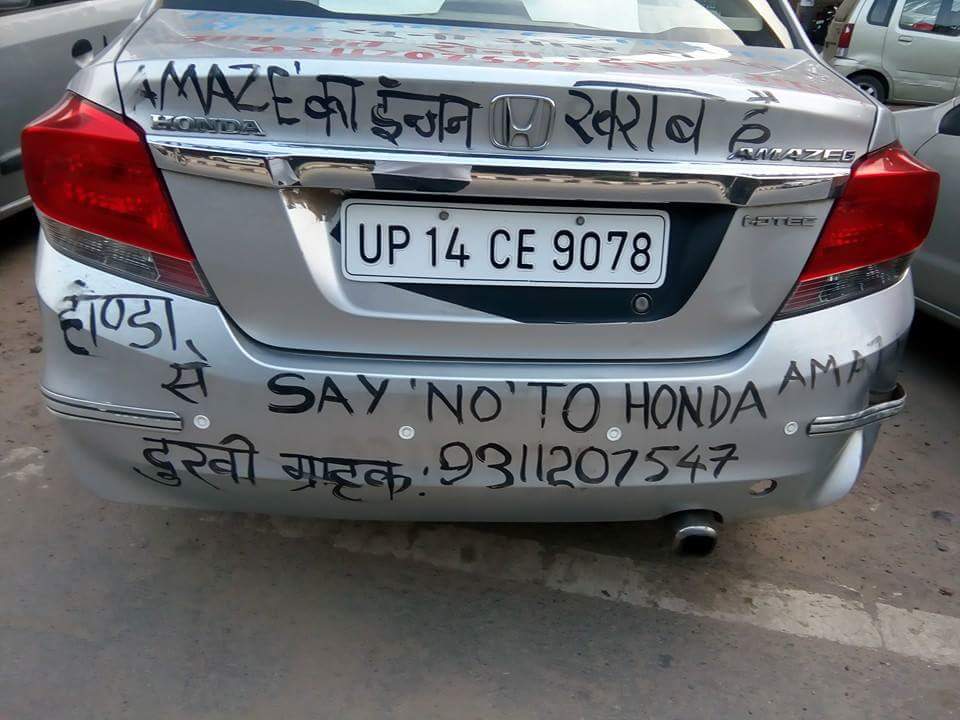 Honda Cars India offers the Amaze compact sedan with two years or 40,000 kilometres warranty. As the affected customer Mr.Sanjeev Gupta from Ghaziabad endured massive level of white smoke pouring out of the exhausts, he immediately took to the nearest Honda authorised workshop to fix the issue. Workshop analysed the diesel engine and decided not to provide warranty.

The diesel engine in the Honda Amaze clocked only 35,000 km and the affected customer was given another option instead. He was told to be given an estimated Rs. 1,50,000 as compensation which the customer went furious about. The main cause for the white smoke in the engine was claimed by Honda to be excessive running on wet condition. 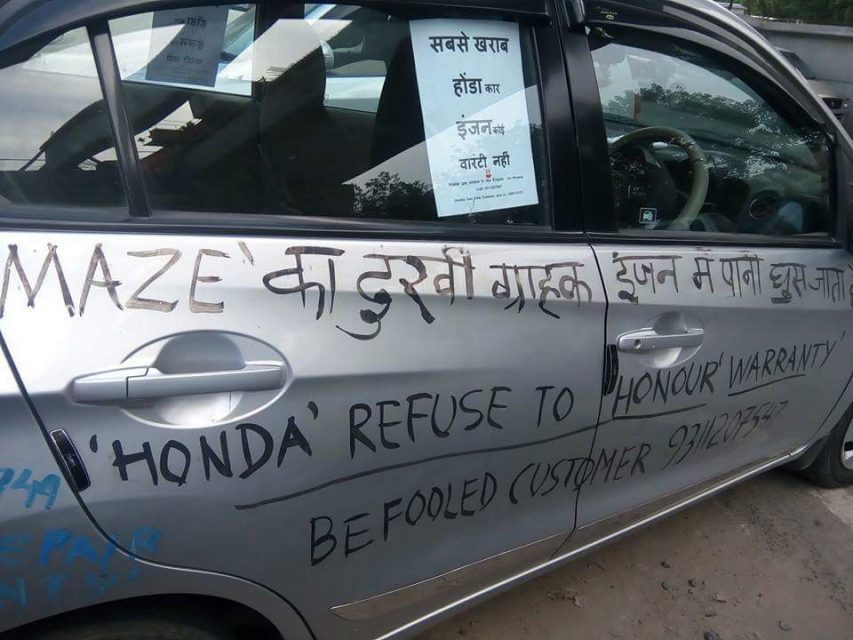 They stated to the owner that water would have entered into the engine components and thus affecting the effective functionality of it. When we contacted him, he said he was driving the car only in normal rainy conditions and nothing else specifically had happened of his own to create white smoke. 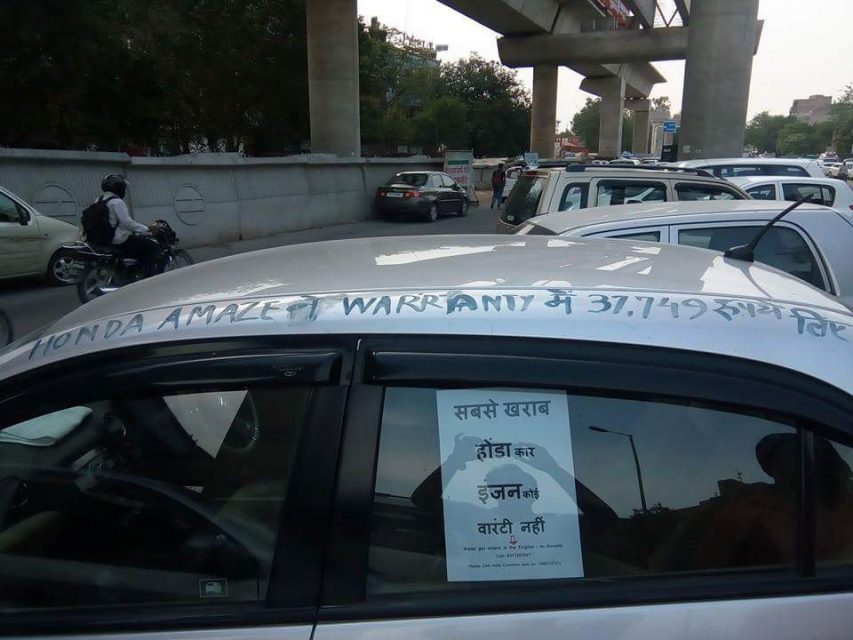 On the back of this issue, the Honda workshop had charged him Rs. 37,749 for the engine repair and even then he doesn’t have a clear solution to his problems. Now, he is advertising all the things on his hard earned money spent on the car, as per the customer, he daily receives around 100+ calls from the prospective buyers. He also written on the car that “After buying Amaze, I am weeping tears of blood” and worded out a strong statement “say no to Honda Amaze as it has miserable customer service”. 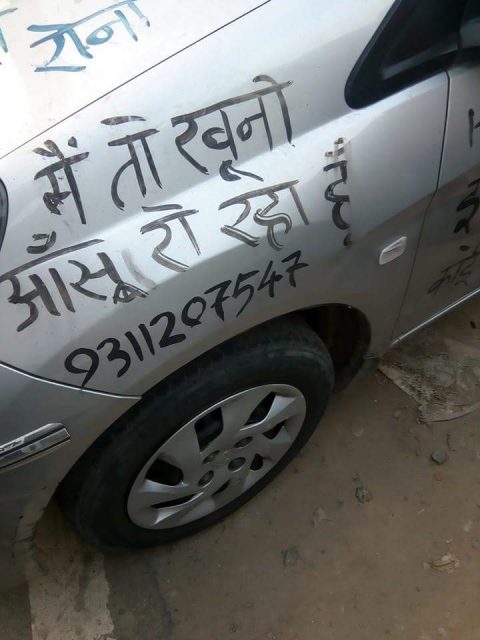 The white smoke is normally created when the diesel fuel flows through the engine and exits out of the exhaust with incomplete burning. There are several reasons to it, one of it being the engine too cold to burn the fuel which results in low compression in one cylinder or the niggles with the timing of fuel injection or fuel injector defection.