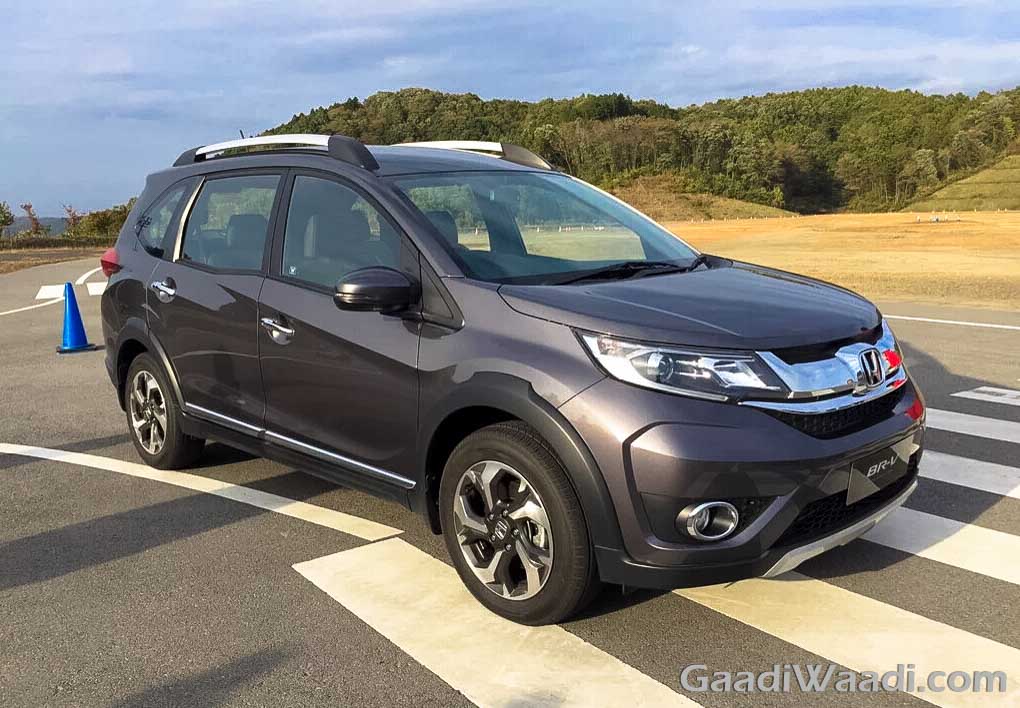 Honda BR-V rated five stars in ASEAN NCAP crash test; expected to be launched in India between April and May

The soon-to-be-launched Honda BR-V in India has achieved a highly appreciable full five star rating in the ASEAN NCAP (ASEAN New Car Assessment Program) crash tests. This was conducted by the JARI (Japan Automobile Research Institute) governing body as the BR-V SUV has been awarded with full marks in the side impact tests and frontal offset impact tests.

It secured a total of four stars after scoring 14.79 out of 16.00 in the Adult Occupant Protection (AOP) test and more crucially 72% in the Child Occupant Protection (COP) test. The tested vehicle which was rewarded with five stars was fitted with front occupants’ Seatbelt Reminder System (SBR), Electronic Stability Control (ESC).
While the lower level models without the aforementioned safety equipment scored a cumulative four stars. The other safety features on the BR-V include ABS (Anti-lock Braking system), dual front airbags, Hill Start Assist and Vehicle Stability Control. Sat on the extended Brio platform which is shared by the Mobilio and Amaze, the compact seven-seater Honda BR-V SUV made its world premiere at the 2015 GAIKINDO Indonesia International Auto Show last August before its unveil in India at the Delhi Auto Expo this February. Described as the ‘Active Sport Crossover’ by Honda, the Honda BR-V is slated to be available to buy within two months. Manufactured at the company’s facility at at Tapukara in Rajasthan, the BR-V will rival against Hyundai Creta, Renault Duster, Nissan Terrano and Maruti Suzuki S-Cross. It is likely to be priced between Rs. 8.3 lakh and Rs. 12.5 Lakh and will come powered by 1.5 litre petrol and diesel motors taken from the City and Mobilio.