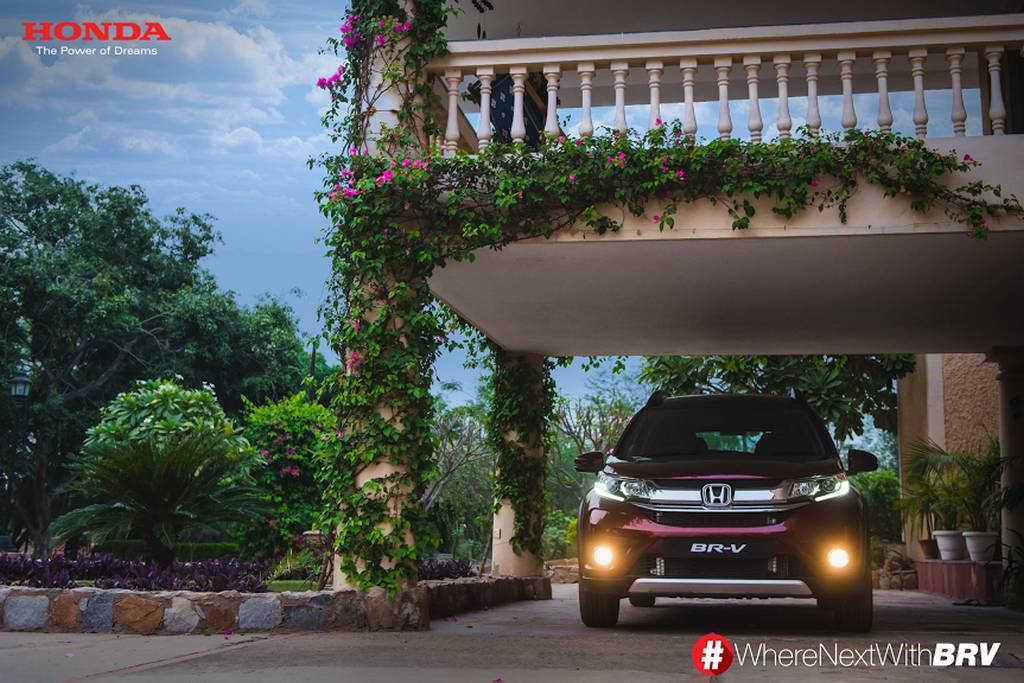 Honda Cars India Ltd. Has announced the commencing of a digital teaser campaign for the upcoming BR-V. Termed as #WhereNextWithBRV, the Japanese auto maker will display the SUV in various terrains and localities. It will be endorsed on the leading social media platforms of the official Honda handles in Facebook, Twitter and Instagram.

The campaign will kick-off with “Where do you want to go next with BR-V” as suggested by audience for the next 20 days in the social platforms and will travel through countryside dirt tracks, various terrains, curvy mountainous bends, etc as said by Honda. The journey will be broadcasted on Honda’s digital channels whilst enthusiasts can follow the action on the exclusive BR-V website as well. Based on the extended Brio platform shared with Mobilio MPV and Amaze compact sedan, the Honda BR-V compact SUV made its world debut at the 2015 GAIKINDO Indonesia International Auto Show last August. It was showcased in India at the recently concluded 2016 Delhi Auto Expo. Described as the ‘Active Sport Crossover’, the seven-seater Honda BR-V is more likely to be launched for the domestic market in mid-2016 and it will compete against the likes of Hyundai Creta, Renault Duster, Nissan Terrano and Mahindra XUV500. The 1.5-litre iVTEC petrol and a 1.5-litre iDTEC diesel engine are the likely engine options. The petrol motor is capable of churning out 118 bhp at 6,600 rpm and 145 Nm of peak torque at 4,600 rpm. It will be linked with either a new six-speed manual or CVT automatic gearbox.

The 1.5-litre i-DTEC diesel mill currently doing duties for the City and Mobilio is good enough to generate 99 bhp of maximum power and 200 Nm of peak torque. The Honda BR-V measures 4,456 mm in length, 1,735 mm in width, 1,666 mm in height and has a wheelbase of 2,660 mm with 201 mm ground clearance. It takes styling inspirations from the Honda’s new Active Solid Motion design language and will have bold crossover appearance.