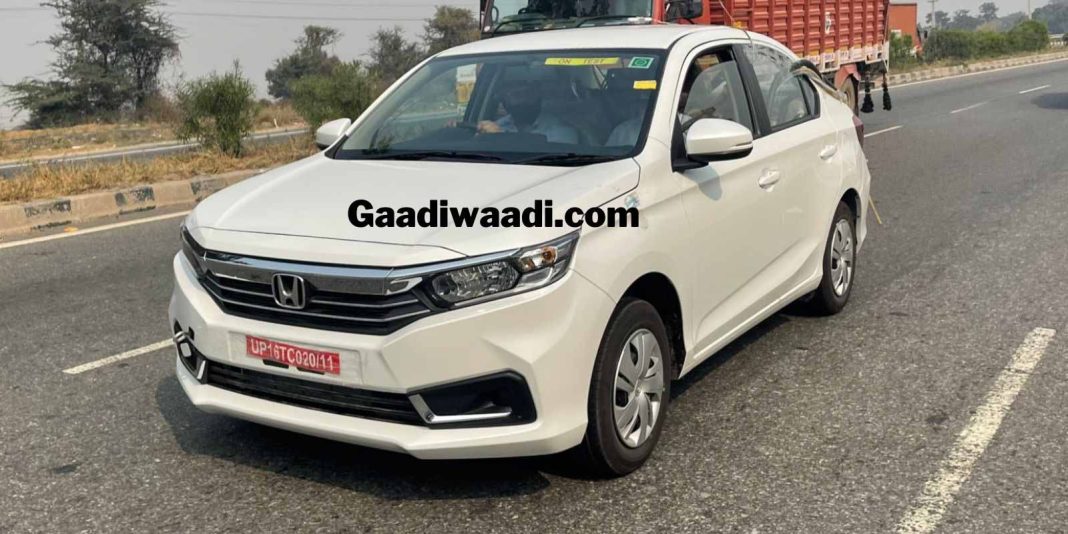 However, no big changes have been made to the mechanicals or the interior. The Japanese manufacturer could expand the Amaze’s range with the debut of a CNG variant and here we show you spy pictures of the upcoming sedan. The test mule does not wear any camouflage and it has been caught on camera carrying a testing apparatus and ‘ON TEST’ stickering can be seen on the front windshield and it may just be for simple emission testing as well.

Honda denied a CNG variant in the past so this could be a normal petrol variant on a regular emission test. At the rear, the Amaze lettering, i-VTEC and variant badge can be seen as well and we do expect Honda to introduce the CNG variant in a limited number of variants in the near future. With passenger car prices steadily growing, exacerbated by the rising fuel prices seemingly every day, new car buyers are looking at alternatives with affordability and good fuel economy in mind. 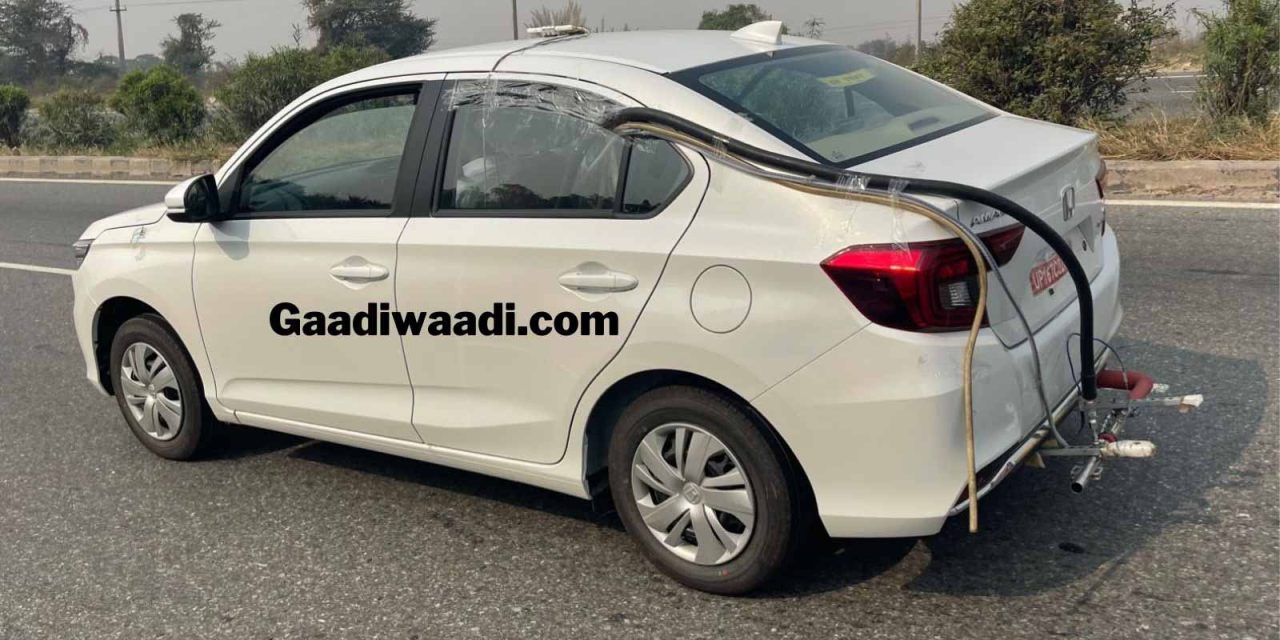 Thus, many car products are spied testing CNG variants to cater to their requirements in a budget-friendly price bracket. The five-seater competes against Maruti Suzuki Dzire, Hyundai Auran and Tata Tigor. Barring the Hyundai Aura, all the other competitors of the Honda Amaze do not sell CNG variants in India but they are expected to launch their respective CNG counterparts soon.

With no dimensional changes expected, the Honda Amaze CNG will have a length of 3,995 mm, a width of 1,695 mm and a height of 1,498 mm alongside a wheelbase length of 2,470 mm. It is retailed in E, S and VX trims, and the CNG variant could be offered in the entry-level grade. Currently, the Amaze is powered by a 1.2-litre i-VTEC petrol and a 1.5-litre i-DTEC diesel. 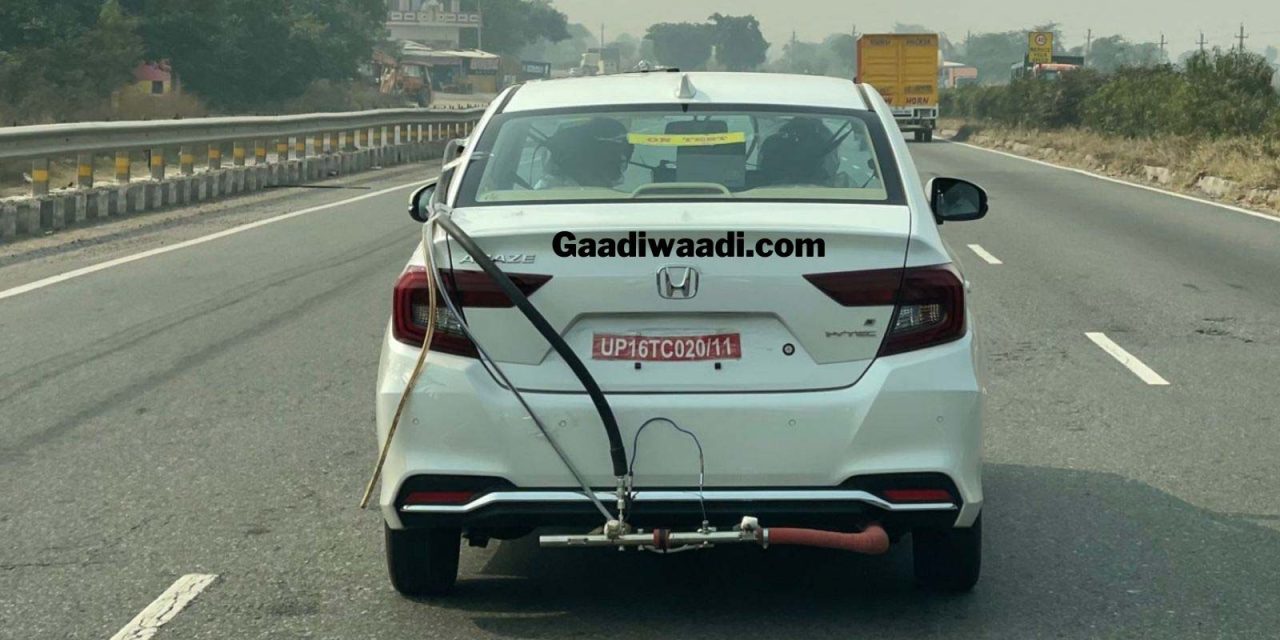 The former develops 89 bhp and 110 Nm while the latter kicks out 99 bhp and 200 Nm. The gasoline mill may produce slightly lesser power and torque in its possible CNG specification in the near future and it could be mated to only a five-speed manual transmission.