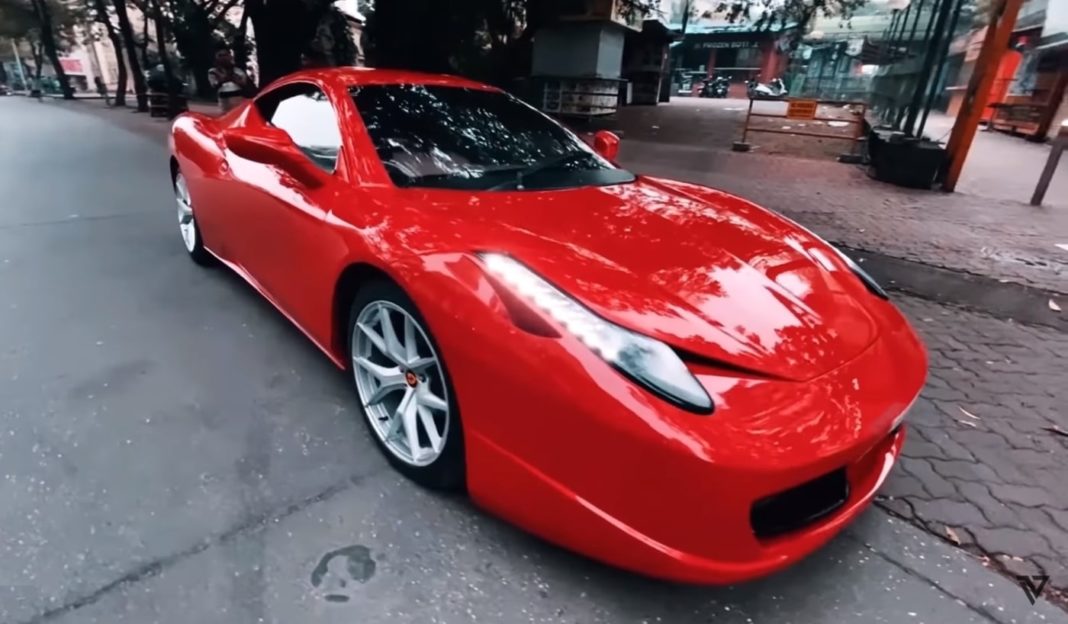 Mumbai-based EMT has built a Ferrari 458 Italia lookalike, which is actually a 2007 Honda Accord underneath

Owning a supercar is the dream of almost every automobile enthusiast in India, yet only a few can actually accomplish it. The sky-high price tags on such vehicles, combined with exorbitant taxes, make it extremely difficult for an average Indian to buy one. However, for a fraction of the price, people can build a replica of their favourite supercar instead!

Along those lines, we have here a custom Ferrari 458 Italia replica, built by Mumbai-based Executive Modcar Trendz (EMT). This particular model uses an old Honda Accord as the base car, and features extensive modifications to the design. The vehicle gets the same headlamp design as the real Ferrari 458, along with a similar front bumper, bonnet, and windscreen. It also sports a two-door design, with frameless doors, just like the original.

The rear section features the same taillamp design as the 458 Italia, and the rear bumper gets faux diffuser treatment. It even gets a three-tip exhaust protruding from the centre of the rear bumper. The aftermarket alloy wheels look extremely pretty, and we also see red brake callipers for the discs. At a cursory glance, this could pass off as the real thing!

The interior has also been thoroughly redesigned, with the cabin now only featuring two seats. There’s generous use of tan leather throughout, including the dashboard, door panels, and seat upholstery. The steering wheel is leather-wrapped as well, and sports a four-spoke design. The rear passenger cabin has been partitioned and can be used as a boot.

This particular model is a 2007 Honda Accord V6, with a 3.5-litre, naturally aspirated, six-cylinder engine. In stock condition, this motor used to generate 275 PS of peak power and 335 Nm of maximum torque back in the day, and came mated to a 5-speed automatic gearbox. 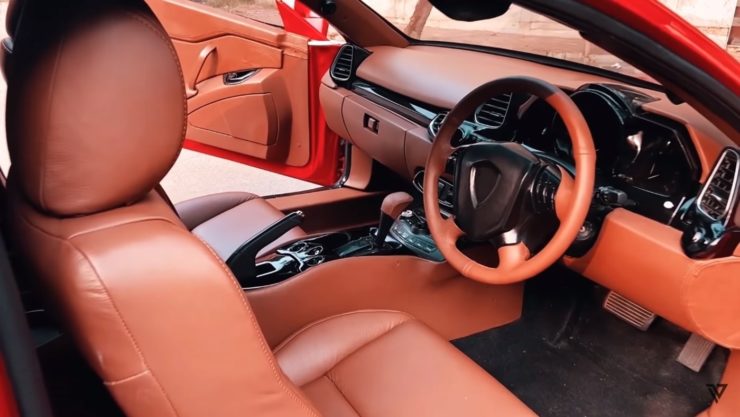 On this custom-built vehicle, the engine continues to be mounted at the front, unlike on Ferrari 458 Italia. Changing the drivetrain layout is a tedious and expansive task, which would’ve required a lot of re-engineering. The price of this modification is reported to be around Rs. 8 lakh, and it takes 4 to 5 months for it to complete. Sadly, such modifications have been outlawed by the government of India.