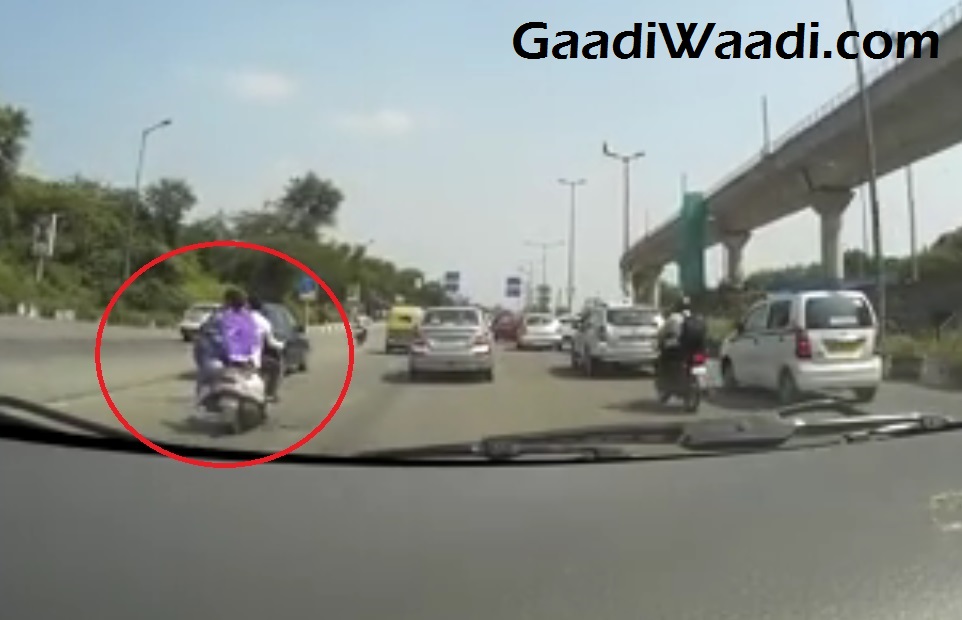 Hit and Run Case Recorded on Car Dash Cam in New Delhi, Driver Hits An Elderly Couple On A Scooter

We witness a lot of accidents on the streets of our country. Some are caused by our negligence while some others are caused by other’s negligence. This time around, it is a very shocking case where a car, Maruti Suzuki Ritz see’s a rash driver coming below the flyover from the left at a high speed and brushes an elderly couple on the scooter which just turned into the left lane. This incident happened around Date of 29-August-2015 (Saturday) Around 2:00 – 2:30 PM.

Car registration number has also been noted down and it is DL 6CN 1740. The car as we can see was being rashly driven as evident in the video recording. 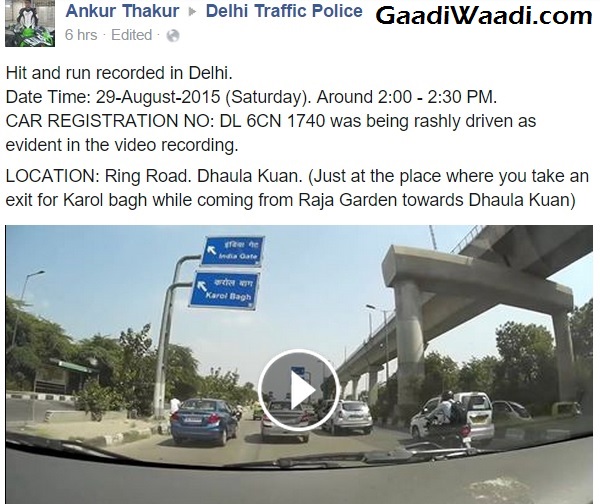 After it brushes the couple on the scooter, we think it could have hit one more bike which was right in front of it. Something that is available on the footage, but it’s safe to guess. However, we hope that did not happen. 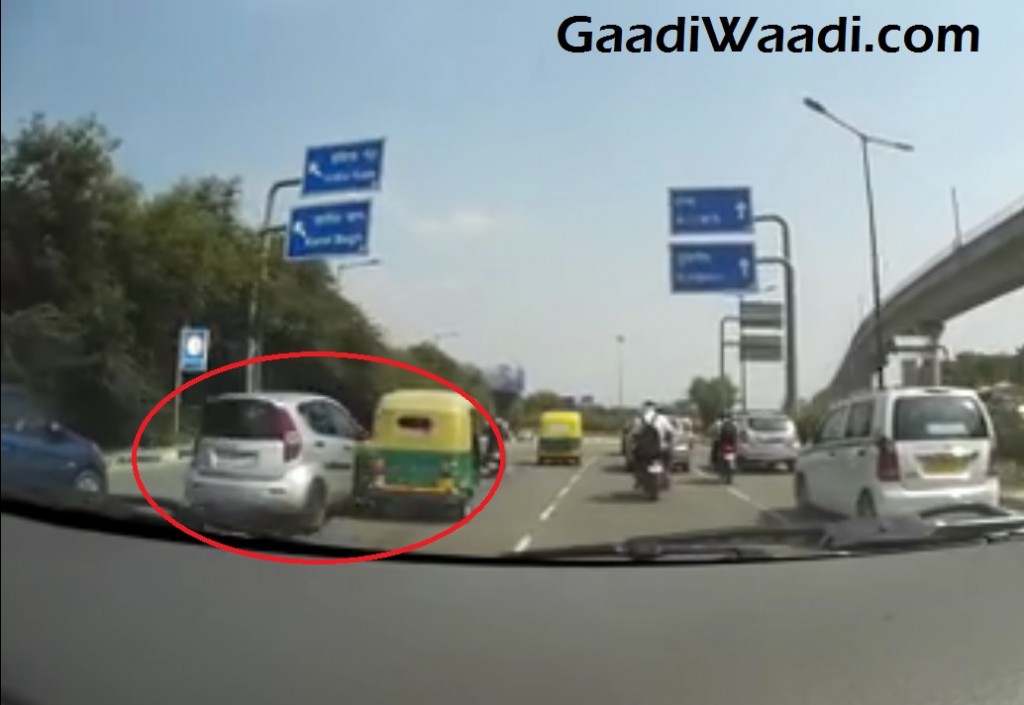 The location in Delhi was Ring Road, Dhaula Kuan, right where you take an exit for Karol bagh while coming from Raja Garden towards Dhaula Kuan. We can see that the couple of the scooter were swayed all the from left to right lane after losing control and the lady pillion was the first to fall down in such speed. We hope the driver is caught and should pay for the crime he has committed. Sheer negligence, rash driving, not obeying lane discipline and over speeding are the crimes committed in seconds all together.

We urge all of you to practice safe driving and riding and always wear your seat belts and helmet, riding gear before heading out on one of the dangerous roads in the world.