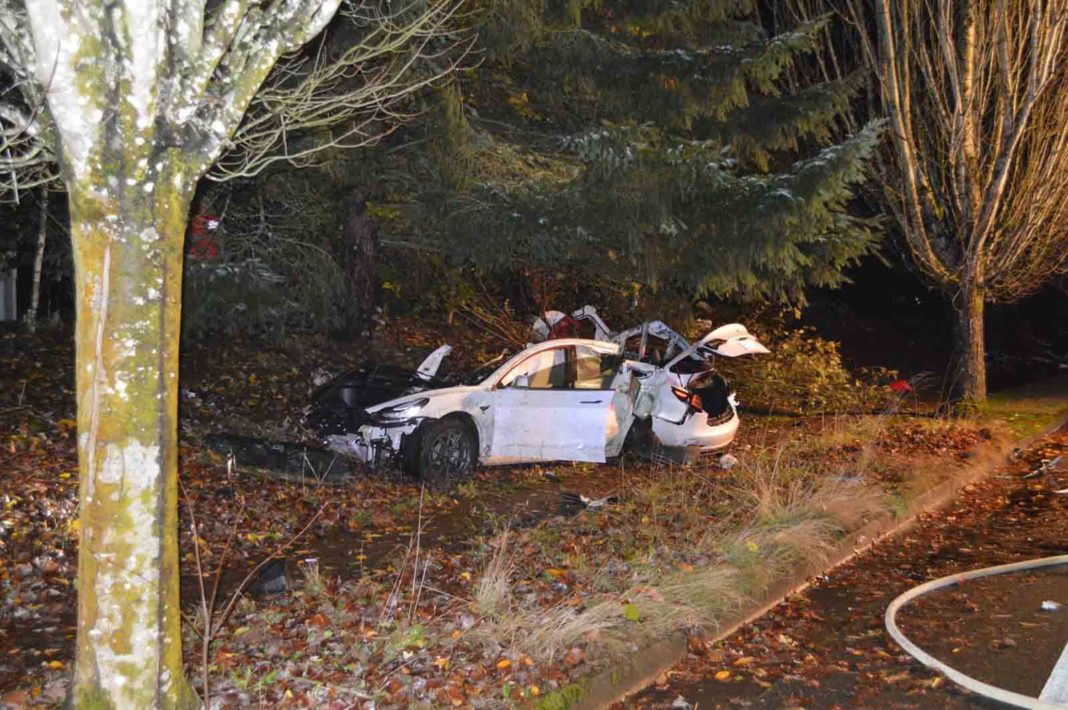 In a bizarre incident, a Tesla Model 3 was caught up in a brutal high-speed crash in Corvallis, Oregon, United States. However, what’s shocking is that the battery cells from the car’s battery pack flew into the air, broke the windows of a nearby house, and ended up starting a fire.

The driver of this Tesla Model 3 was under the influence at the time of this incident. He lost control of the EV, went off the road, smashed through two trees and sheared through a power pole. As can be seen in the images of the crashed car, the Model 3 has been literally ripped in half after the crash.

Thankfully, the car’s driver escaped the accident without any serious injuries. Cops believe that the car was doing around 100 mph (160 km/h) at the time of the accident. The photos that have been shared online by the City of Corvallis Police Department show that car parts, including individual battery cells, were scattered across the street. 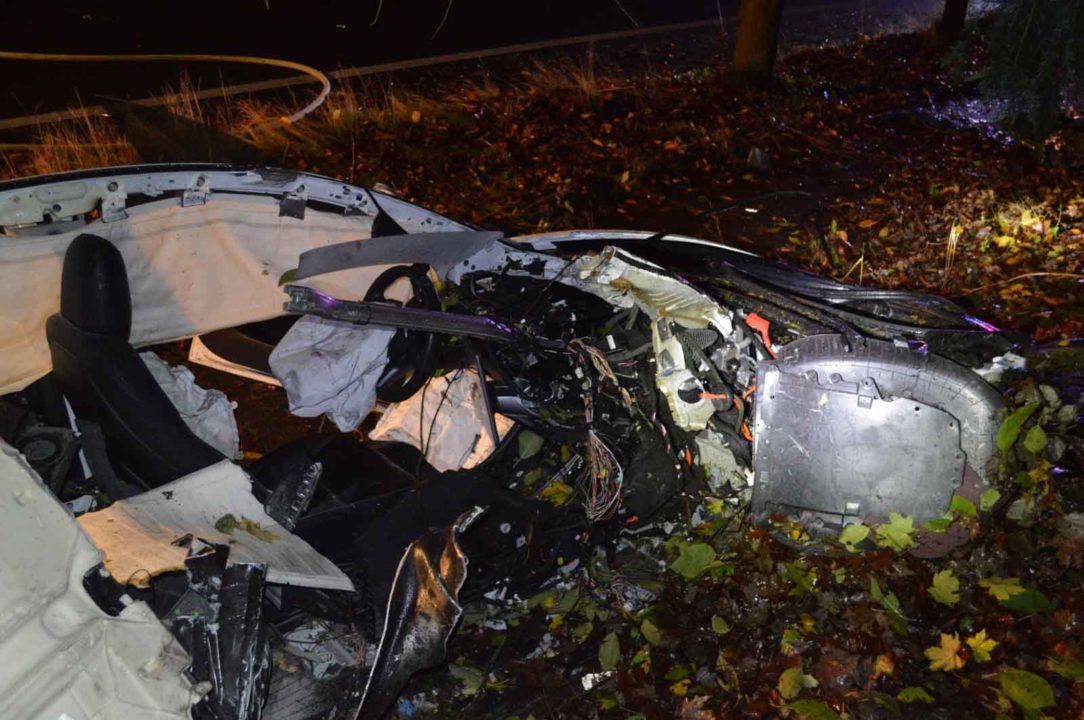 The Tesla Model 3’s battery pack consists of thousands of cylindrical battery cells, and the crash was so horrific, that it broke open the battery pack, throwing the individual cells around the crash site. Two battery cells even broke the windows of two nearby houses, out of which one ended up on a bed and ignited a fire. The other one actually landed on a local resident’s lap!

One tyre of the car flew so high into the air that it struck the second story siding of a nearby apartment complex and cracked the water pipes within the wall, which ended up wrecking an apartment’s bathroom and flooding a part of the house. 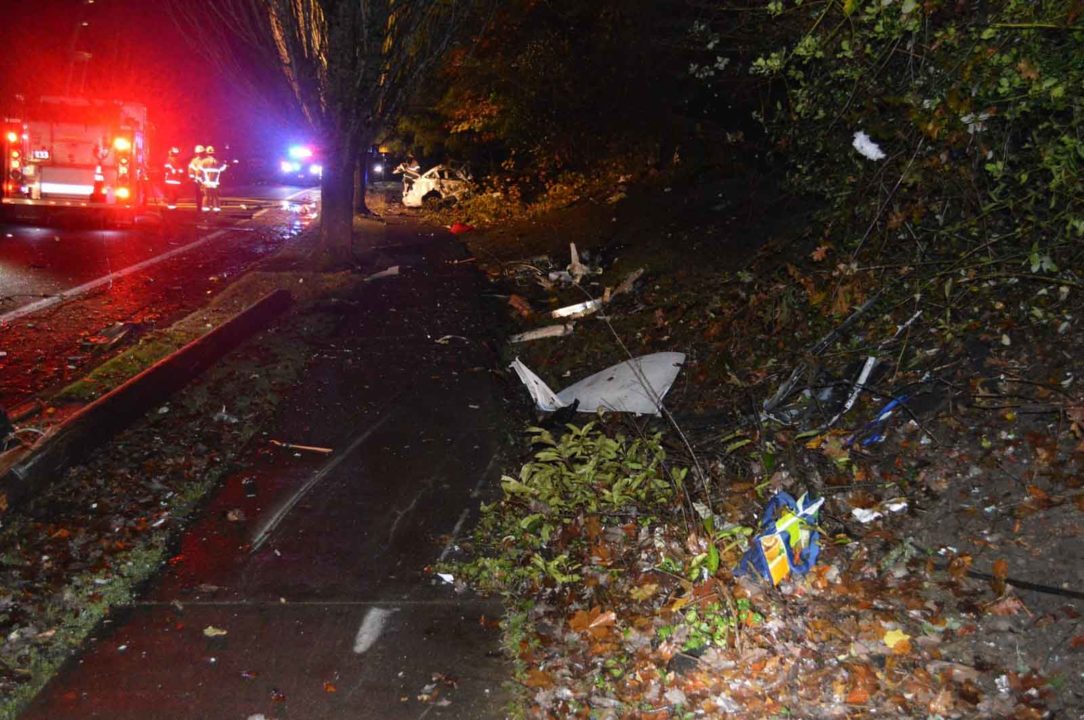 The City of Corvallis Police Department also said that it tried to collect as many individual battery cells from the spot as possible, but has warned local residents to be keep an eye out for any that may have been left. The police department alerted the residents that these battery cells can stay hot for up to 24 hours and can release toxic fumes and substances.