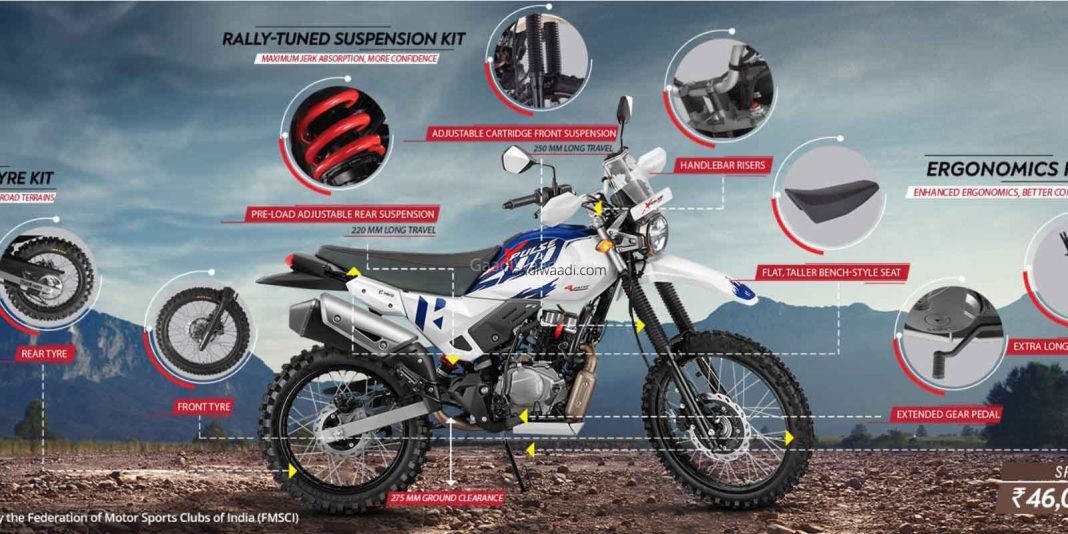 Hero MotoCorp has announced the launch of the Rally Kit for the Xpulse 200 4V in the domestic market and is priced at Rs. 46,000 (introductory). The road-legal kit further enhances the off-roading capabilities of the dual-purpose adventure tourer. The deliveries will commence a while later and it costs in addition to the Rs. 1.36 lakh (ex-showroom) price tag of the stock model.

There are a number of updates that have been carried over from the Rally Kit featured in the Xpulse 200 2V. Noticeably, the front suspension is preload adjustable with a cartridge-styled fork enabling a massive travel of 250 mm. The rear monoshock is also adjustable for preload and it has a suspension travel of 220 mm.

The ground clearance is at a whopping 275 mm in the Hero Xpulse 200 4V Rally Kit and a taller stand has also been provided as part of the kit. For improved off-the-tarmac abilities, the homegrown two-wheeler manufacturer has added a flat seat and the gear lever comes with an extended pedal. It runs on a set of block pattern Maxxis tyres for improved traction on loose surfaces. 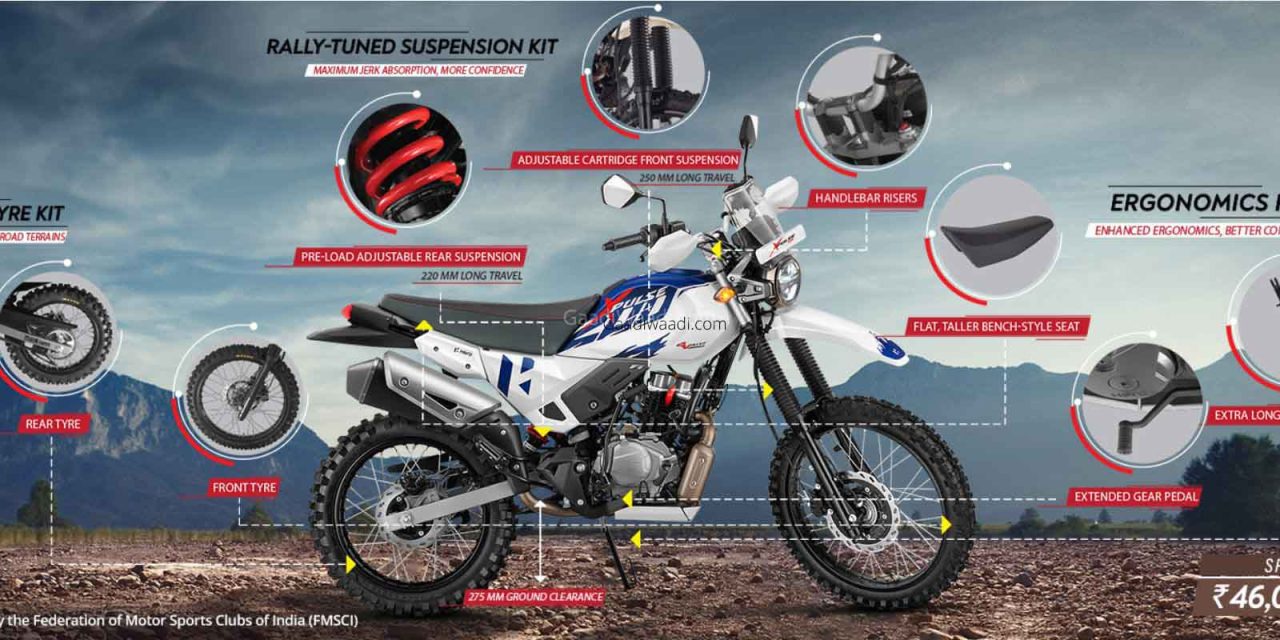 With no performance and mechanical changes, the adv continues to use the 199.6 cc single-cylinder air- and oil-cooled which develops a maximum power output of 18.8 bhp at 8,500 rpm and 17.35 Nm of peak torque delivered at 6,500 rpm. The powertrain is linked with a five-speed transmission. The braking duties are handled by a 276 mm front disc and a 220 mm rear disc with a single-channel ABS system.

The Hero Xpulse 200 4V has a fuel tank capacity of 13 litres and it rides on 90/90 21-inch front and 120/80 18-inch rear wheels with spoked rims. Hero will offer the suspension, ergo and tyre kits as well but their individual pricing is yet to be divulged. 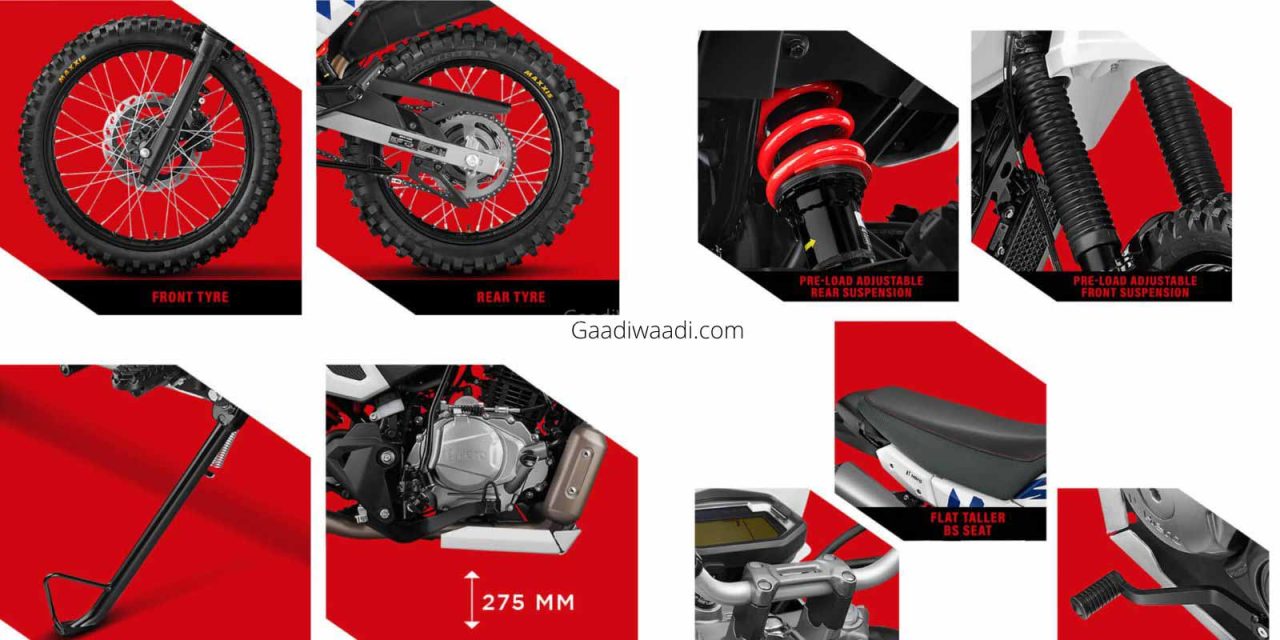 The Xpulse 200 is the entry-level adventure touring machine in India and since the segment has seen increased takers in recent times and with no direct rivals seemingly in the vicinity, its sales numbers are on a good level. It will be interesting to see which mainstream motorcycle maker steps in to have a go at the segment in the near future.