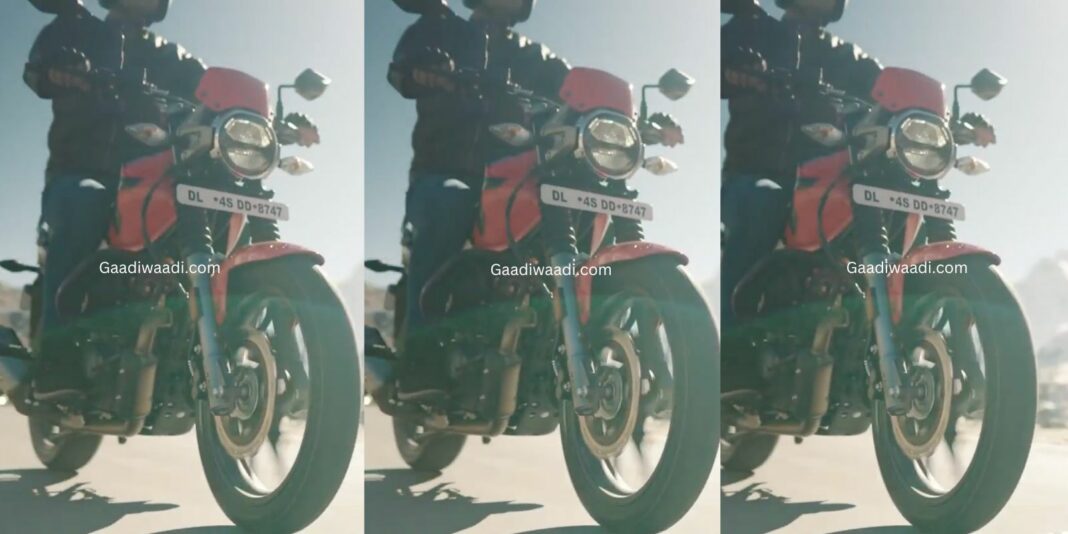 Hero Xpulse 200T 4V will get minor visual revisions while the performance will be derived from the same 199.6 cc 4V engine from the Xpulse adv

Hero MotoCorp has released another teaser of the Xpulse 200T 4V ahead of its imminent launch in the domestic market. While the official launch details have not been announced, we do expect the new motorcycle to arrive before the end of this month. The latest teaser shows the front portion of the motorcycle with all the visual revisions that have gone through.

While the motorcycle remains a lot similar to the outgoing model, there are some updates made. The telescopic front forks get gaiters this time around while the headlamps are re-positioned giving a more purposeful look. The belly pan has also been redesigned and Hero has given a new windscreen finished in body colour. We can also expect new colour schemes to be offered.

In a similar fashion to its adv sibling, the upcoming Hero Xpulse 200T 4V will derive power from a 199.6 cc single-cylinder air- and oil-cooled four-valve engine. The powertrain is good enough to generate a maximum power output of 18.8 bhp at 8,500 rpm and 17.35 Nm of peak torque delivered at 6,500 rpm. It is linked with a five-speed transmission.

The neo-retro roadster will take on Yamaha FZ-X primarily and it will be positioned below the Royal Enfield Hunter 350 and TVS Ronin 225. As for the suspension, a seven-step adjustable monoshock rear suspension will continue and the brakes duties will be performed by a 276 mm front disc and a 220 mm rear disc with a single-channel ABS system.

The prices of the Hero Xpulse 200T 4V will likely start from Rs. 1.29 lakh (ex-showroom). The features list will comprise an all-digital instrument console with Bluetooth connectivity and navigation, an upswept exhaust unit, an LED headlamp, etc. It is worth noting that the largest two-wheeler manufacturer in the world recently discontinued the Xpulse 200 2V in India.

Reports suggested that the Hero-Harley partnership had showcased a couple of motorcycles to select individuals and dealer partners recently. We might expect the alliance at least one motorcycle in the 2023 calendar year.