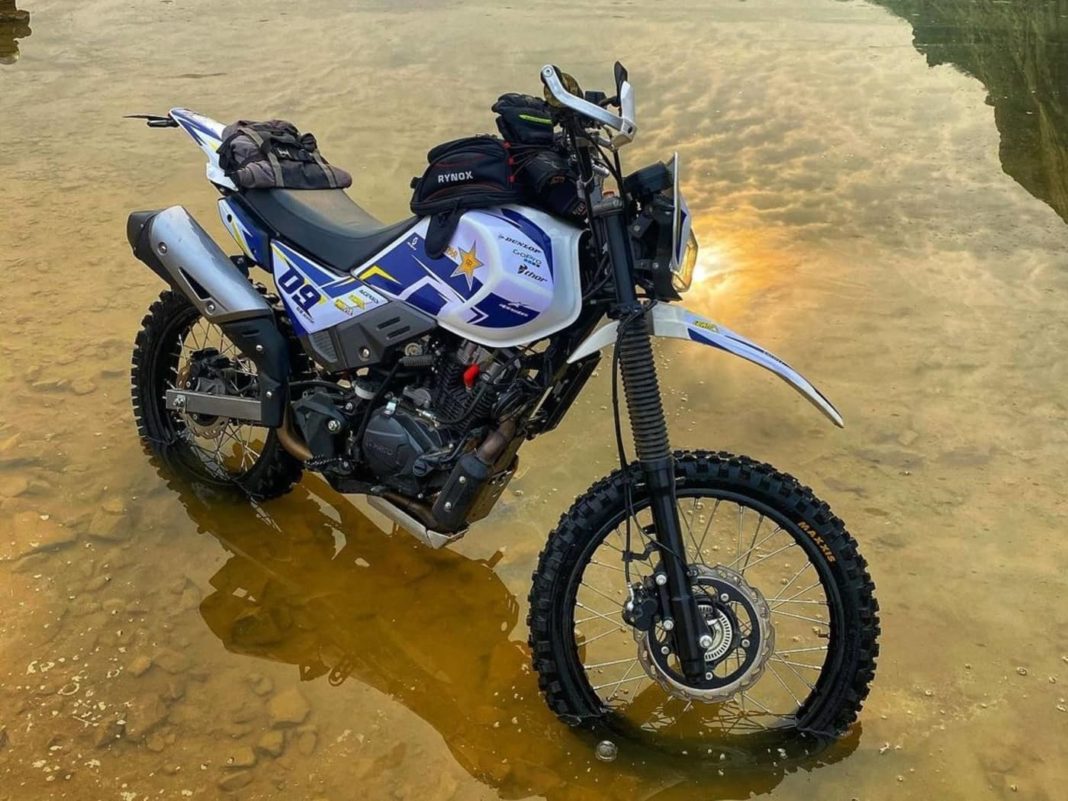 Take a look at this extensively modified Hero Xpulse 200, which has been transformed into an enduro-style motorcycle

The adventure motorcycle segment is slowly gaining popularity in India. There are already a few options available in our market, and a few new ones are also in the pipeline. Hero Xpulse 200 is currently the most affordable adventure motorcycle in India, and it is fairly popular among young enthusiasts. Recently, we came across a modified Xpulse 200, which looks like an enduro motorcycle.

This particular model, owned by Tushar Doultani, features plenty of changes over the stock bike. The headlamp is a square-shaped aftermarket unit, with a minimalistic off-road-style cowl. The bike also has a new handlebar, which is taller and gets a brace. Proper knuckle guards have also been added to the bike, which offers protection to the rider’s wrist.

The rear-view mirrors have been removed, and a phone mount has been added. At the rear, we see a sleek extended tail, with a tiny taillight and an upwards-facing number plate. The motorcycle sports blue and yellow livery on a white body, which feels much like a proper enduro race bike. Overall, we are quite impressed by the design of this customised Hero Xpulse 200. 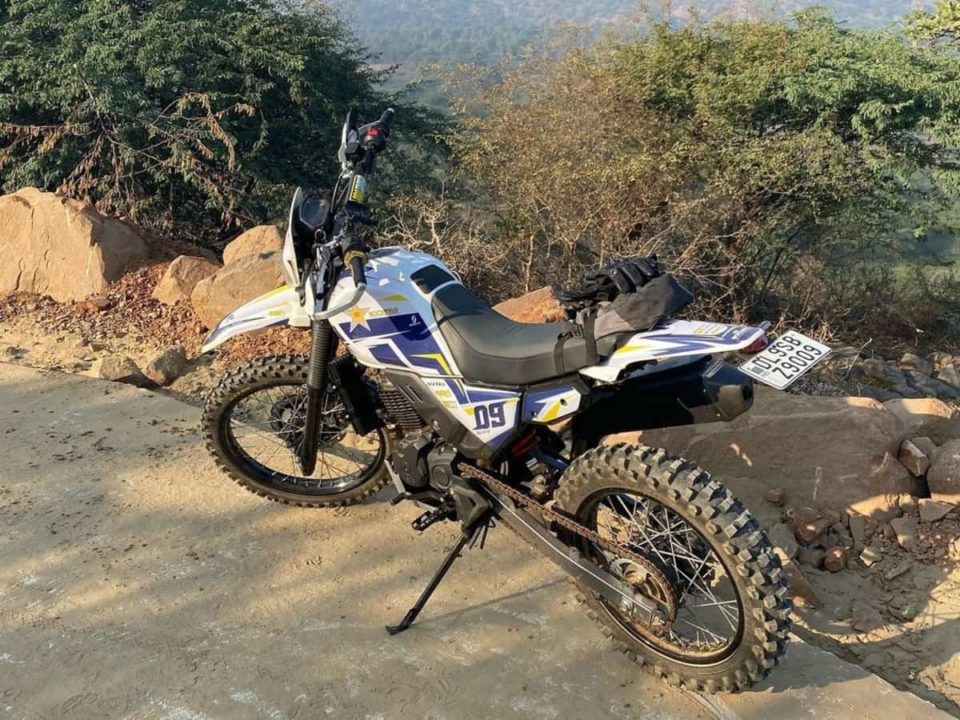 The front wheel is a massive 12-inch unit, while the rear wheel is an 18-inch unit, both wire-spoked. The braking system consists of a 276mm disc at the front and a 220mm disc at the rear, along with the safety net of single-channel ABS. 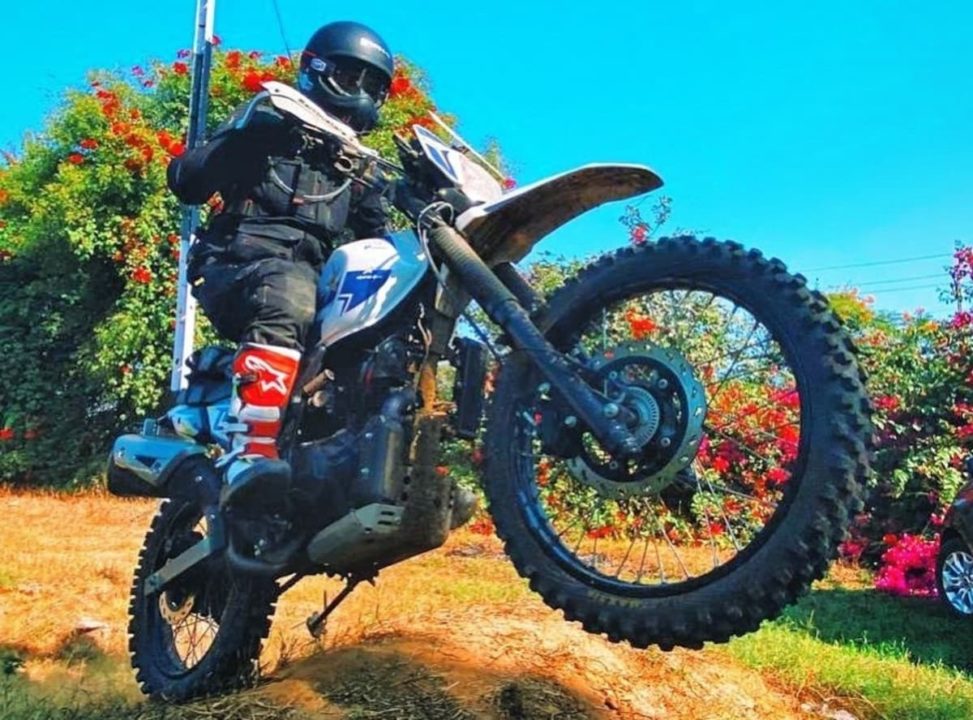 Hero Xpulse 200 is powered by a 199.6cc, air/oil-cooled, single-cylinder engine, which generates 18.08 PS and 16.45 Nm of peak power and torque, respectively. It is paired with a 5-speed sequential gearbox. The motorcycle is priced at Rs. 1.15 lakh (ex-showroom, New Delhi), and its biggest competitor in the Indian market is Royal Enfield Himalayan, and to some extent, it rivals the likes of KTM Adventure 250 and BMW G310 GS as well.