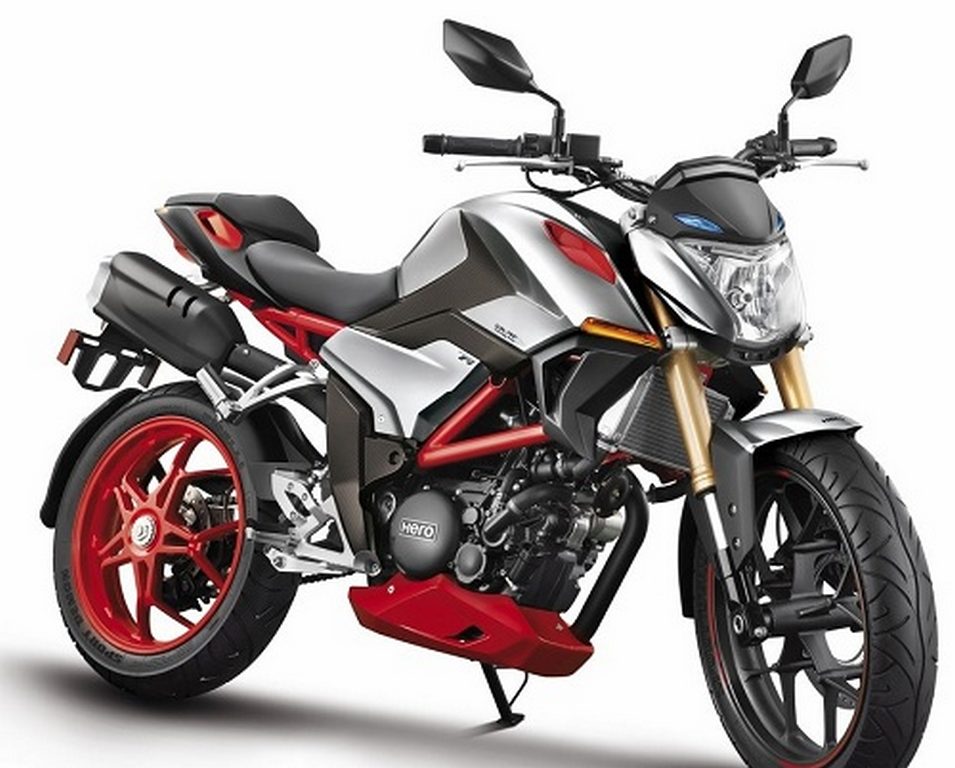 Production-spec Hero XF3R will take on Bajaj Dominar 400, KTM Duke 390 and upcoming BMW G310R; likely to be equipped with an all-new 300 cc engine

Hero MotoCorp is undoubtedly the perfect commuter segment player in the Indian motorcycle market with reliable products giving good mileage and they do not hurt pocket during service intervals alongside boasting good re-sale value. The company has a range of affordable commuter motorcycles in its portfolio but it is now focusing on premium segments with bigger and better engines. One of the initial and very important models under the brand’s new strategy is going to be the XF3R naked streetfighter.

Apart from that, the company will unveil the road-going Xtreme 200S before its expected launch at the 2018 Auto Expo next month. Therefore, it is clear that, Hero MotoCorp is focusing to grab a strong share in the highly competitive 200 cc – 300 cc segment. The Hero XF3R concept bike was displayed at the 2016 New Delhi Auto Expo and it grabbed everyone’s attention at the biennial event. The bike has already been patented in India as we revealed had revealed in January 2017 and it is reported to enter production later this year.

After showing the Xtreme 200 S as almost production-ready motorcycle, Hero introduced the XF3R concept as a promising streetfighter at the last edition of the motoring exhibition. As the name suggested, the motorcycle was expected to be a 300cc engine equipped and had a DNA of sportiness and outright performance.

Mechanically we saw upside down forks, Pirelli sport demon tyres and discs on both ends with fat tyres on the wheels. Monoshock was also seen here for the first time after the Impulse and HX250R concept. However, the major attraction on the bike was the lack of twin-sided typical swingarm and has a single sided unit instead. 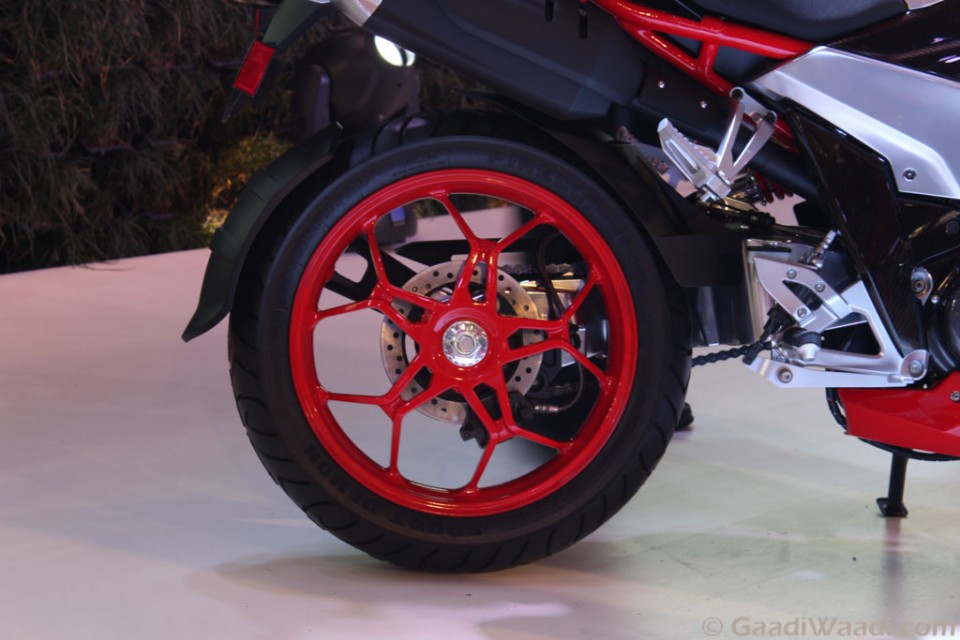 The motorcycle had a proper street fighter inspired handlebar which was another great addition. Overall, it looked like the right evolution from the Xtreme series but it will guide the design direction the future premium models will adorn on. Built on geodesic tubular high strength steel chassis, Hero said the engine was a liquid-cooled four-stroke DOHC four-valve unit at the motoring show and came mated with a six-speed gearbox.

This means a new family of performance-based engine is currently under development and it could displace around 300 cc and make a niche segment on its own with aggressive pricing – similar to what Bajaj did with Dominar. Before the sporty and bold looking 300 cc bike enters Indian market, let us take a deep look at the details about the upcoming Hero XF3R:

The bike is expected to arrive in the market sometime during later parts of this year. It could debut at the upcoming New Delhi Auto Expo.

Hero is likely to attempt and keep the XF3R’s pricing competitive against its rivals. While the details are yet to be out, it could come priced close to Rs. 2 lakh (ex-showroom, New Delhi). If priced right, it could throw tough challenge to the KTM Duke 390, upcoming BMW G310R and faired TVS Apache RR 310. 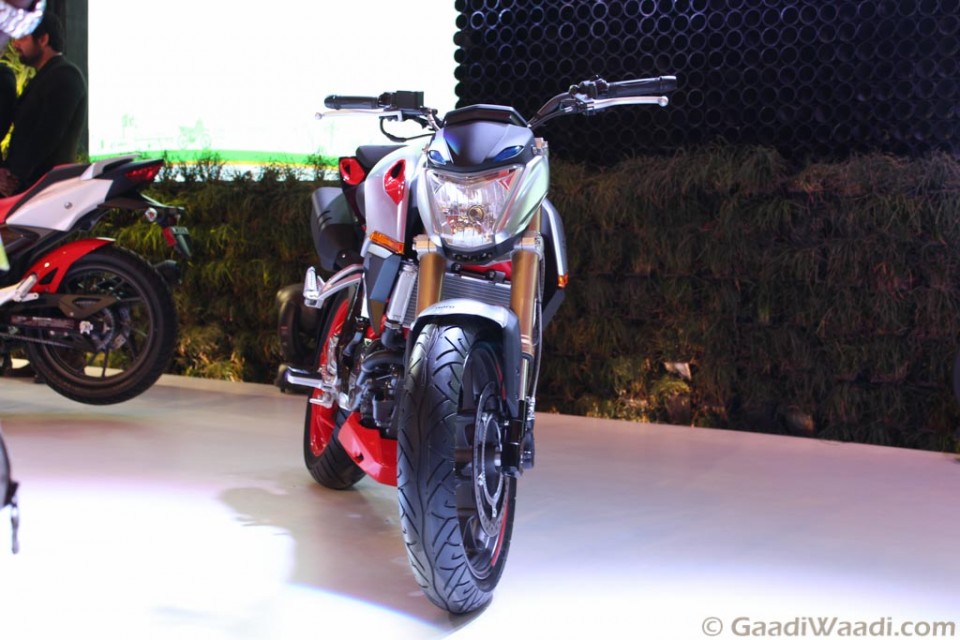 In terms of design, the Hero XF3R is expected to carry several styling cues from the concept model displayed at the 2016 New Delhi Auto Expo. In that case, the production model will come aggressive and sporty looking. The bike would get a sharp design complemented by a sculpted looking front cowl. The handlebar will come shorter offering firm grip to the rider and giving better control over the machine. There would be a full digital instrument cluster with LCD display enhancing the premium-ness of the XF3R.

The fuel tank is likely to get a muscular and sculpted look and the tank shrouds will come with incorporated turn indicators and air intakes giving the bike a very appealing look. It will sport split seat layout with the pillion seat stepped up and a narrow tail section would be there featuring LED taillight with integrated turn indicators. The bike would get a twin-port exhaust system positioned under the pillion seat delivering a very sporty stance. Also, it is expected to don an exciting colour theme with bold graphics. 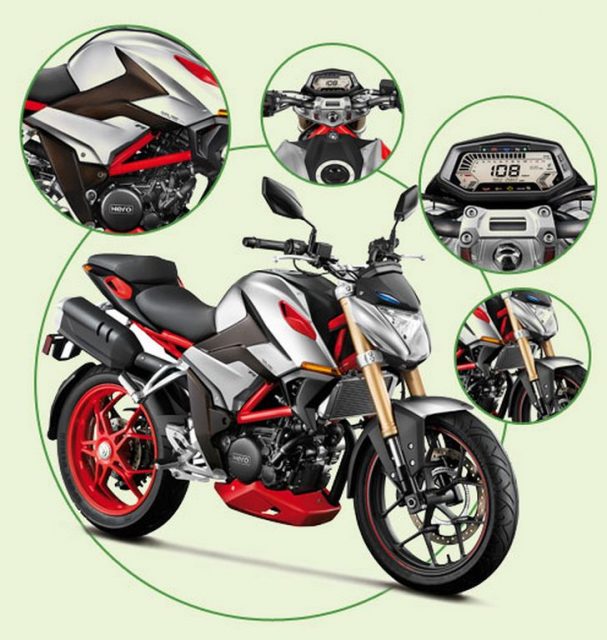 It was not a standard bike by any means as the upward mounted exhaust looked really good and the rest of the bike was quite edgy and along with that it had muscle at the same time. The front end clearly made us realise that it had a Suzuki influence yet again like the Karizmas of the past.

The side panel was very minimalist and the minutely exposed sub frame in red color looked great. Cosmetically, the motorcycle had the typical Hero traits though. The sporty bike’s rear wheel was painted in red while the front gave a black theme. Silver color body panels and again use of red for chassis are very familiar to Hero fans and customers.

Hero is yet to reveal details about the specification of the XF3R naked streetfighter. But, it is expected to be powered by a 300 cc single-cylinder, liquid-cooled, four-stroke DOHC engine that could generate around 30 bhp of peak power. Transmission duty would be done by a 6-speed gearbox. Being a performance oriented model, the upcoming naked streetfighter is expected to kick out generous amount of power and torque output.

The bike will surely incorporate two efficient disc brakes at both front and rear. Hero could take the game one step further with an ABS, but in that case, it would be optional. Suspension is also likely to be of top-notch quality. Overall, the bike is meant to be a high performer and we expect it to arrive accordingly.

It is not yet confirmed, but the Hero X350 could come capable of running at a top speed of around 170 kmph.

The Hero XF3R could return around 30-35 kmpl of fuel efficiency when sanely ridden from the 300 cc mill. 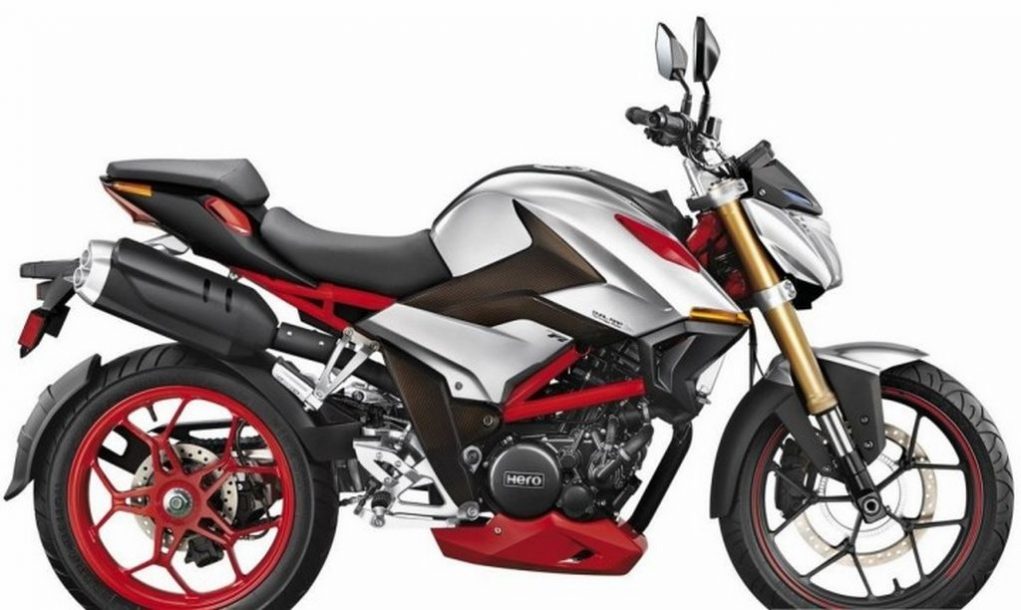