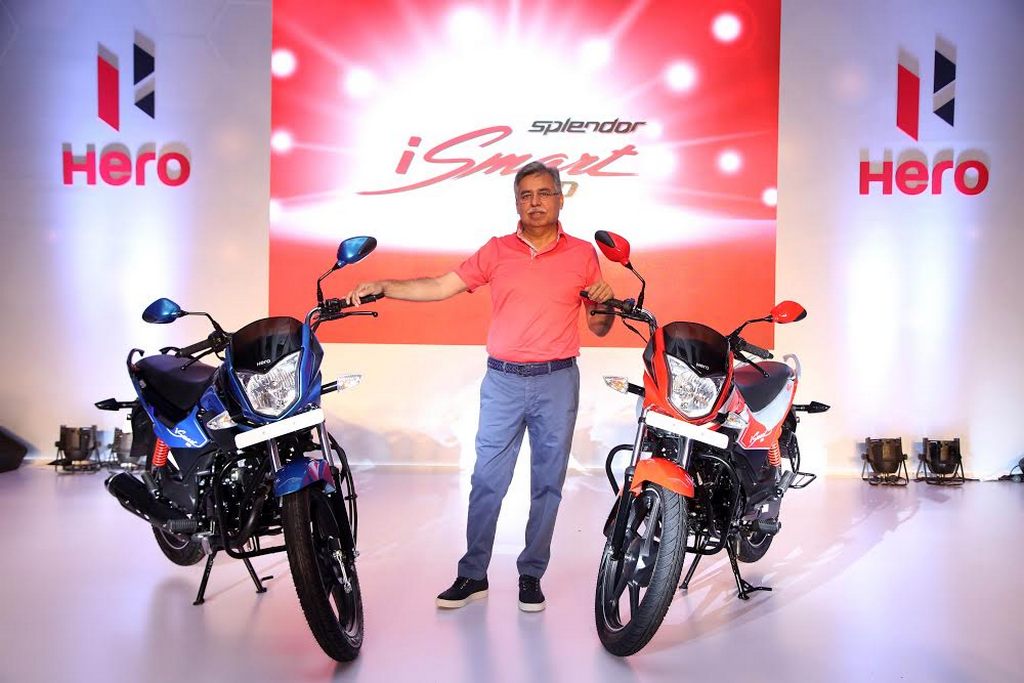 Hero MotoCorp has reappointed Mr. Pawan Munjal as the Chairman, Managing Director and Chief Executive Officer for the next five years as he will be taking charging from the beginning of October 2016 following his contract expiring at the end of September.

In the highly competitive two-wheeler space of domestic market, Mr. Pawan Munjal has been at the helm of Hero MotoCorp for several years now. He has helped the home grown manufacturer to expand its presence in the foreign markets while strengthening position as the leading two-wheeler maker in the country. In a bid to further consolidate leadership position and speed up the expansion in global markets, Hero MotoCorp has also announced shuffle in the pecking order. Mr. Vikram Kasbekar, Head of Operations & Supply Chain, has been appointed to the Board of Directors of Hero MotoCorp. The other big shakeup is the appointment of Ms Neerja Sharma as the Company Secretary and Chief Compliance Officer for the company. Hero has its presence in more than 32 countries across the globe such as Asia, Africa and South and Central America and wants to improve the export capacity as well.

With good corporate governance, Hero MotoCorp has enhanced the role of the Secretarial function. The promotion of Vikram to the Board of Directors and appointment of Neerja personify high standard of governance according to the largest two-wheeler maker in the world. Vikram Kasbekar brings along more than four decades of experience in the field of Operations, Supply Chain, Manufacturing and Project Engineering while Neerja Sharma has over 25 years of experience in governance and compliance as a part of senior leadership teams. Due to the shuffle Mr. Neeraj Mathur, Head of Strategic Sourcing and Supply Chain will now report directly to the CMD & CEO. He was instrumental in setting up a systematic Supply Chain Improvement program. Hero MotoCorp recently inaugurated a new Research and Development centre in Jaipur with an investment of Rs. 850 crore. Christened as the global ‘Centre of Innovation and Technology’(CIT), the facility will be responsible for the design and development of two-wheeler products for Indian as well as international markets.