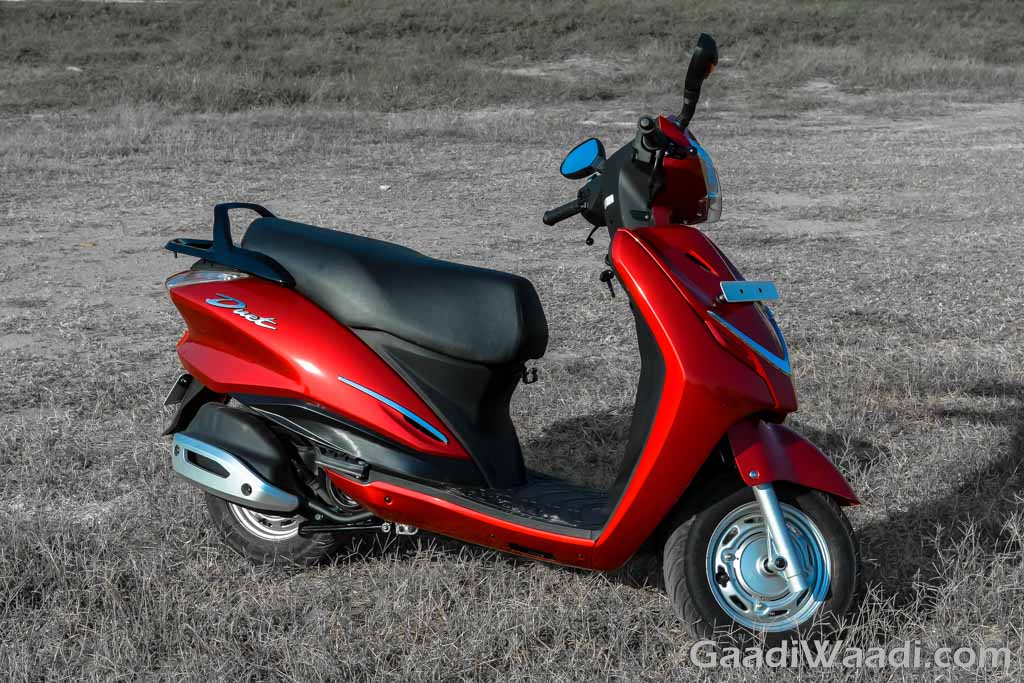 Hero Maestro Edge And Duet are going to jump-start the scooter segment once again as the largest two-wheeler manufacturer is stepping in after a really long time. Both scooters are absolutely important as the engineering and design is taken care by Hero for the first time post Honda break up. We all have been waiting to know about the specifications and in-depth details and today our reader Mr.Anand sends us brouchers of the upcoming scooters and it says everything we need to know about except the pricing, which could on the launch date.

To clear the air first, the Hero gets 111cc engine, which we told last time. The power figures stand at 8.45 BHP and 8.3 Nm of torque. The power comes at a very high 8000 RPM and torque too comes at a reasonably high 6500 RPM. What is also different on these scooters is the Maestro gets 12-inch wheels along with telescopic suspension and the Duet comes lower price range and hence gets 10-inch alloy wheels.

Surprisingly, Duet also weighs higher at 116 KG meanwhile the Maestro Edge is on the lighter side at 110 kgs. Both weights are for the top end variant, which are differentiated by wheelbase on the Duet. Two variants being planned, but it looks like none of those variants have disc brake as option. A lot of colors options are available for both these scooters. Both scooters have white,grey,black and red as standard between them. Maestro gets Techno Blue and Matt blue as different options, meanwhile Duet gets only green as a different option.

We expect these scooters to be class leading in terms of ride and handling as they are packed with superior hardware and tyres. Expect pricing for the Duet to start under the Rs. 50,000/- mark and Maestro should be somewhere between the Rs. 50-55,000 mark. Launch happens in less than a week so stay tuned when we bring you prices and more details.

Hero Maestro and Duet Broucher
1 of 5